Dogs are of very amazing nature, with unique instincts that vary from one dog to another. Similar to humans, it is very hard to know exactly how certain things a dog will accept and in which manner...

A video became viral of a family introducing their newly adopted puppy with their adult Golden Retriever, it was certainly impossible to know the dog's reaction as to how he would respond. He might have some jealous feeling of his new fellow, thinking for the divided love & care or he might think for having a new friend to play with …? Thankfully, Recording was done and this entire scenario was captured.

In the very beginning of the video, it was found that the older dog was once introduced with the tiny creature, who can just fit in the palm of the owner’s hand, was seen a little confused as to how he should greet the rescued puppy, according to the video’s description. 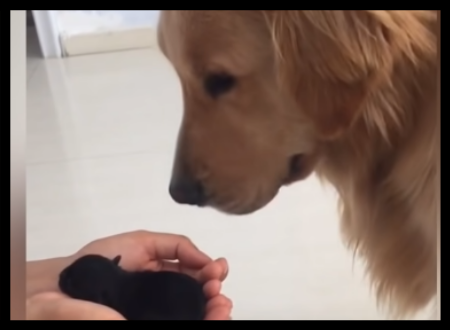 Once the little fella is put back into his tiny house, the bigger boy rapidly goes over to him watching his tiny steps crawling out. The Bigger Dog, at-last decides to place with the new friend, he picks up a shoe and presents it for a game of tug-of-war, but the puppy seems to be too small to play as of now.

The action goes a little deeper, in the very next scene, the pup is found to be drinking a small little dish of milk with the bigger friend at his side drinking from his own, large bowl. 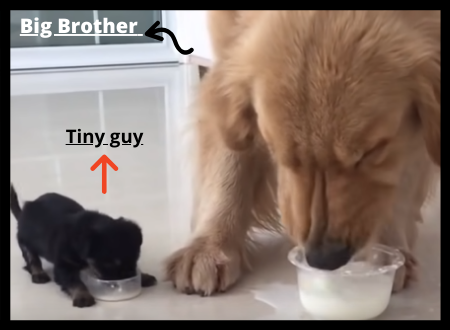 As the time passes, and the puppy is enough to play, the bigger fella is too excited to have a full-time playmate …! As we know, the pup is very small in size but they manage to play with each-other which includes chasing each other .In Last, the friendship grows to strong and now the tiny puppy crawls between the legs of his big friends and seen to be taking a nap

Whenever a human plays piano, the little guy seems to be enjoying it too much!