Time to break some stereotypes.

Dogs and mailmen – we all know how it goes. Dogs absolutely despise mailmen. I myself have seen a couple of dogs chasing a mailman down the street. The poor guys are just trying to do their job, and the dogs are trying to protect their home. So we can’t really blame everyone. Mailmen receive special training in regards to dealing with canines. This is how the universe has always worked, but we all know there is an exception to everything. Some people don’t let stereotypes affect their life.

One man, Cristiano da Silva Antunes, also known as Carteiro Amigo Dos Animais, which translates to “Animal-friendly postman” has decided to break this stereotype of Postman-Animal hatred. He befriends every animal he meets during work, and takes pictures with them! He posts them on his social media for the world to enjoy. Scroll down below to see some of our favourites:

1. Posing with the mailman. 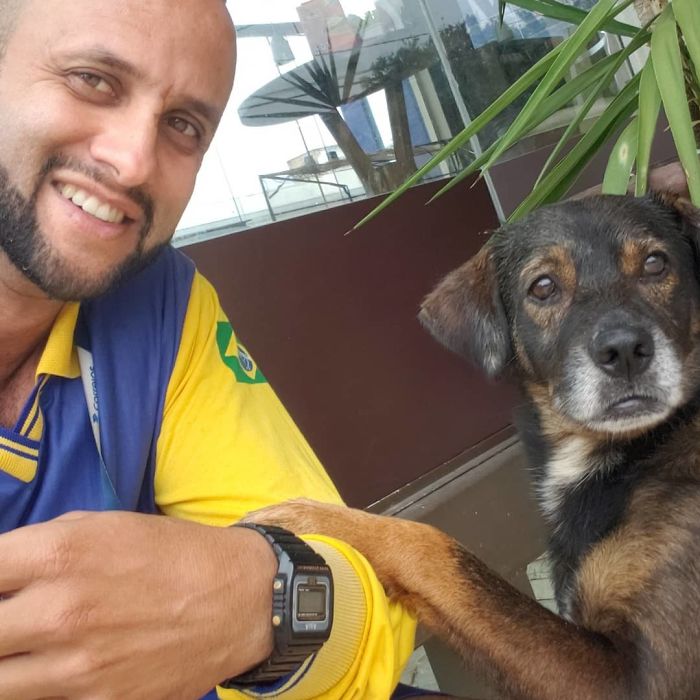 2. Smile for the camera! 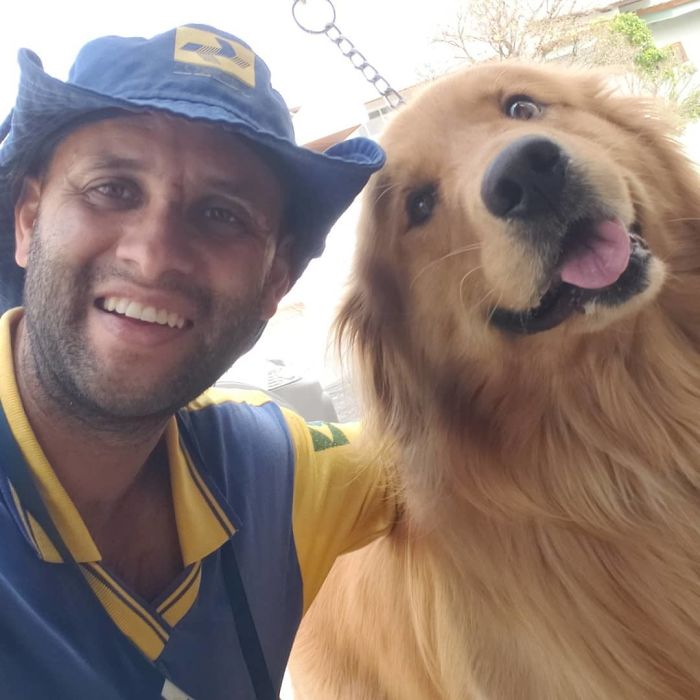 3. Someone is excited to see the mailman. 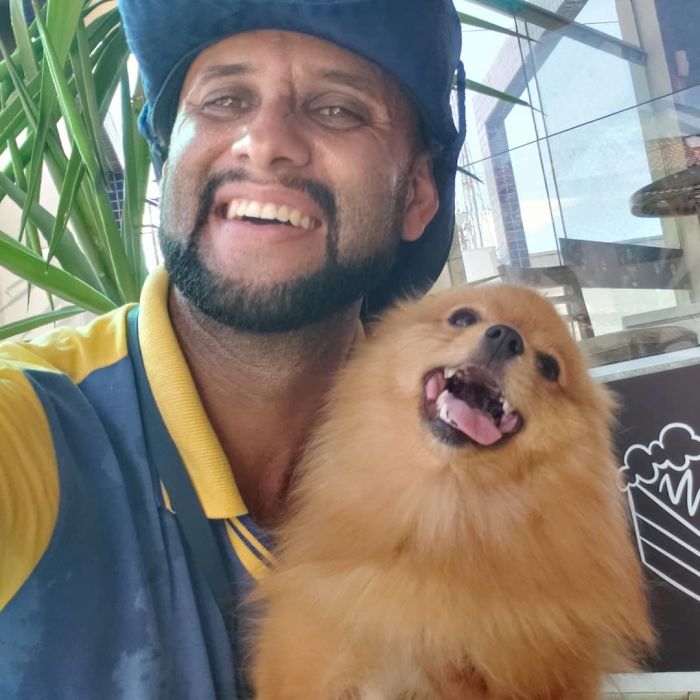 4. The hysteria in his eyes. 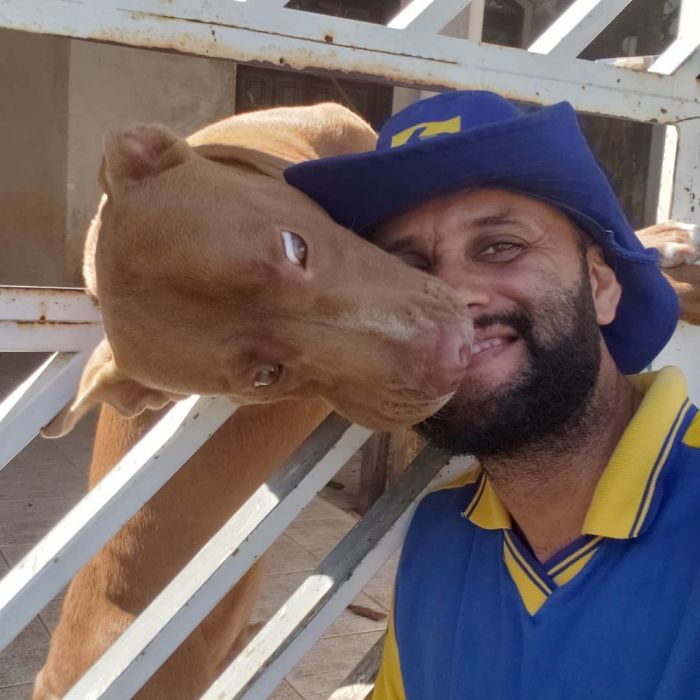 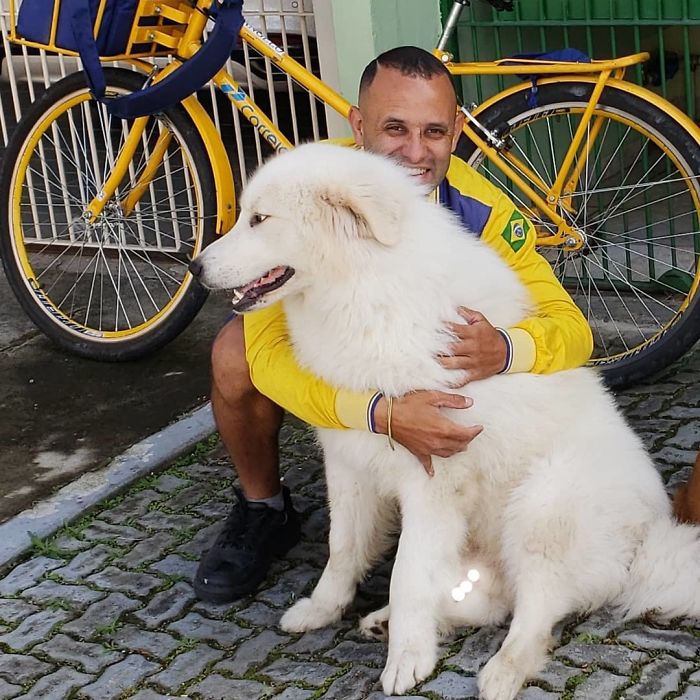 Christiano doesn’t just like meeting animals at work, he also rescues some off of the streets that require emergency veterinarian attention. He takes them to shelters and helps them. He wishes to open his own animal shelter someday, and he has our full support. 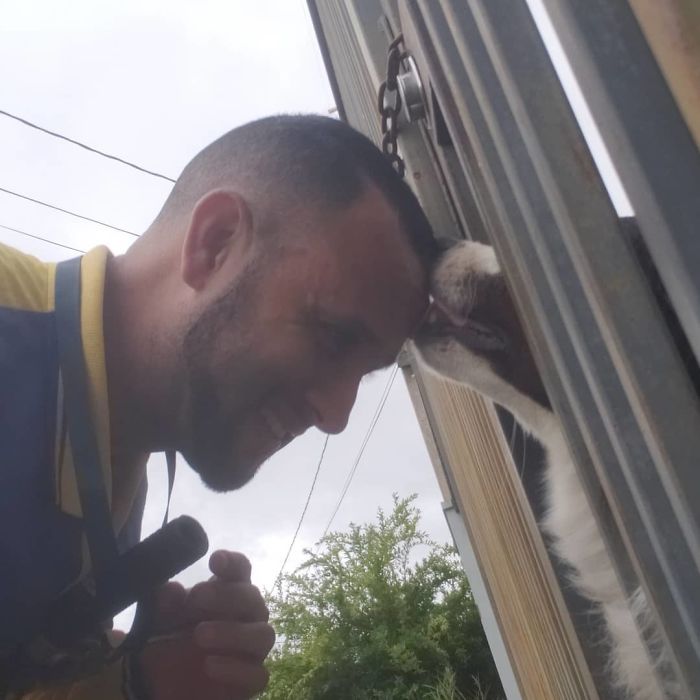 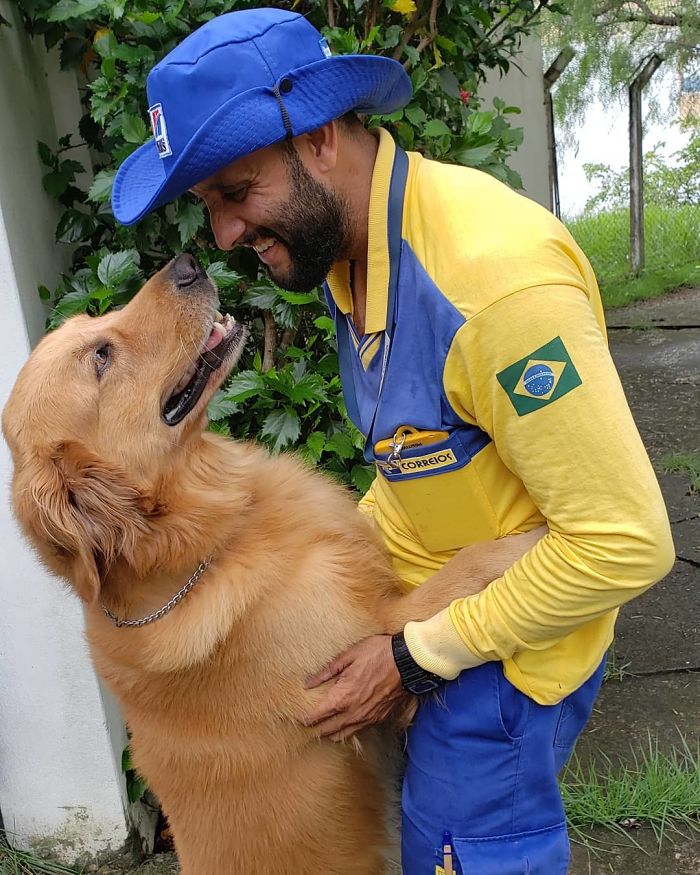 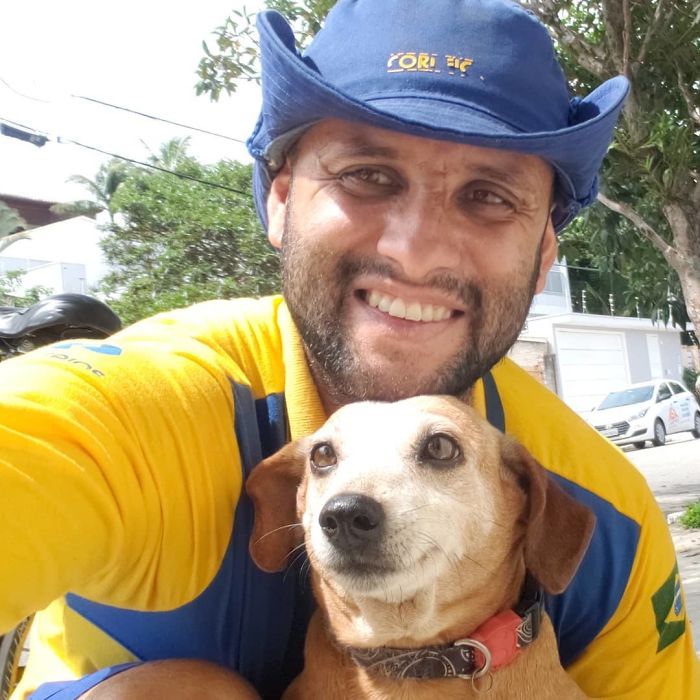 9. Only at peace with his favourite human. 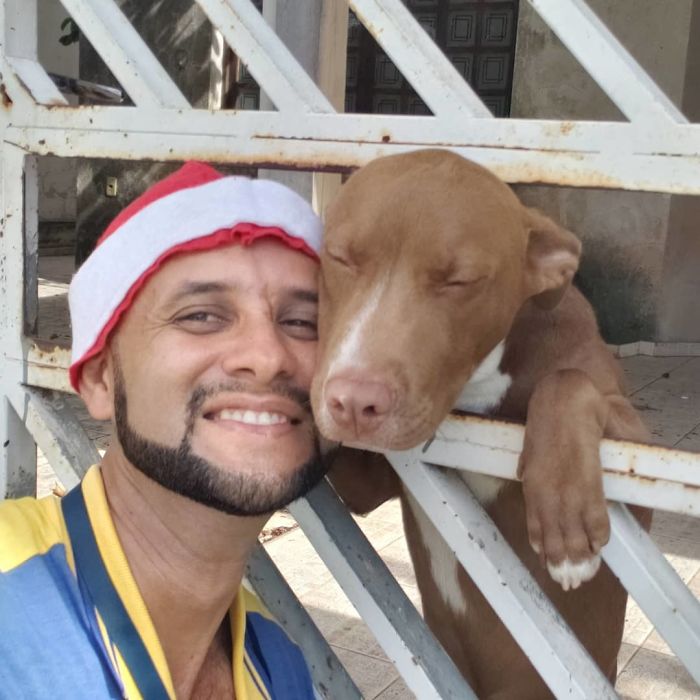 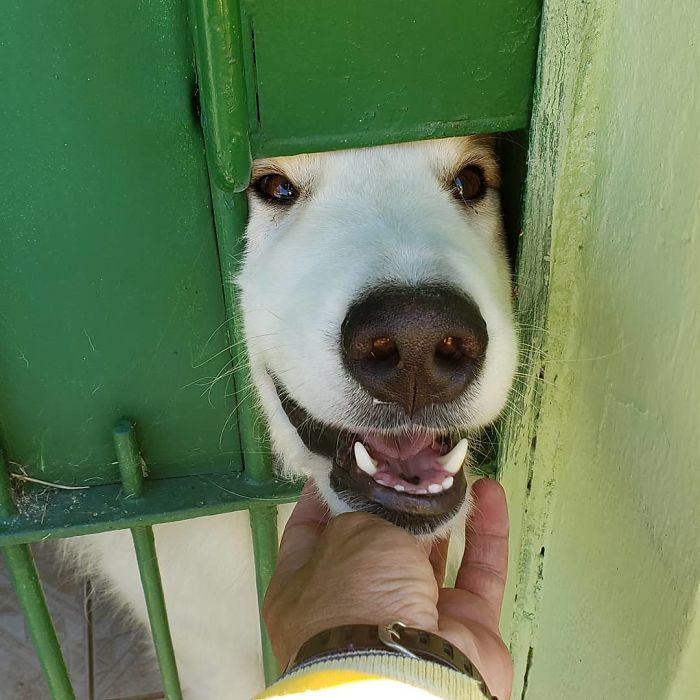 Befriending a dog can take a little time if you’re a mailman. So this guy goes through an entire process. He first says hello to the dog and gets familiar with him. Then he lets them sniff his hand from a safe distance, and finally, he gets closer and lets them lick him. 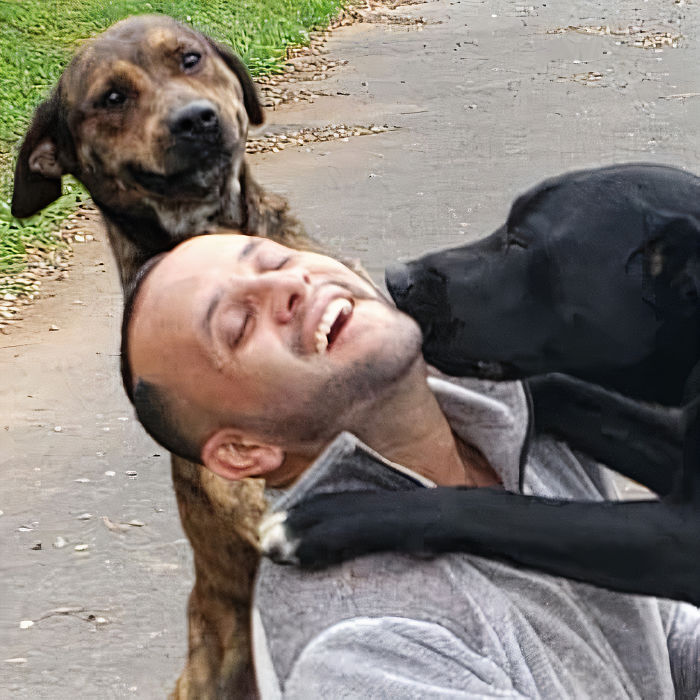 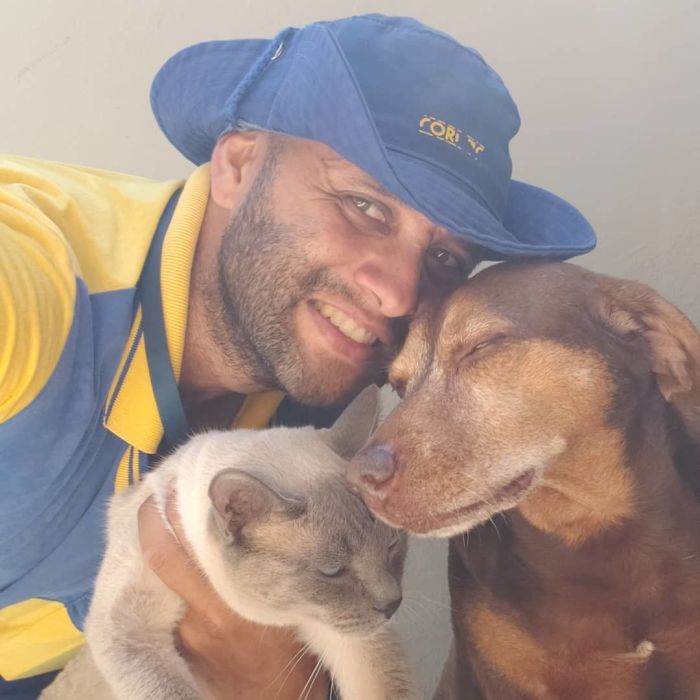 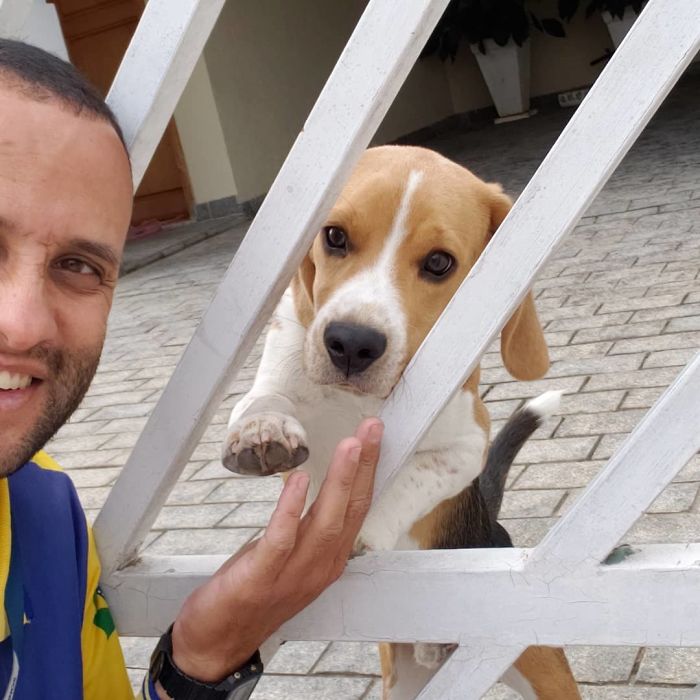 14. The best buddies are always four-legged. 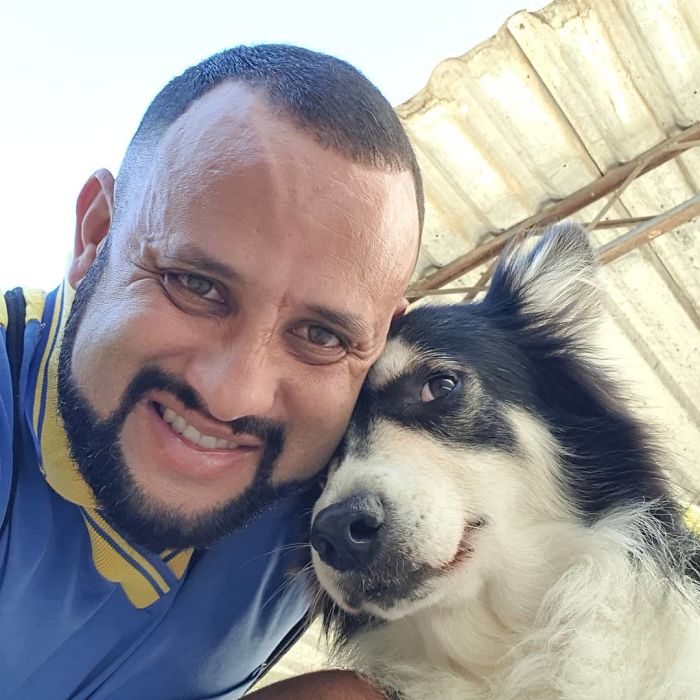 15. I wish I was surrounded by this much love. 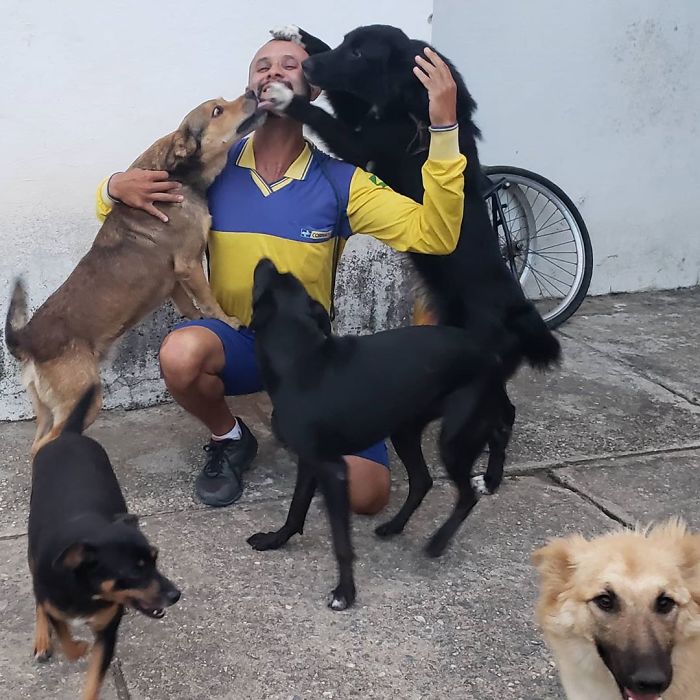 The mailman himself owns a couple of dogs and three cats with his wife. He has always been surrounded by dogs ever since he was a child, which explains why he loves them so much. The postman entertains his 87k fans by posting pictures of his new furry friends. We patiently wait for his recent pictures. Because of people like him, maybe dogs will start becoming more friendly towards mailmen.

16. Must welcome human with licks. 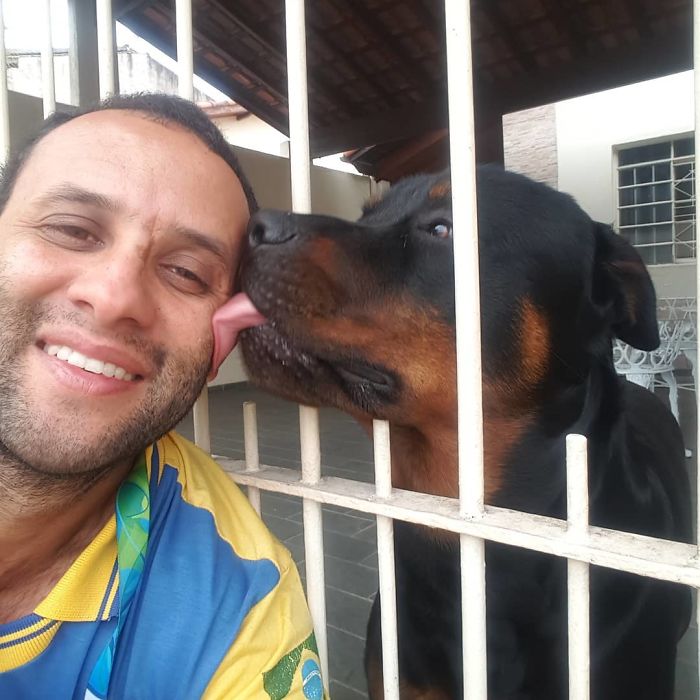 17. When you meet your best friend after ages. 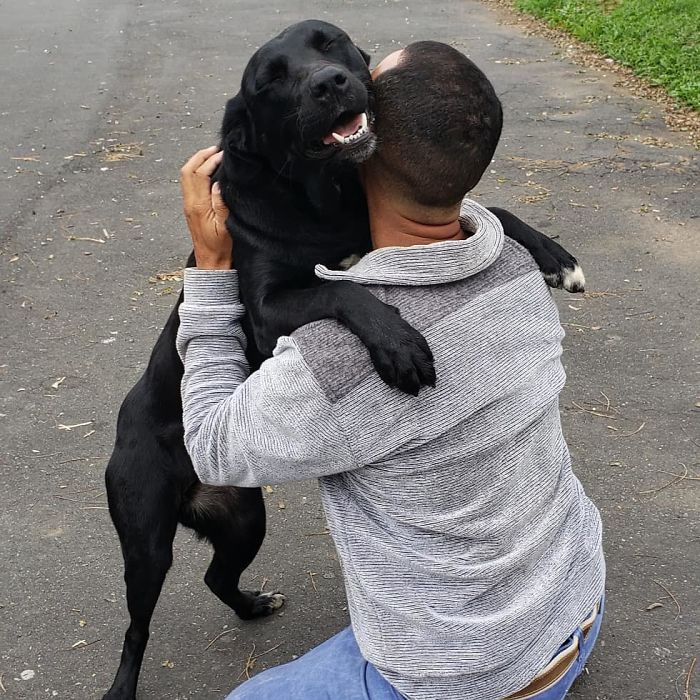 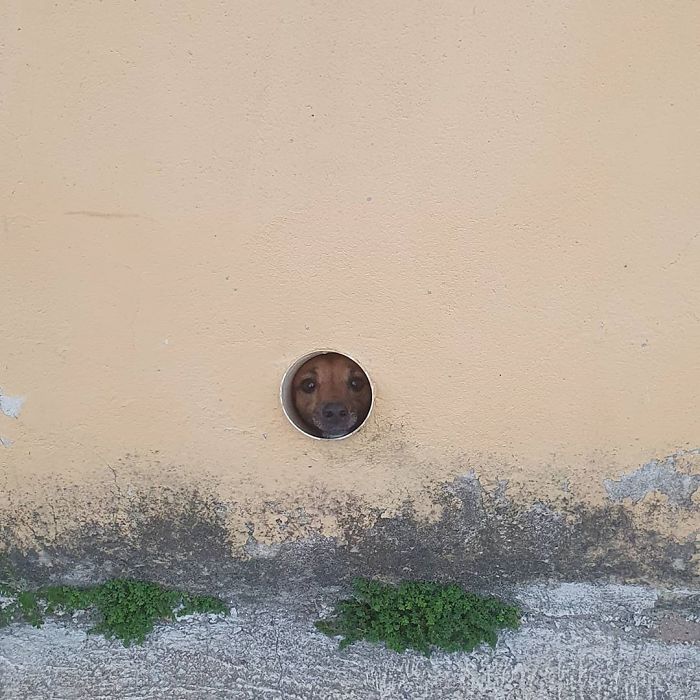 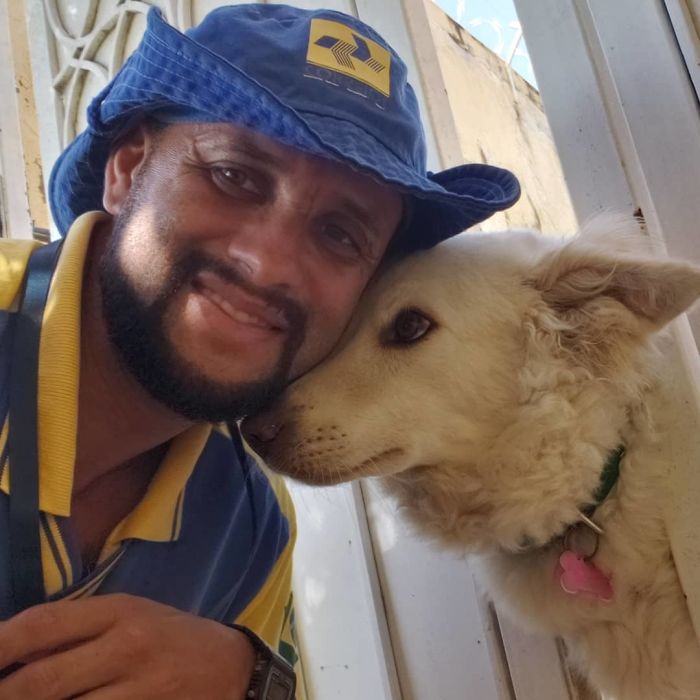 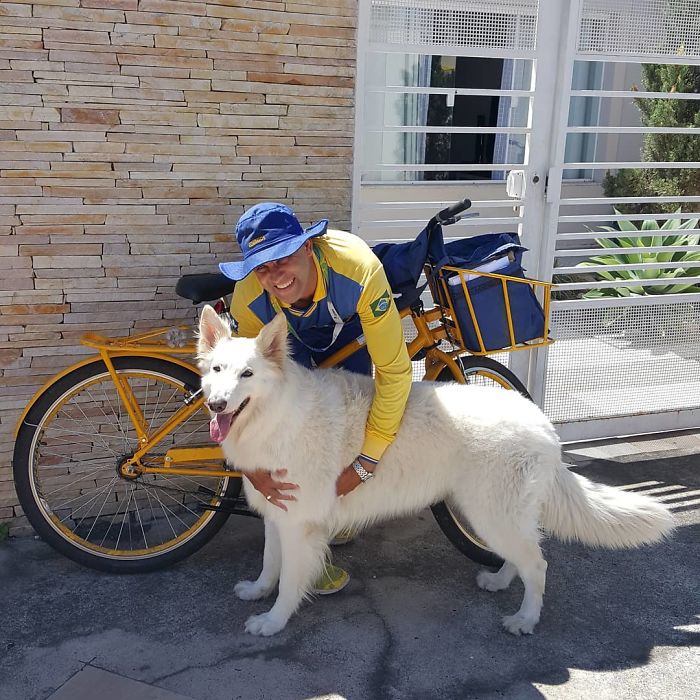 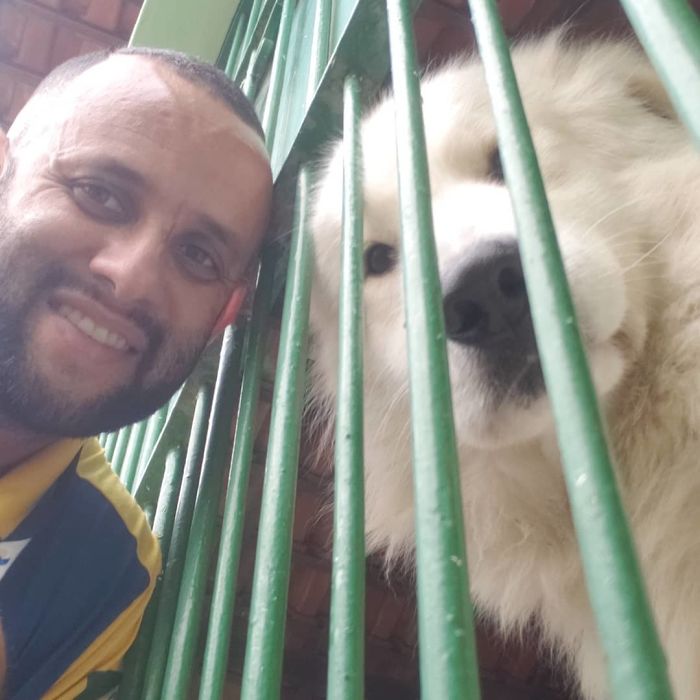 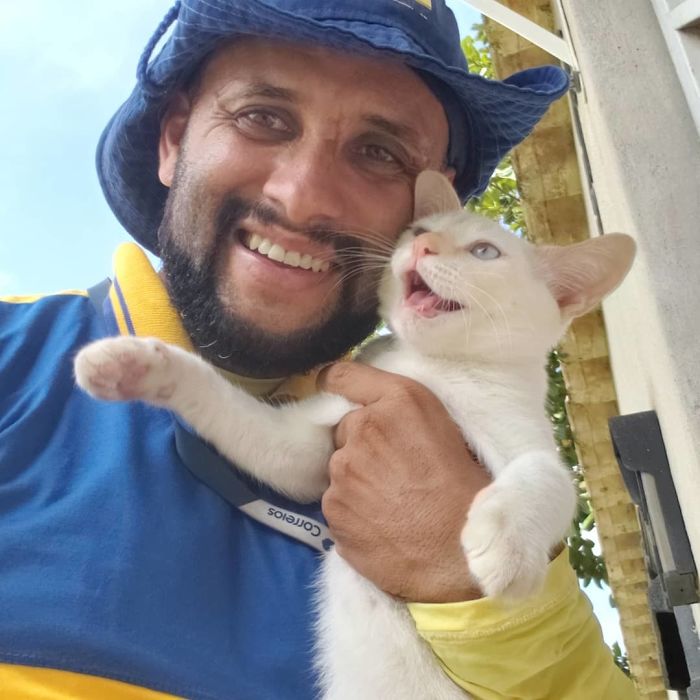 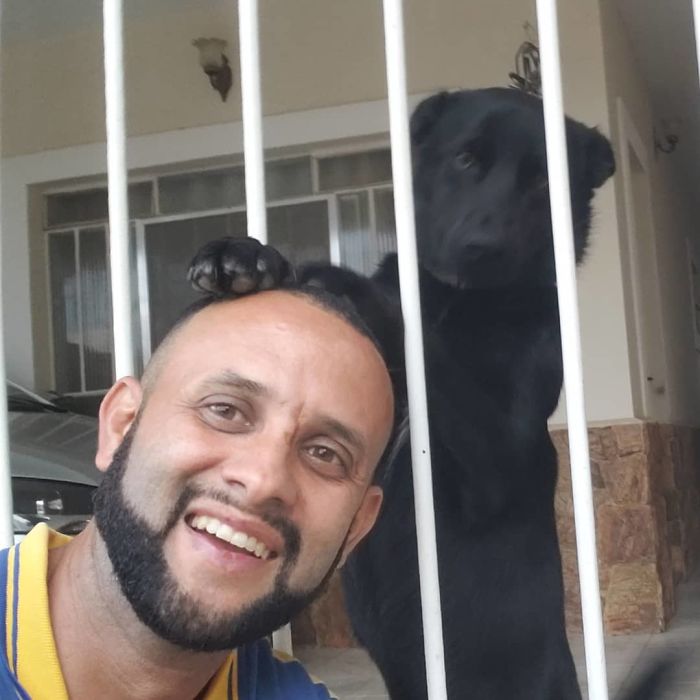 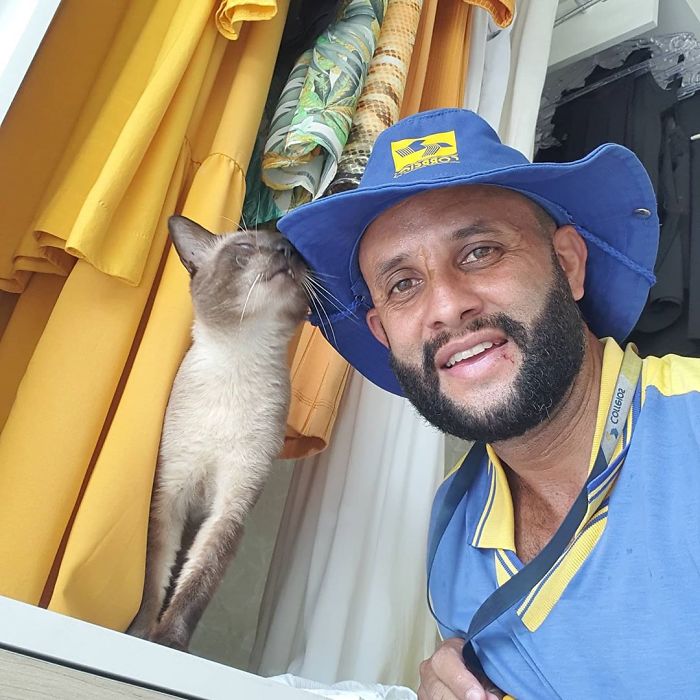 25. Cats in their natural habitat. 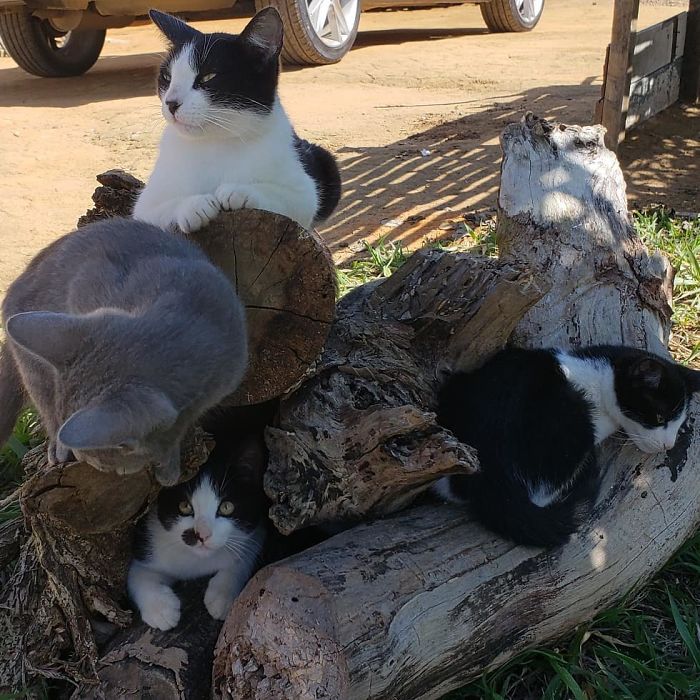 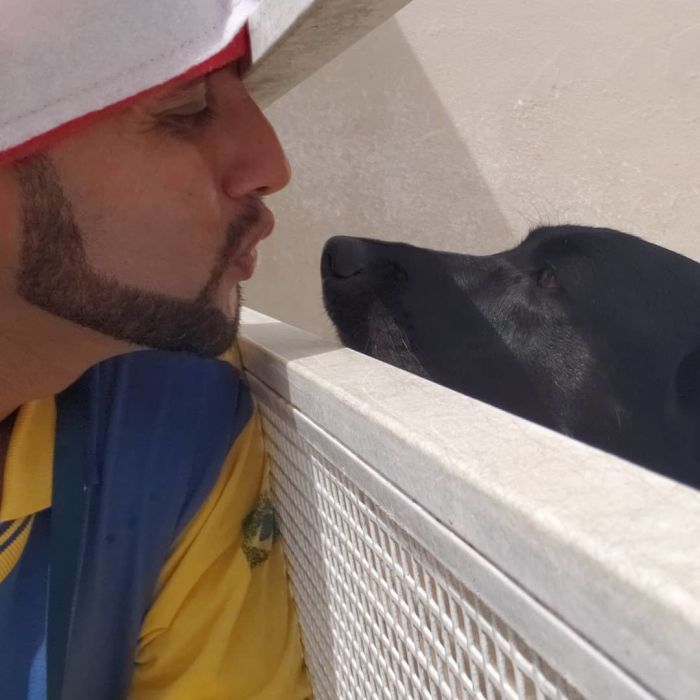 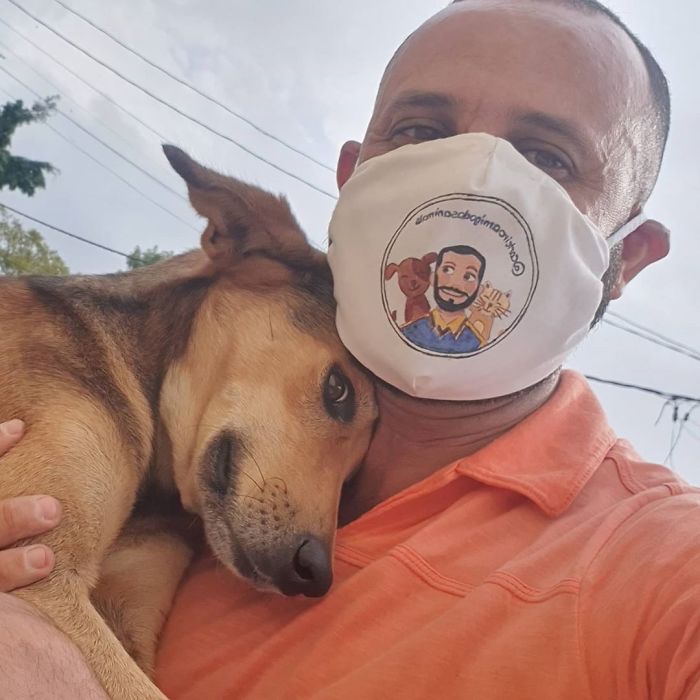 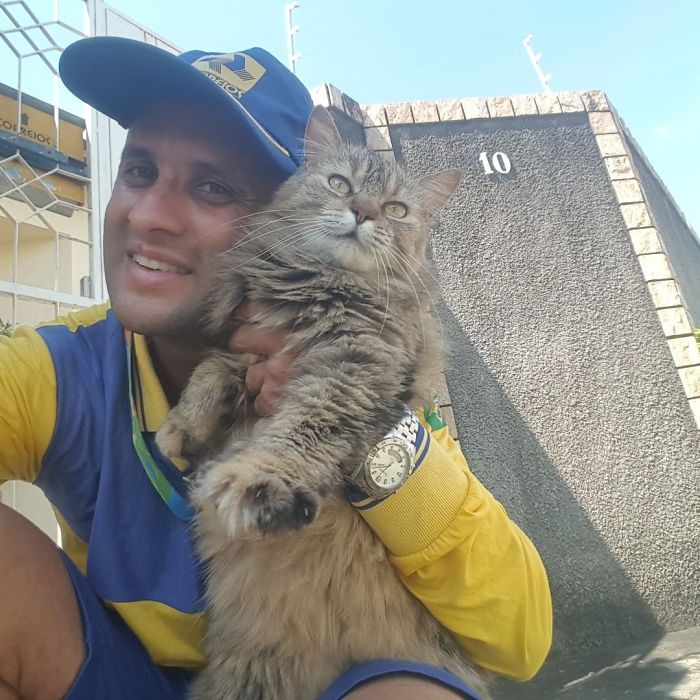 29. And they say Pitbulls are supposed to be violent? 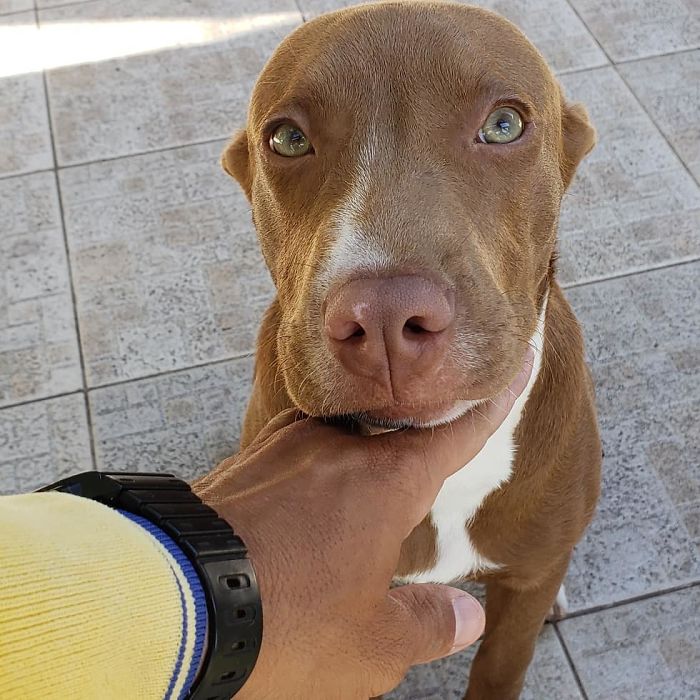 30. The human is sniffing the dog this time. 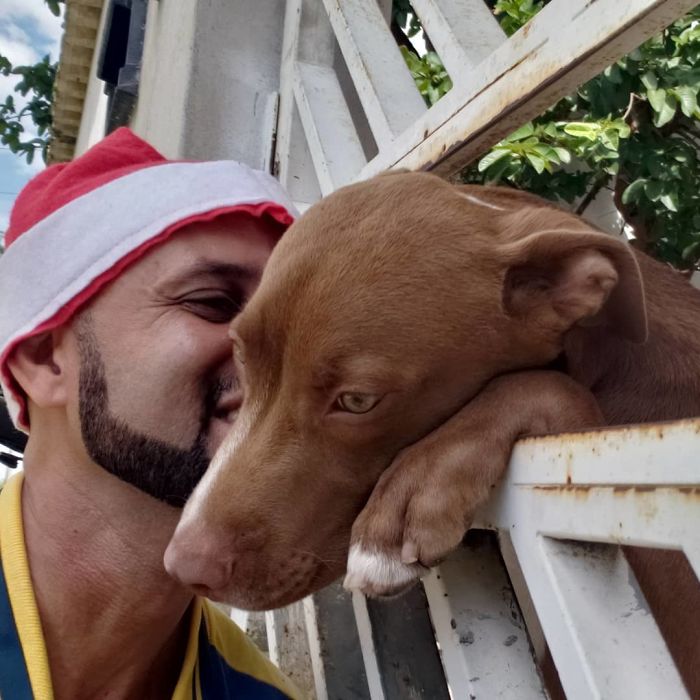