This hilarious dad surprised his daughter with a new feature for their house.

When Lindsay Smith came home from work one day, she found that her father had installed two doggy peep-holes in the door leading to her yard.

Now, her dogs could greet her before she even had time to enter the yard and they could keep an eye on everything and anything going on beyond the door.

Her two pups were super excited by their new little “dog-windows” and looked absolutely hilarious as they tried them out.

Lindsay’s father had installed both eye holes and nose holes.

Now the pups can greet Lindsay before she even opens the door.

Both Bella and Molly were thrilled with their new peep-holes.

Bella had a lot of fun trying them out. 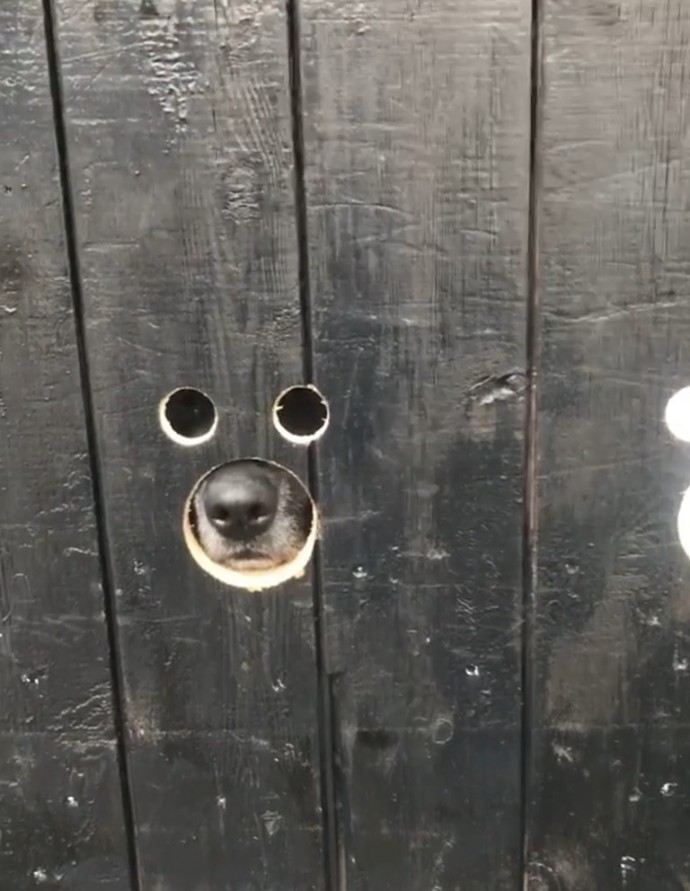 And Molly was also super excited by the new “windows”. 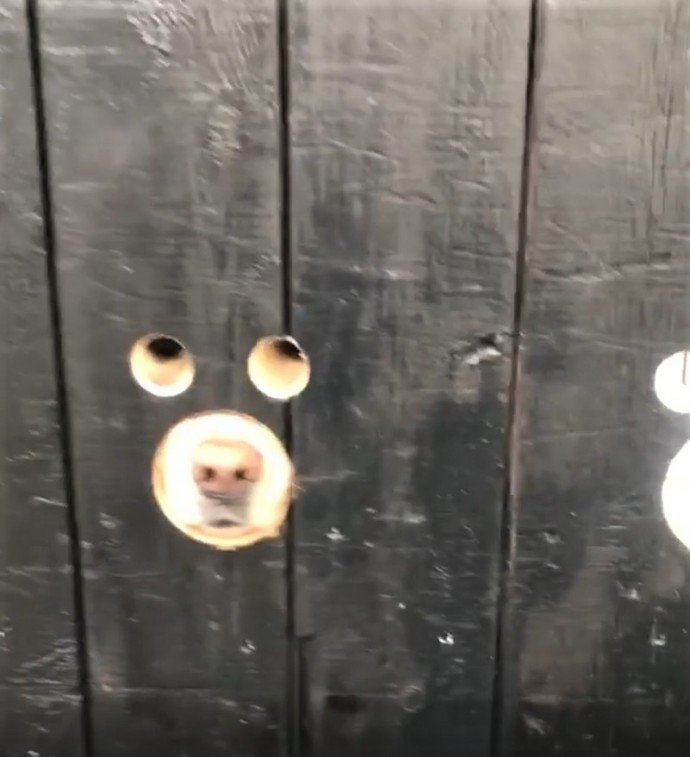