Dog Found A Baby Animal And Brought It Home, And It Turned Out To Be A Bear Cub - Text From Dog

A family dog in Washington County brought an unusual find from one of his walks. His family was stunned when he showed up in front of them with an orphaned bear cub.

The baby bear weighed only 1.2 lb and was severely dehydrated, and with mom nowhere around – there was only one solution. It was immediately taken to the Wildlife Center of Virginia, where it was placed in an incubator and under supervision.

“It’s a great example of all of us working together to provide what a wild animal needs most!” said Amanda Nicholson from the Wildlife Center.

And she is right. 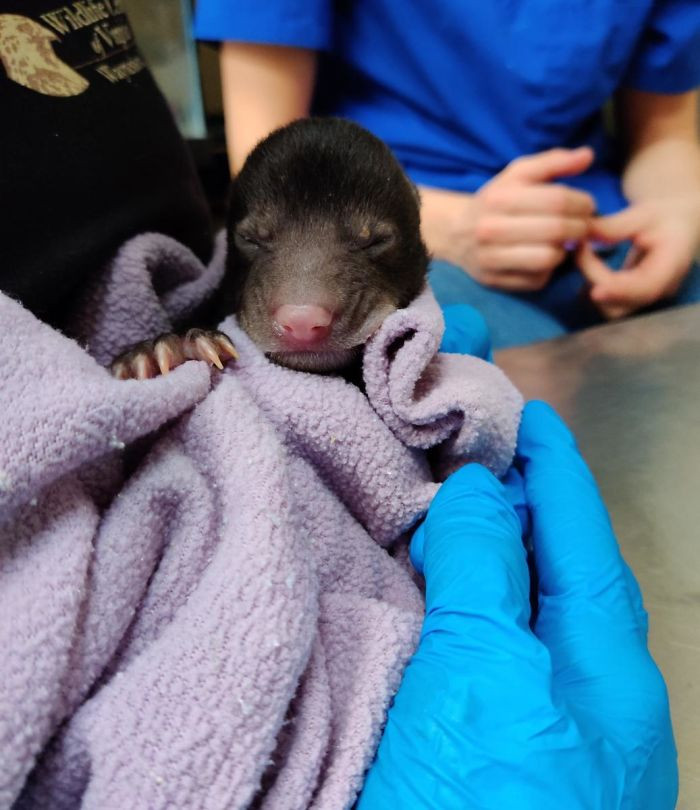 It was dehydrated and weighed only 1,2 lbs. 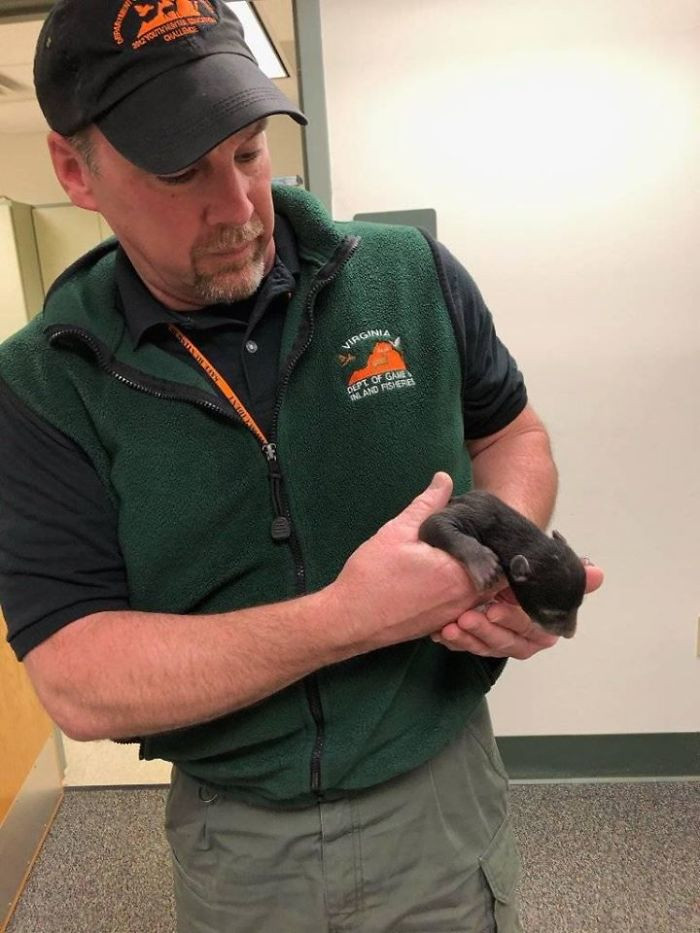 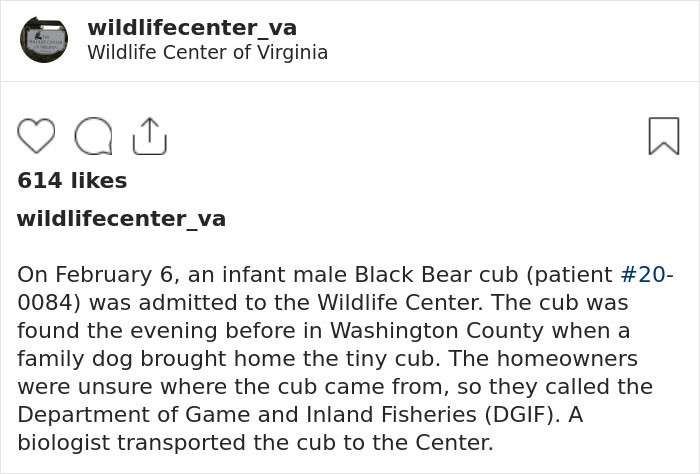 The reporters spoke to Amanda Nicholson, the director of outreach at the Wildlife Center and she has good news “The black bear cub was successfully fostered on Wednesday! He’s out in the wild with a new mom now.”

Fortunately, the baby bear was found in good physical shape. “It is fairly common for us to receive wild animals that have been picked up by pets, but it’s uncommon that they are uninjured. Sadly, we see a significant number of injured wildlife from free-roaming housecats, and dogs will also often disturb nests of some ground-dwelling wildlife.”

“We treat more than 3,000 wild animals each year in our hospital; a number of animals come to us sick or injured, and we have a veterinary team at the ready to provide whatever treatment or surgery is necessary. We also receive a number of healthy orphaned animals, and our rehabilitation staff will raise them until they are old enough to survive on their own back in the wild. In the case of this bear, we settled him into an incubator and calculated a ’round-the-clock feeding schedule with a specialized formula to meet his nutritional needs.”

Luckily, the family brought the cub to the Wildlife Center 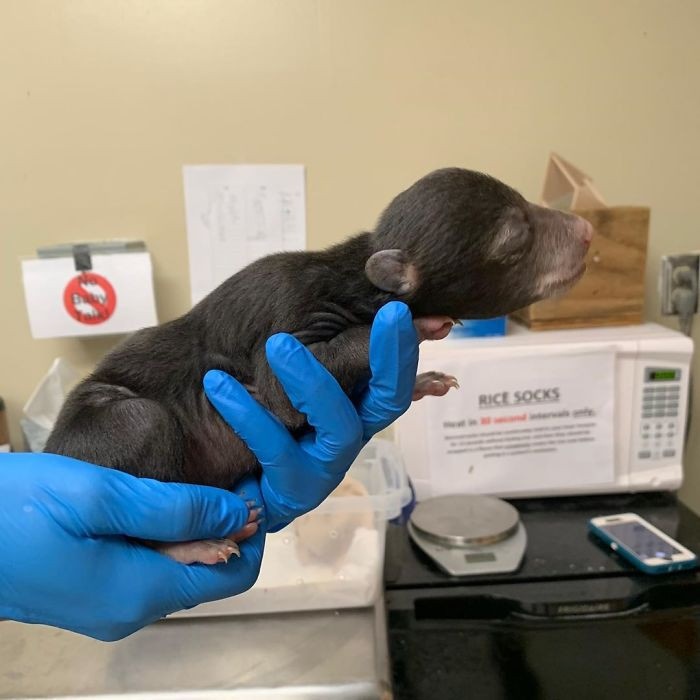 Soon after that, the cub started to gain healthy weight. 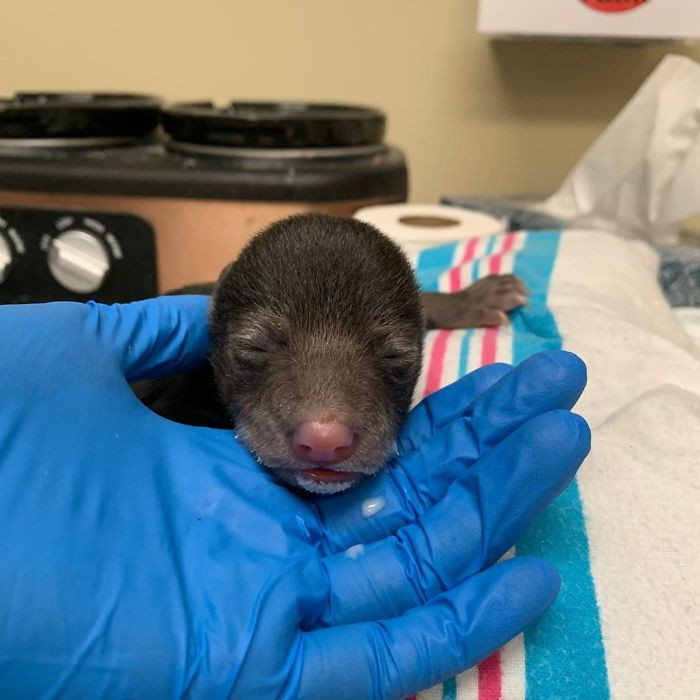 The baby black bear is small and helpless now, but once he becomes a fully grown adult, his weight might go up to 500 lbs. He will be tossing rocks weighing over 200 lbs. with a single paw. That said, interested in meeting one face-to-face, it’s safest to avoid wooded, hilly regions. Black bears excel in climbing and swimming, and although they look big and clumsy, they are actually pretty fast runners.

Baby bear is now with his foster bear mom.

He also has new brothers and sisters. 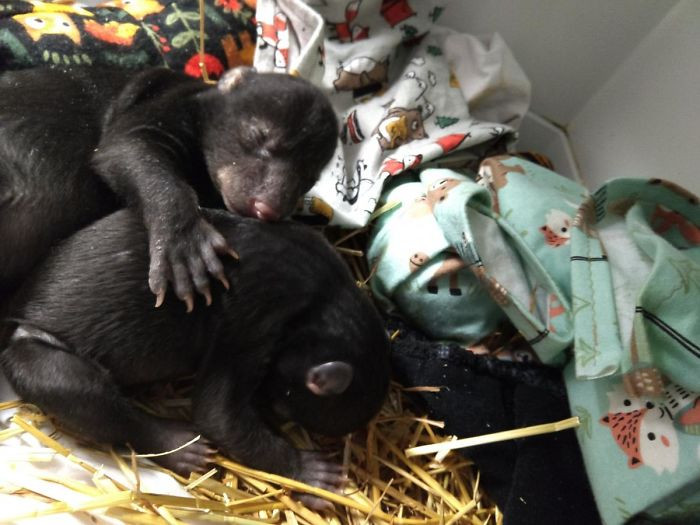 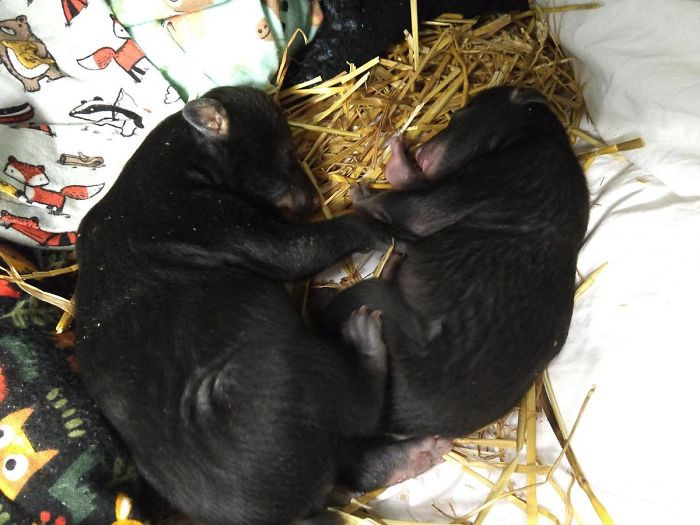 How should you react if you find a black bear cub in the wilds? The administration of Alberta, Canada, which has a steady population of 40,000 black bears, has published recommendations for handling a black bear in the wilderness. “If you find a bear cub alone, do not interfere with it. Doing so can be detrimental to the bear’s wellbeing, and can place you at high risk if its mother is nearby. Although black bear cubs normally remain with their mothers for up to 17 months, they are self-sufficient at five months.”

And why do these lovely creatures become orphaned? It occurs for a couple of reasons: “the mother abandons her cub(s) due to her inability to produce milk; there’s fire or drought; humans disturb the den sites.”