Donna Lochmann has a heart for rescue and that really came in handy when a stray puppy named Chowder needed that heart the most. In St. Louis, on a bone-chilling, cold and rainy day, Chowder curled up in a neighborhood dumping ground for abandoned furniture and even trash.

Behind a garage, little, puppy Chowder took solace from the rain in that chaotic space, probably feeling quite lucky to have found the spot he did. A nearby couple saw the puppy huddled up and thankfully, they did the right thing.

In an interview with The Dodo, Donna said:

“[There’s a] super nice couple who lives in the area, and the husband had apparently gone out to the alley to throw some trash away. When the husband went out, he noticed that this white dog had found shelter underneath this corner of a mattress … and he gave him a little bit of food and water.” 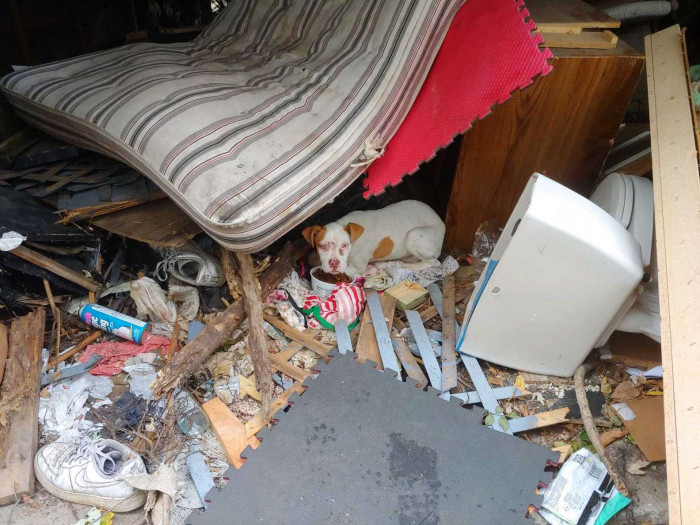 When Donna got the call, she rushed to Chowder’s side. At four months old, the pup was alone and needed medical attention.

She couldn’t believe how trusting the puppy was, though! She told The Dodo:

“When we got out [of the car] he ran right up to me. He was just the friendliest little guy. He wasn’t afraid of us or anything like that. I think he was just really happy that someone was being nice to him.” 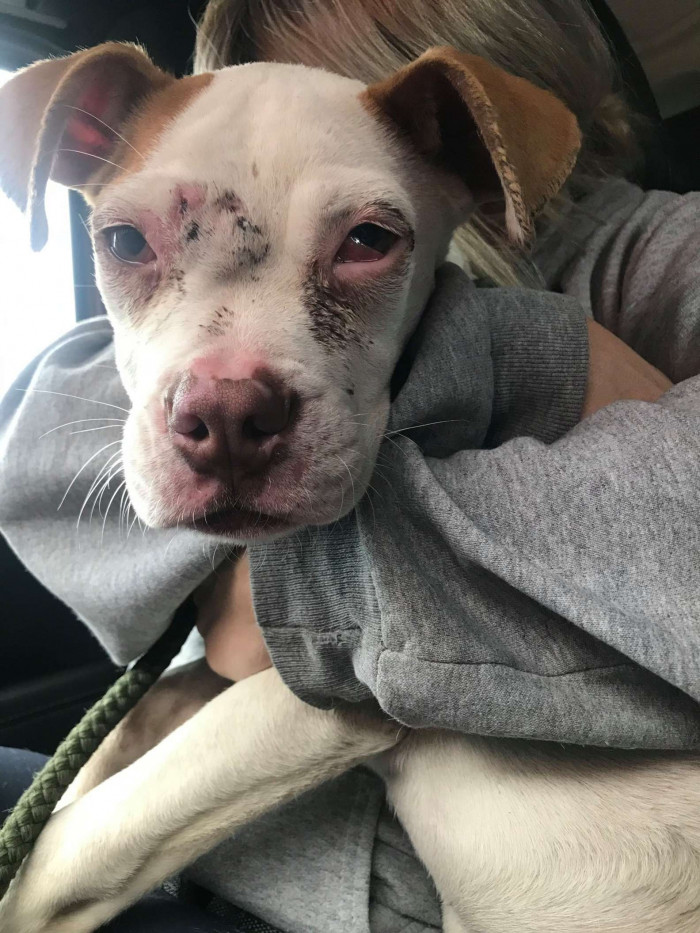 Relieved that Chowder was receptive to her intentions, she put a leash on the puppy.

Donna was delighted that Chowder got excited with the leash around his neck but when she picked him up, he put his paws on her shoulders. Donna handed Chowder to the co-volunteer with her that day and was amazed at what happened next. 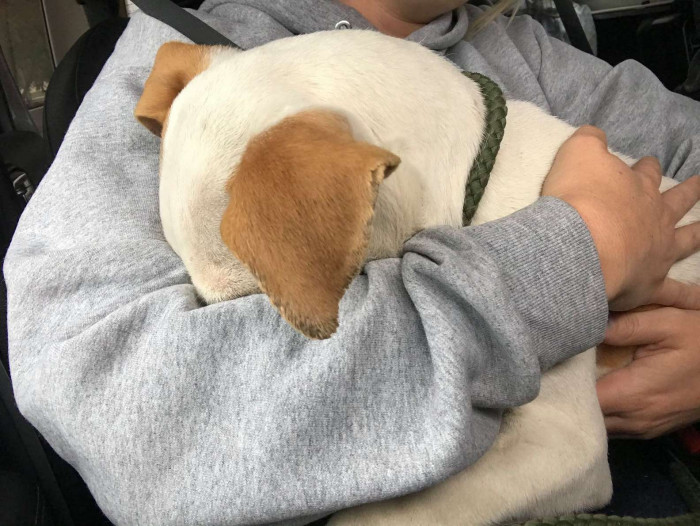 “He went up and sat on her lap and just snuggled with her. He had his head on her shoulder and just buried his face in her arm. He was just so thankful to be warm and to have people be nice to him.” 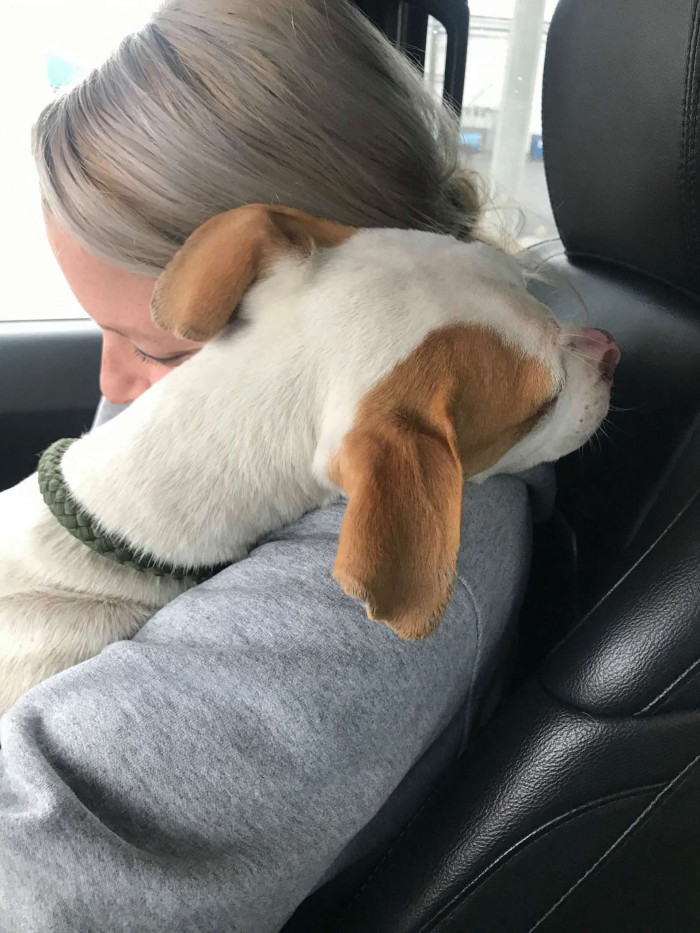 Chowder ended up spending the entire drive to the shelter snuggling his rescuer, as if to affirm he knew he was finally safe. 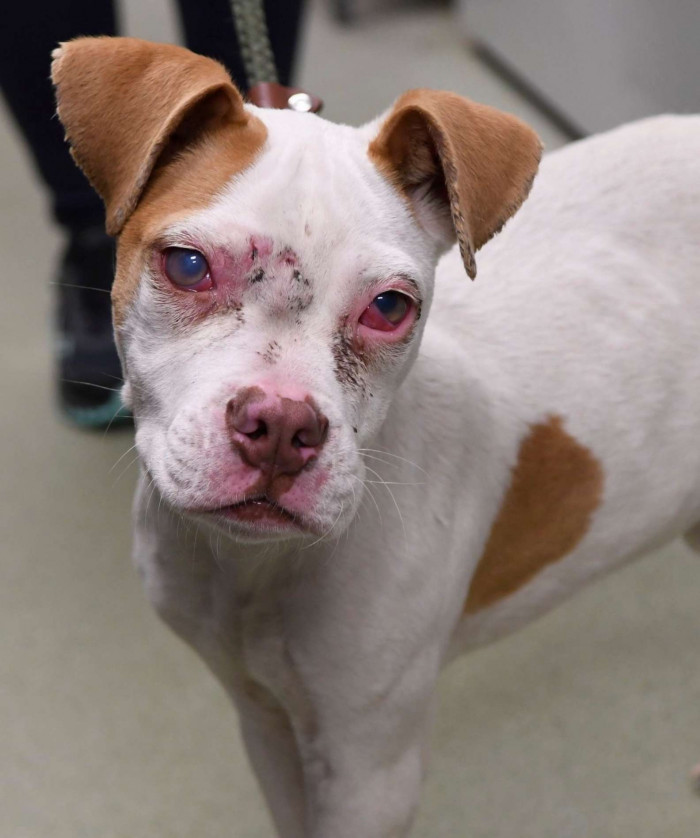 In the safety of the shelter, Chowder’s personality began to burst.

“He is getting LOTS of love and kisses here at Stray Rescue. Our vet team is treating his eyes and wound, and keeping a close eye on the swelling and irritation.” 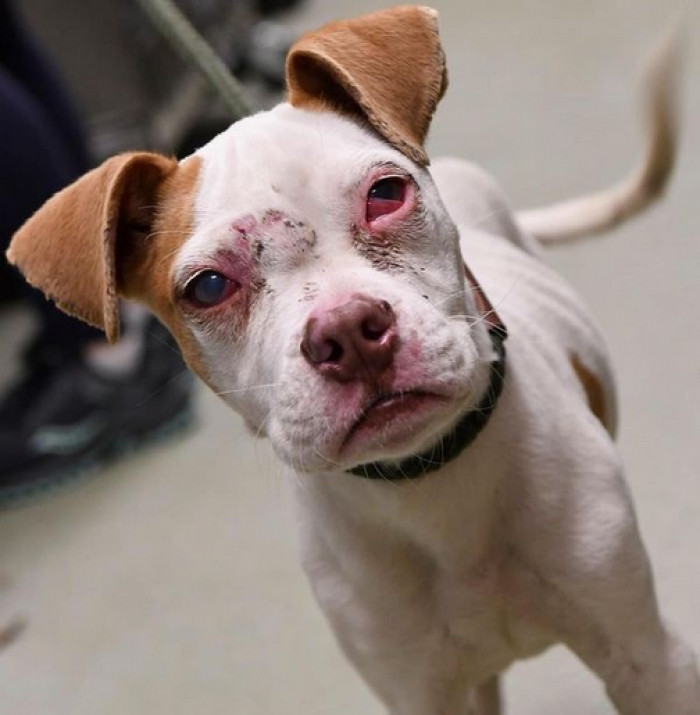 “He has a great appetite and is loving showing off for all of us with his puppy hops and twirls.” 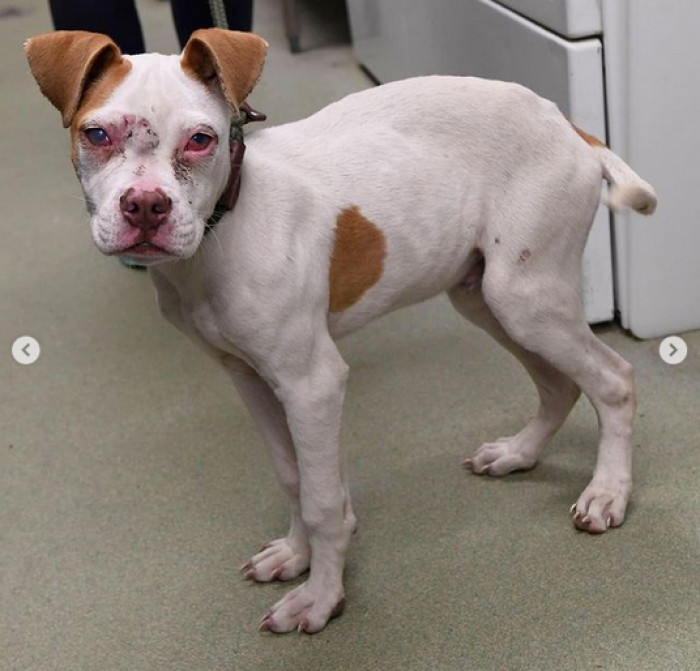 Today, over a month since he was rescued, Chowder is about 6 months old and living in a foster home.

He was neutered and given medical treatment and is now up for adoption. His adoption profile says:

“Chowder is a energetic puppy. He would work well with a child and another dog to wear him out. If you have none of these things, be ready for walks and belly rubs! He loves chasing leaves, playing fetch, and going for walks. Chowder gets along with other dogs and cats. Still working on potty training. There are less and less accidents.” 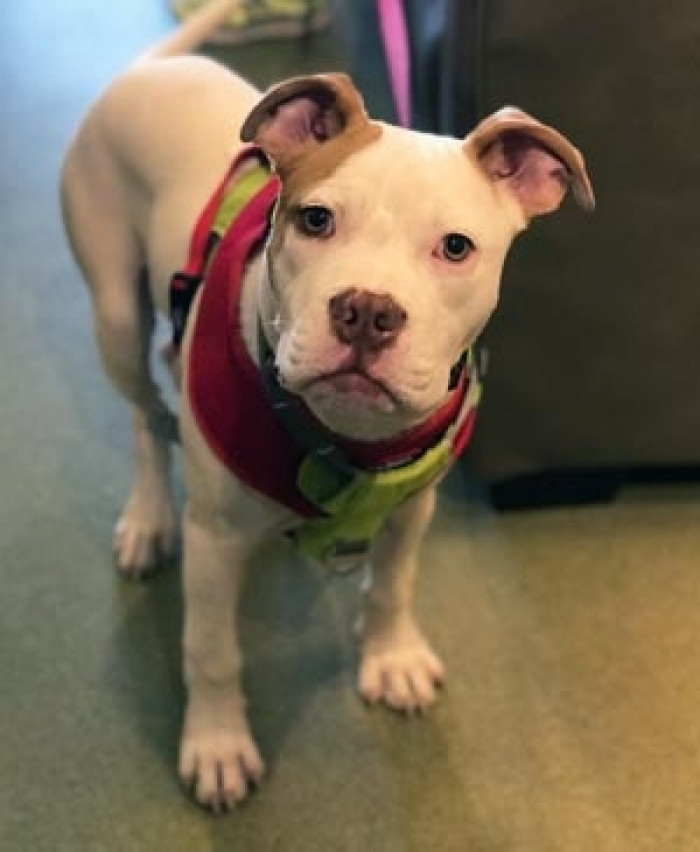 If you’re interested in adopting Chowder, you can fill out an adoption application here. To help other stray dogs like Chowder find their forever homes, you can make a donation to Stray Rescue of St. Louis.