A dog named Grinch was rescued and brought to a Shelter based in South Texas. He was extremely sick with his hair all gone and his skin was all scabby and had turned gray. The way he looked gave an appearance of a carved stone statue than a living, breathing dog.

Once he reached the shelter, the employees of the shelter realized that he requires more specialized care. Otherwise, he will not survive. Therefore, they contacted Rescue Dogs Rock NYC to help them with Grinch.

Grinch in his state of sickness

A volunteer and Texas team leader of Rescue Dogs Rock NYC, Randie Semel shared with The Dodo, “He looked so sad and was in such deplorable condition that we obviously stood up and agreed. Not only were we unable to tell what type of dog he was, but clearly he had been suffering for quite some time.”

“He looked more like a statuary than a living creature,” she told. 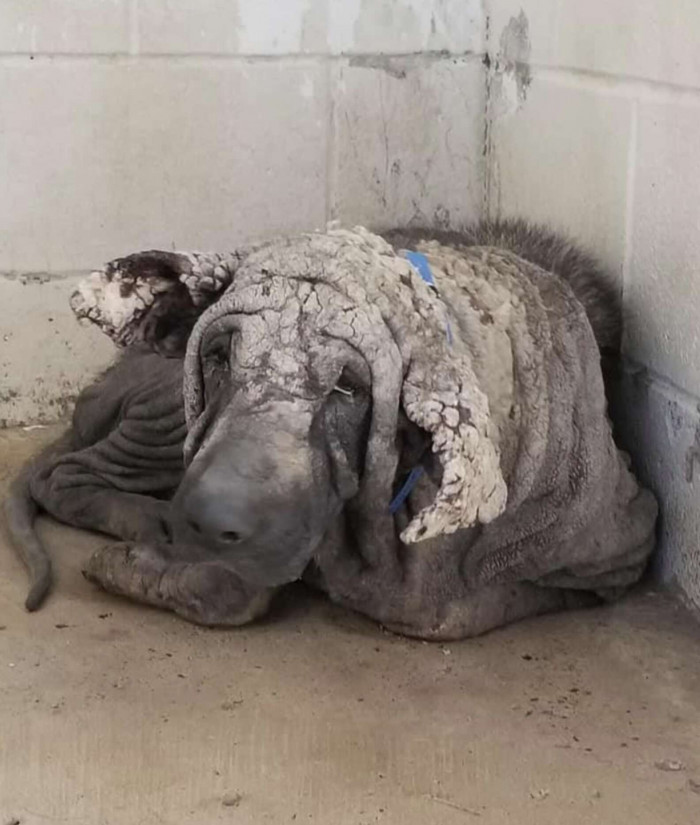 Grinch on the road to recovery

For over a month, Grinch underwent rigorous treatment to cure him of his skin ailment and to get him to gain weight as well with the help of a local vet. After a month’s treatment, he recovered and was then sent to Northeast for placement in a foster home.

He reached there in December. Although cured mostly but he still had a long way to go to recover from the ailments he contracted while living off the streets. “He was really shy and scared of everyone who was around him,” Semel shared. “He sort of backed away from other dogs.” 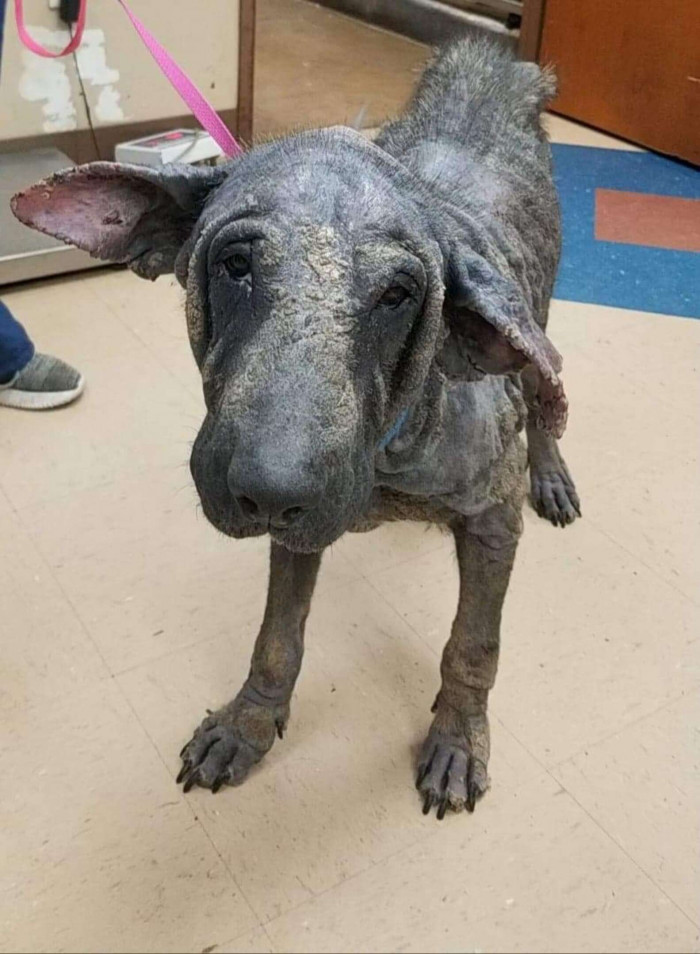 Over the due course of time and with the love and care of her foster mom, Grinch got his hair back. He learned to trust people, gained confidence, and became playful. 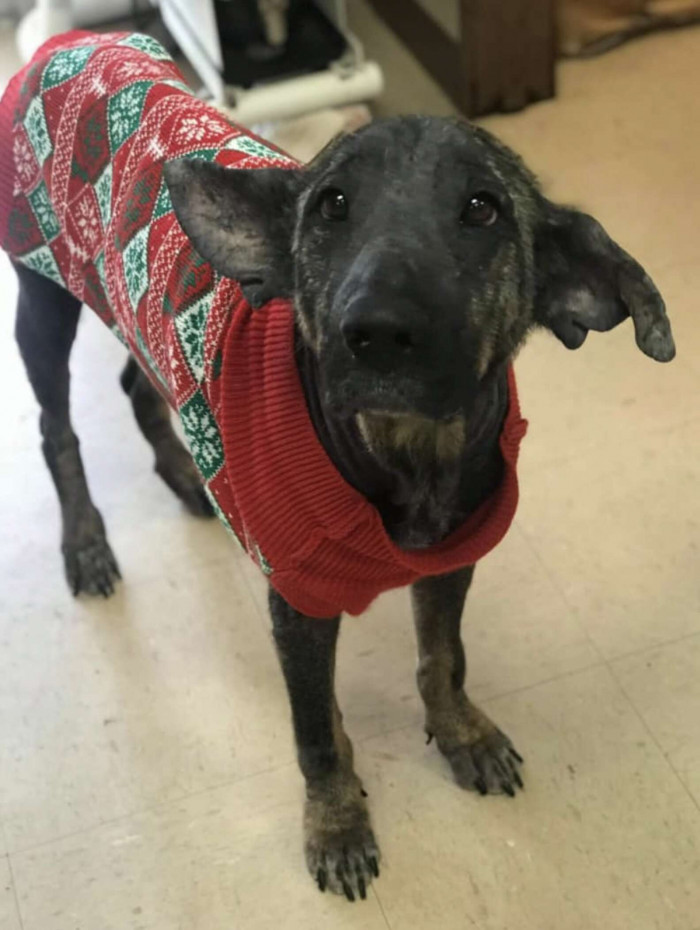 Grinch grew his thick fur back

With the love and care spanned over the five months from being rescued, Grinch has developed an amazing personality. He looks extremely beautiful once he gained his rigor back and revealed his breed too

Since he has recovered so well, he has been put up in another foster home with the intention of adoption.

“The foster family is absolutely in love with him,” Semel told. “He’s a very sweet dog. He loves all people.” 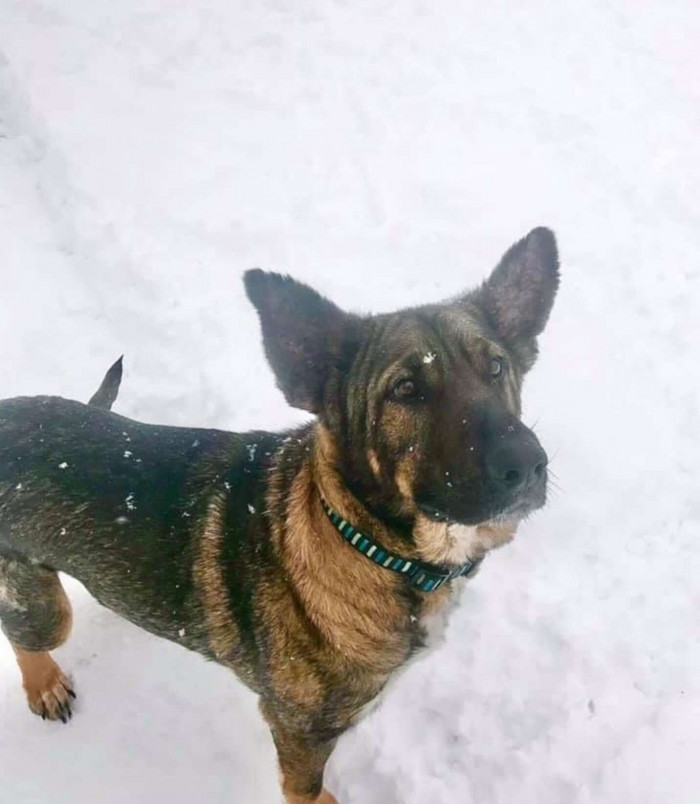 Grinch all helathy, in a playful mood

Grinch has become the happy playful dog that he was ought to be. His story shows that with love and care, anything is possible. 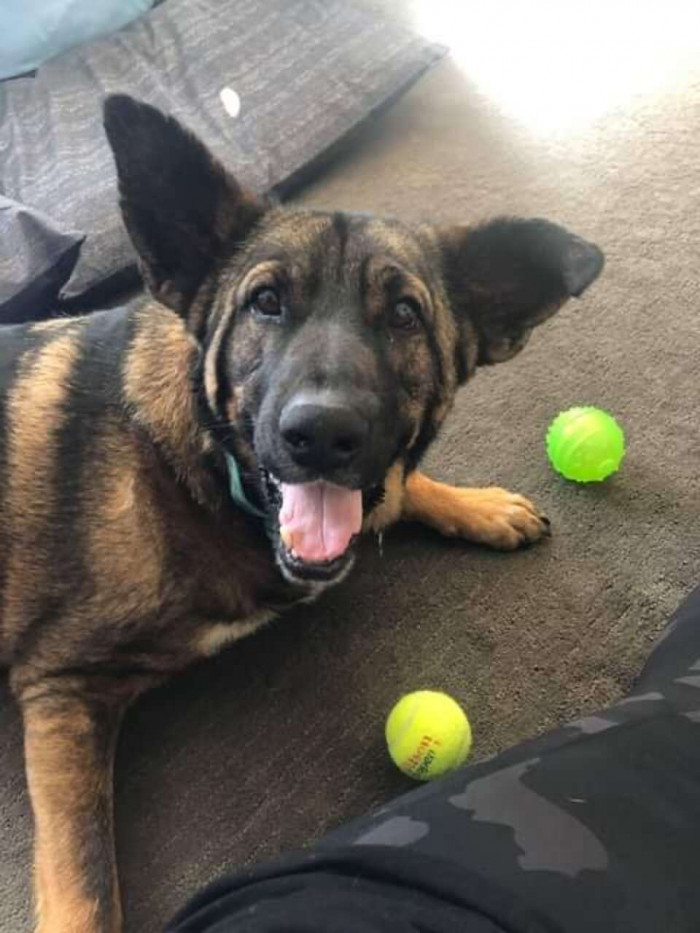