Labradoodle Follows His Family’s Kids To School, Ends Up In The Principal’s Office And Goes Viral - Text From Dog
Spread the love

Sandy loves his family and always wants to be included in their activities. If the affectionate labradoodle got to decide, he’d be by their side every second of the day.

But every morning, the kids get up and walk off to school, and although Sandy always begs to come with them, he’s never allowed to tag along.

Instead, all he can do is sit and wait for them to come back.

At least, that’s usually the case. But one morning, the whole family was more distracted than usual, and Sandy saw his chance and took it. 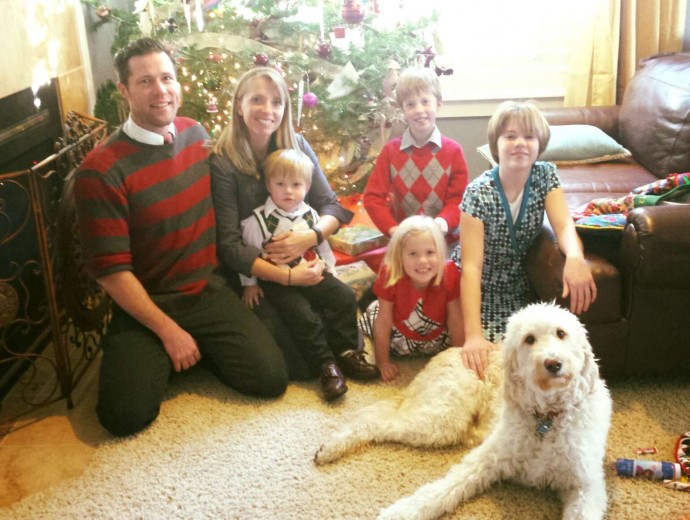 While the kids weren’t paying attention, Sandy snuck out of the house, and then he managed to follow them all the way to school without anyone noticing him.

Once they arrived at the school, Sandy made himself known and everyone found the sneaky dog’s antics absolutely hilarious.

But although Sandy had finally managed to follow the kids to school, he soon found that the school wasn’t going to allow him to stay.

Sandy was sent to the principal’s office, where the confused but amused staff set about calling Sandy’s mommy, Karen Manthey, so that she could come and take him back home.

However, Manthey had turned her phone off.

While the school was trying to figure out what to do about the cheeky dog now, one of Manthey’s neighbours happened to stop by the school and, to her great surprise, spotted a very familiar-looking Labradoodle happily peeking out through the blinds in the principal’s office.

She sent Manthey a text, asking if it was her pup, and snapped a hilarious picture of the happy pup.

Since the school couldn’t get hold of Manthey, they eventually allowed her daughter to walk Sandy home.

Once Manthey turned her phone on again and got caught up on the events of the day, she found it hysterically funny.