Entitled dog owners give the rest of us a bad name. They’re the kind of dog owners who believe their dogs can and should be allowed everywhere.

Save for legitimate service animals, dogs can’t be brought wherever we please. There are just some places where a dog would cause too much ruckus and it would be unsanitary to have any animal present.

That is a simple enough reasoning that responsible dog owners understand. There are enough dog-friendly places to bring our furry buddies to.

Take OP’s dog-friendly high-rise apartment for example. They have a built-in dog park on the lower floors where all dogs in the complex socialize and do their business.

OP has a new 8-month-old pup who is about 11 lbs. Their apartment is the perfect home for OP’s new furry companion due to its special accommodation for dogs.

One of OP’s neighbors doesn’t believe this. Apparently, she has a fear of dogs and OP only found out when they chanced upon each other in the elevator.

OP was carrying their leashed puppy while waiting for the elevator. When the crowded elevator opened, a woman inside began screaming her head off and hid behind her husband.

So, the next time OP and their dog encountered the lady in the elevator, they went in anyway and ignored her screaming which prompted the husband to call OP an a**hole 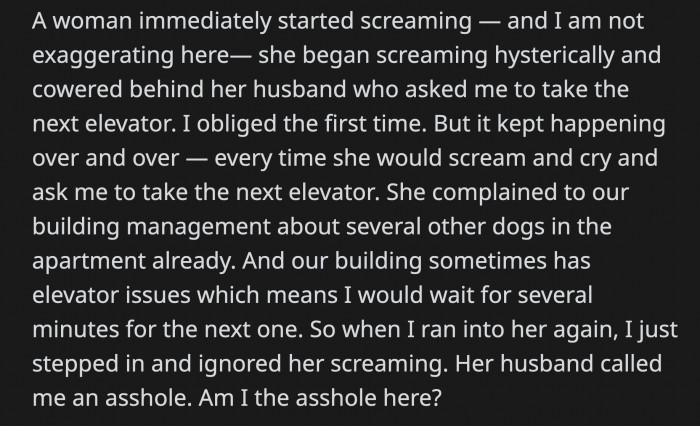 OP paid the pet tax and here is the fearsome beast 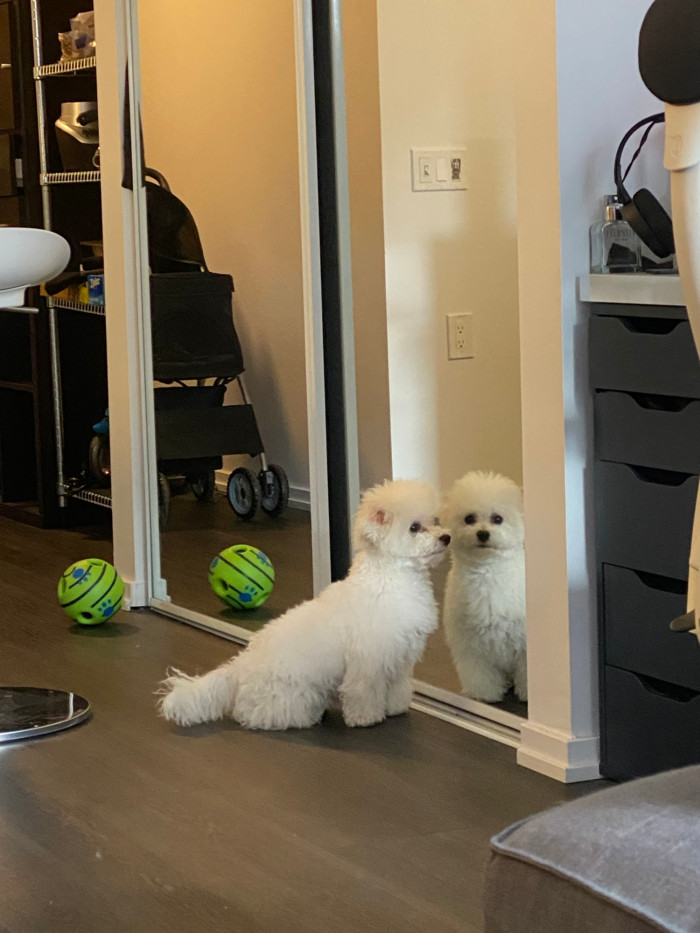 We are not downplaying the actual fear of dogs because it is debilitating but look look at how adorable OP’s dog is! 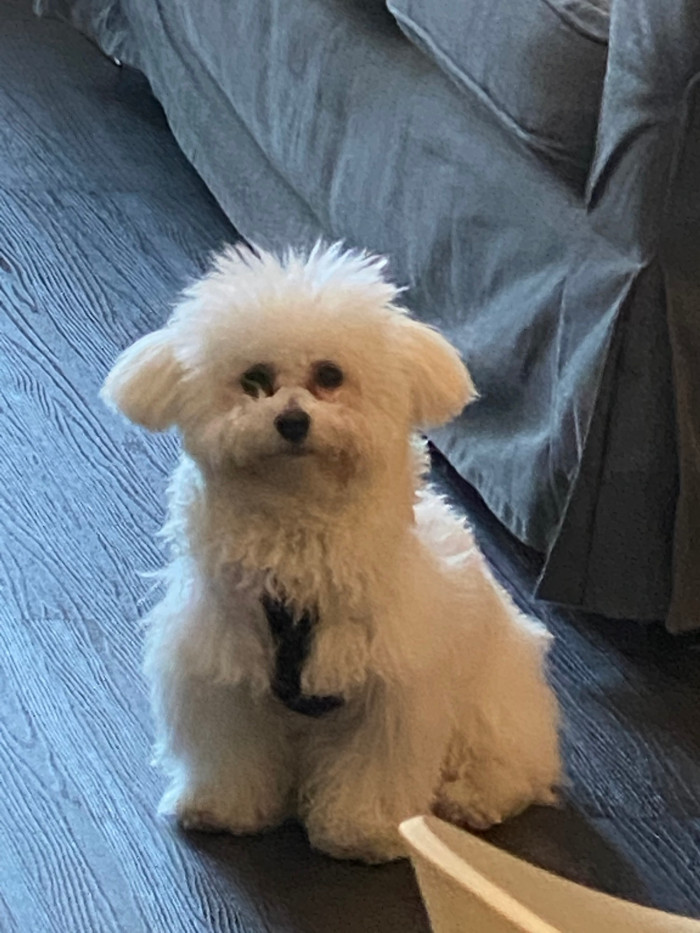 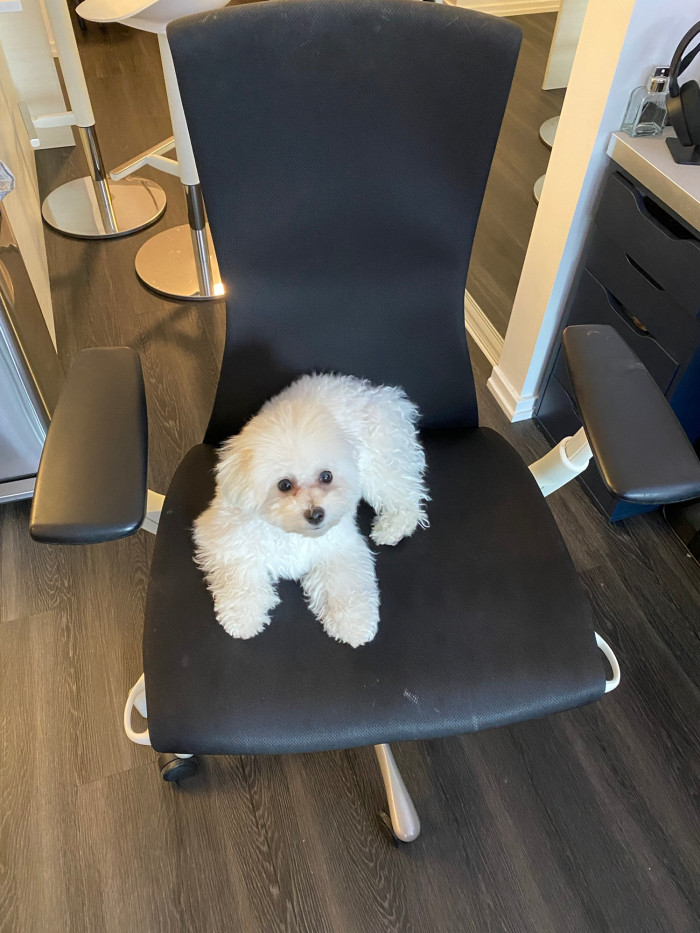 If the high-rise is advertised as a dog-friendly place and you move there knowing that you have a phobia, whose fault is that? 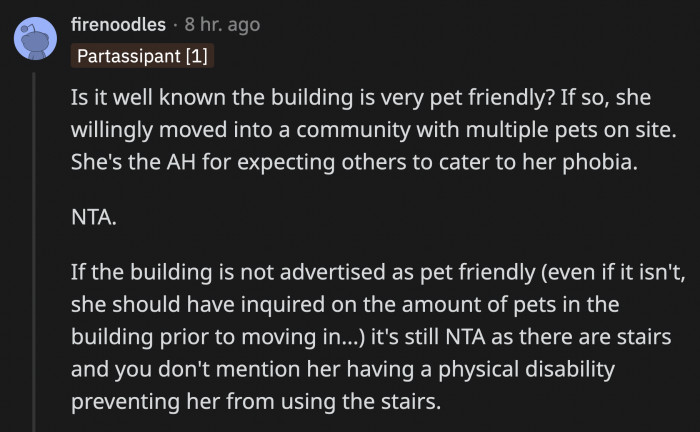 The building advertising it as a dog-friendly place means it’s one of their key selling points. That should be enough to deter anyone who has cynophobia.

Does the lady behave this way to the other dogs in the building or just OP’s?

Apparently she does but the other owners have since ignored her 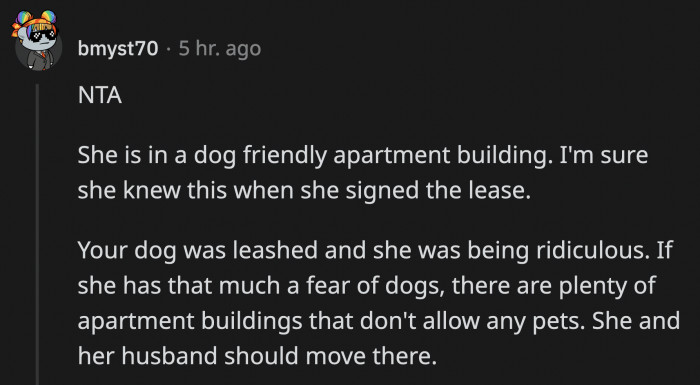 OP wasn’t even being a jerk about their dog, she was leashed while OP was carrying her

This can be a solution but the lady doesn’t want to adjust to avoid dogs, she wants the dogs to adjust to her

It would be an inconvenience for OP, and other dog owners, to wait for another elevator simply because the woman was there

It is a big ask especially if it happens too frequently 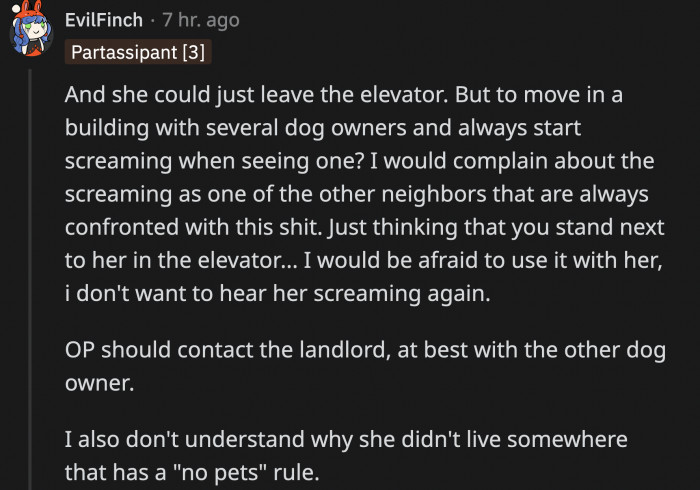 It’s literally advertised as a dog-friendly apartment with an indoor built-in dog park. Moving in there knowing that you have a phobia of dogs is on you.

No one is literally forcing her to live in a dog-friendly place. Maybe they can’t afford to live elsewhere but that means she has to find a way to avoid the dogs instead of inconveniencing others.

Maybe the lady seeks out the dogs to reinforce her phobia

They’re doing this to all of the dogs and dog-owners in the building, not just OP

This is the perfect analogy 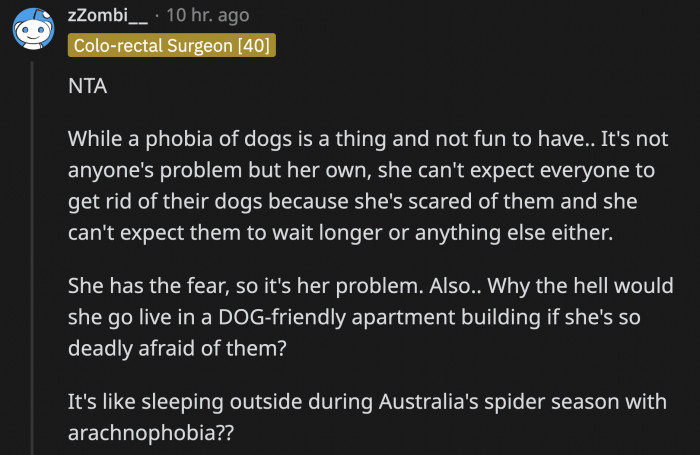 Moving into a dog-friendly building knowing that you fear dogs is terrible decision-making. It’s like going to an aquarium and getting angry that there are fishes everywhere.

OP was kind to accommodate them during their first encounter but making them wait for another elevator every time is too much. The lady’s phobia may be legitimate but so is her entitlement.