Each house has its own rules that people are supposed to respect whenever they are invited over, when you step into someone else’s personal space, you cannot disrespect it by acting according to what you happen to think is okay. Behaving in any other manner is simply unacceptable and rude.

Pets are treated differently in some parts of the world, in some areas it is considered normal not to allow your pets inside your home, especially animals who live on farms. When you are used to that, seeing a dog indoors will instantly trigger you because that is not something that you are accustomed to.

A Reddit user who goes by the username u/Comfortable-Ad7073 made a post on the r/AmItheA**hole subReddit where he explained how he kicked his girlfriend’s parents out of his home after he discovered that they tied his dog. Comfortable-Ad7073 was unsure whether what he did is appropriate and decided to ask the Reddit community about their opinion. 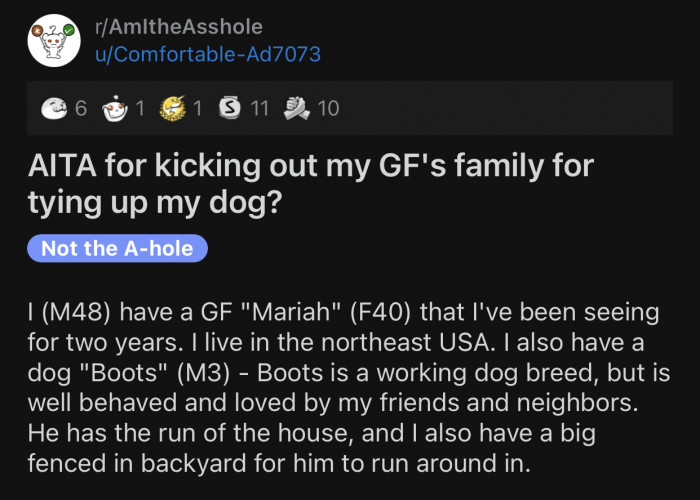 OP’s girlfriend has never had an “indoor” dog like Boots 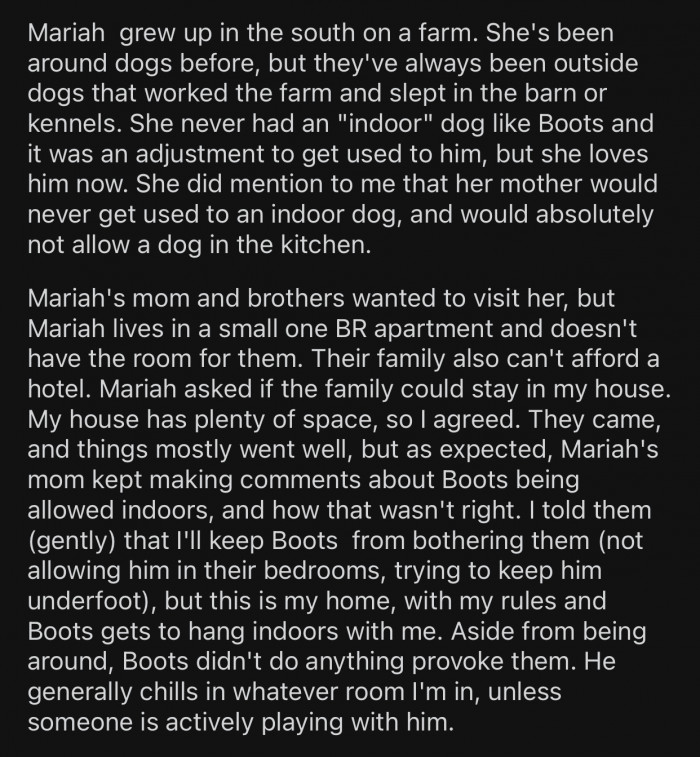 He noticed one morning that boot was nowhere to be seen. 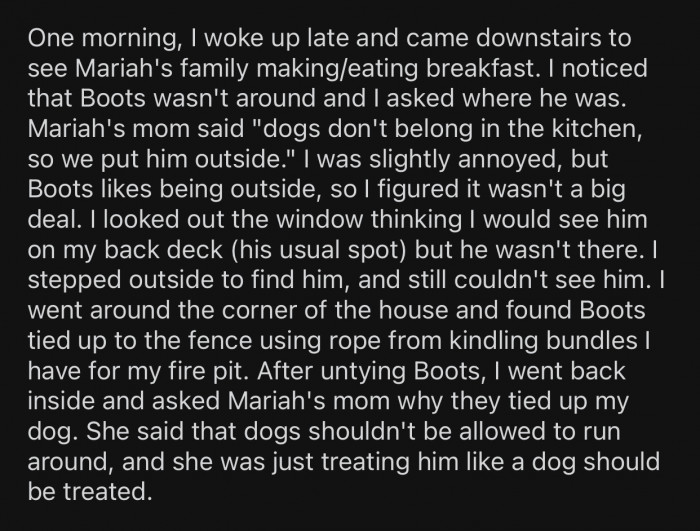 OP could not tolerate what his GF’s family did, so he kicked them. 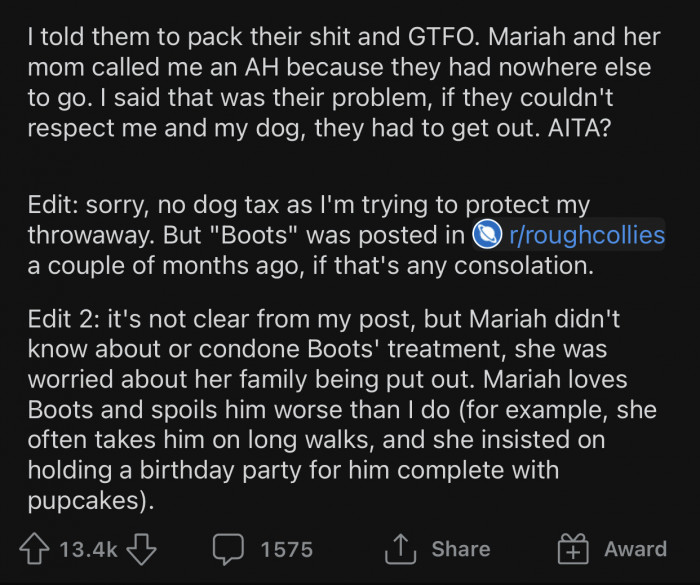 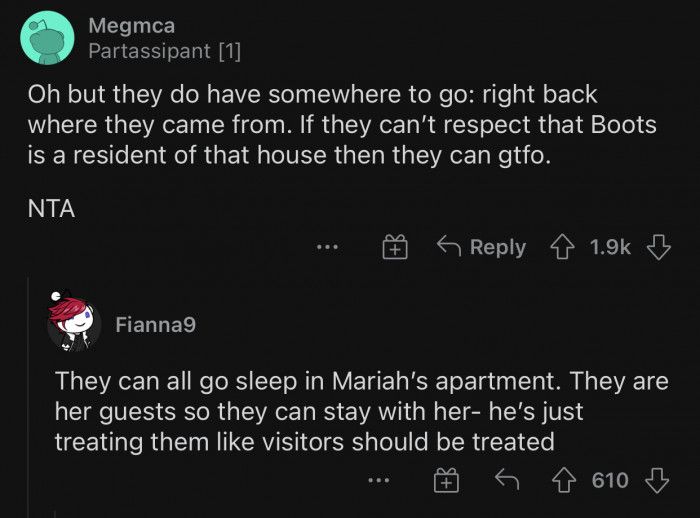 Why even tie him up in the first place? 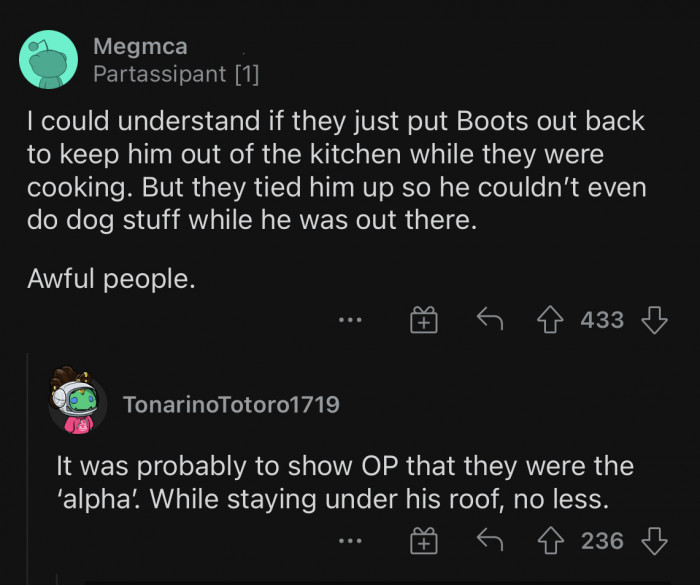 They did not respect OP’s house rules. 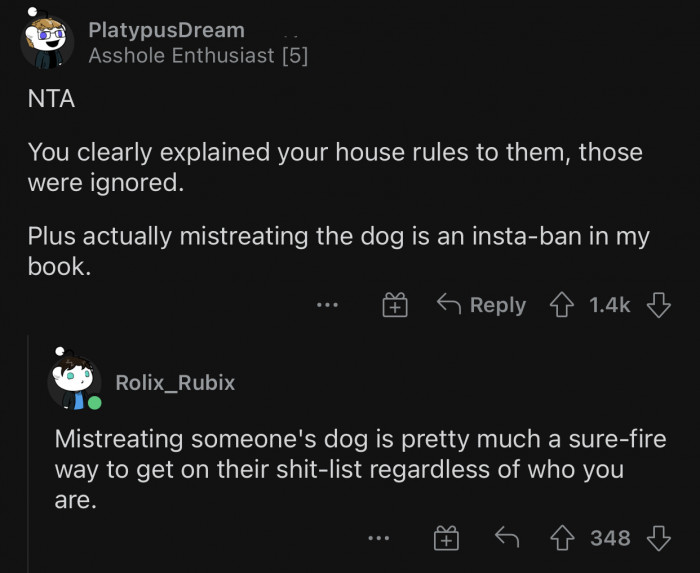 Mistreating your dog is crossing the line. 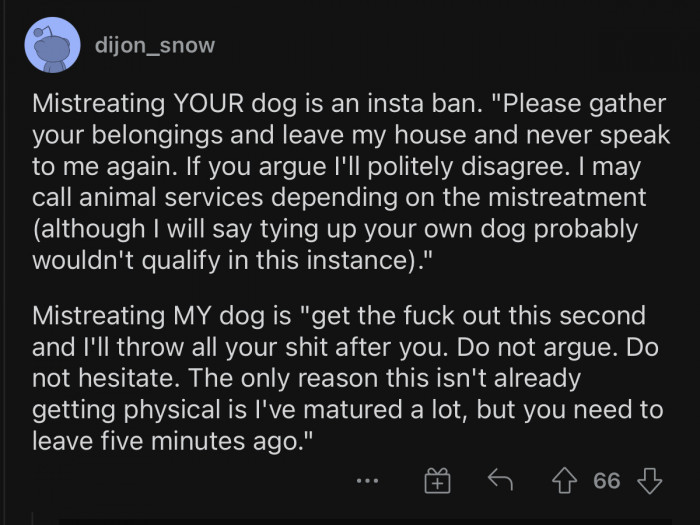 They wanted to “prove a point” by tying him up. 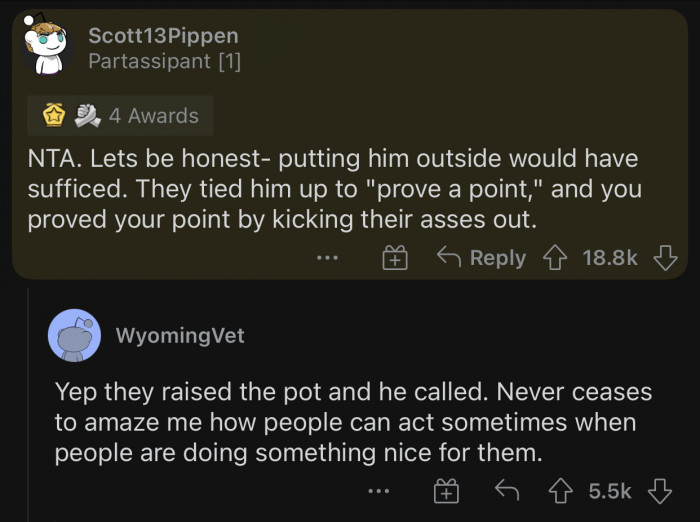 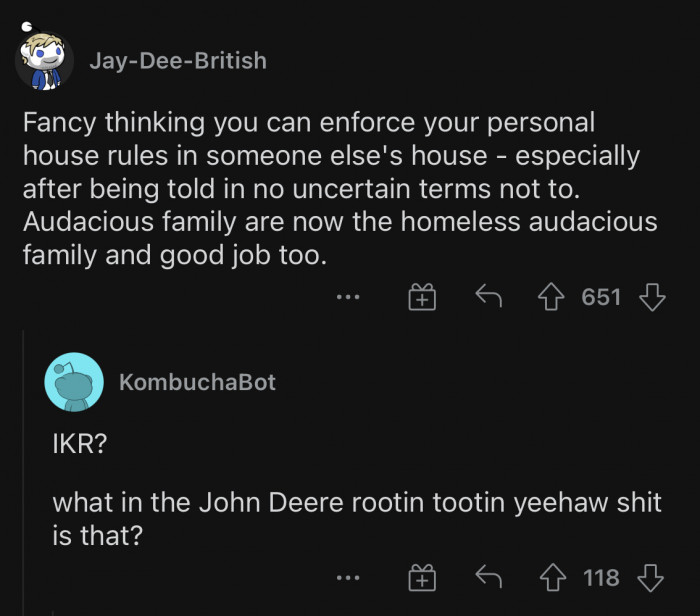 What they did is disrespectful. 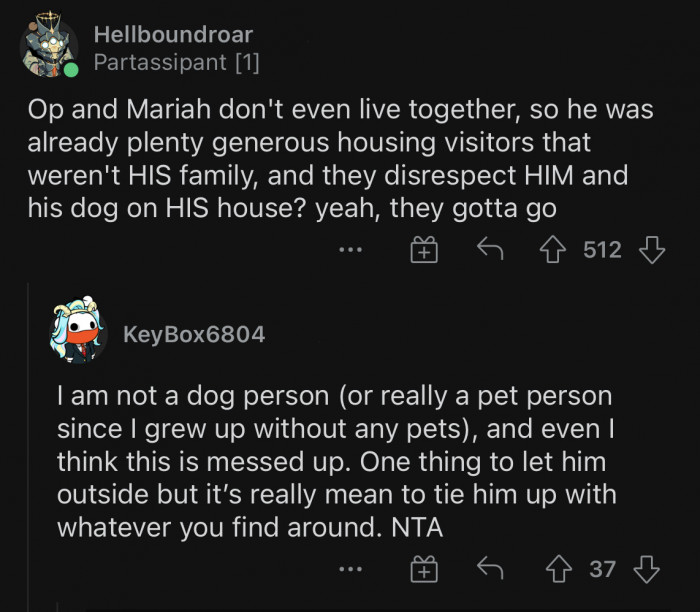 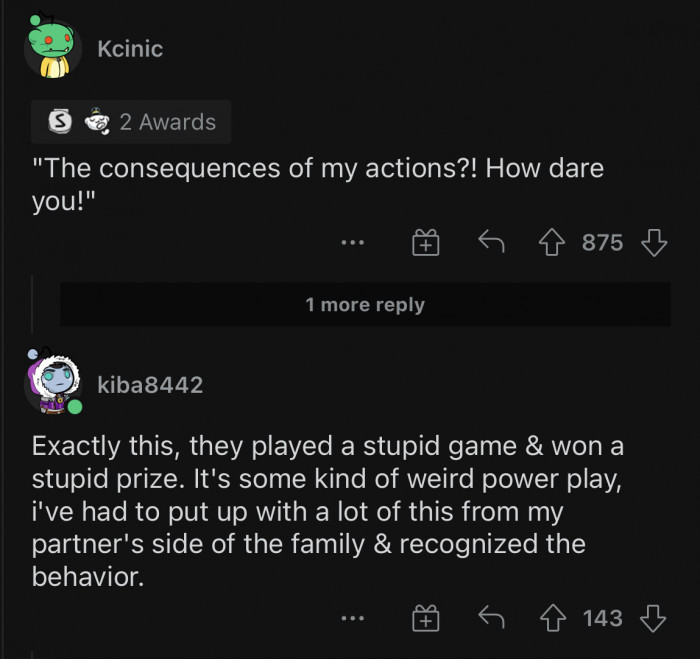 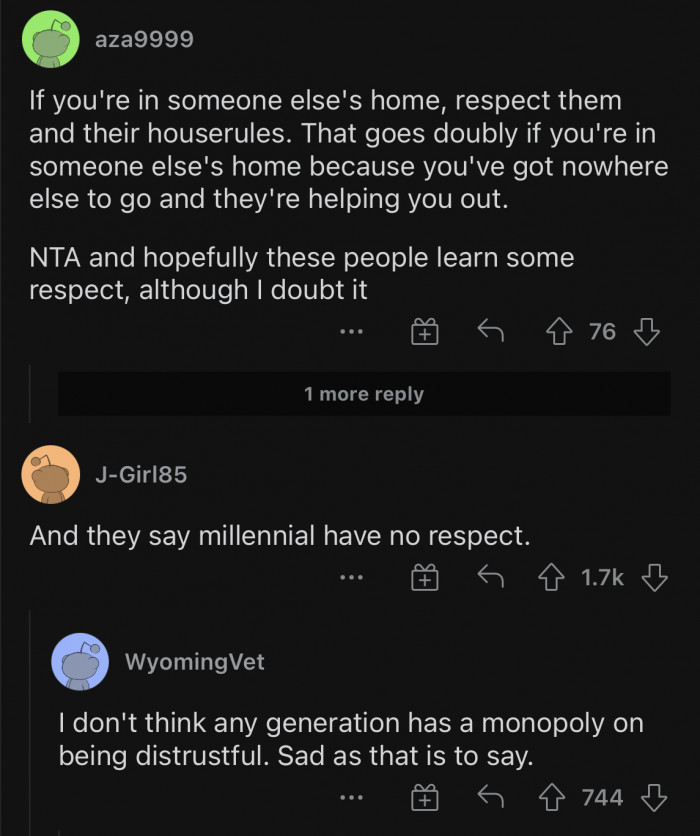 People think they can come in and just change stuff. 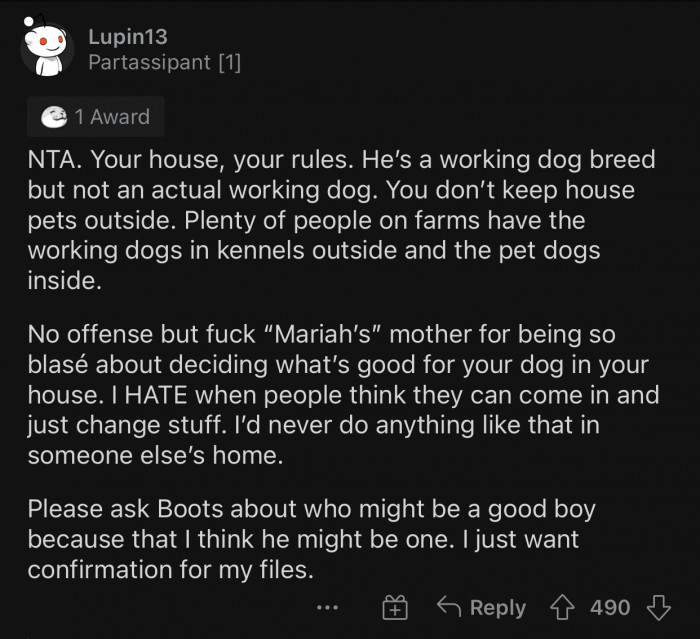 Your home, your dog, your rules. 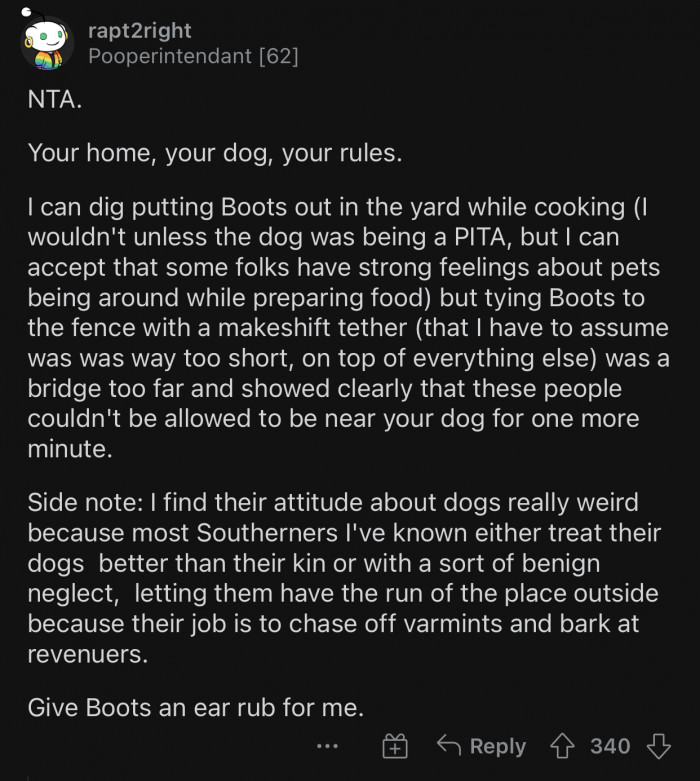 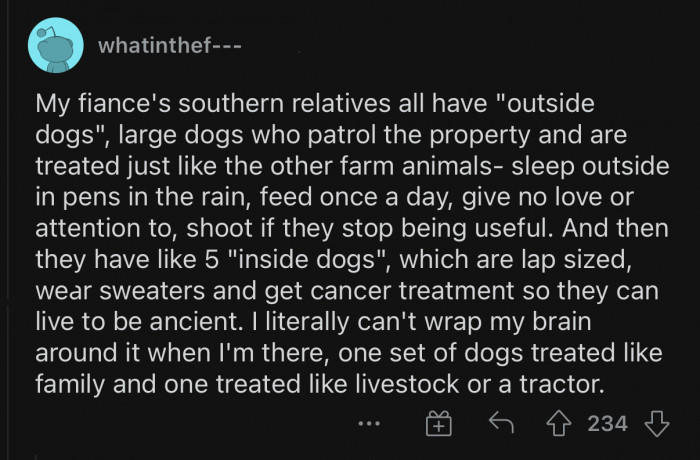 Dogs are family members and should be treated accordingly. 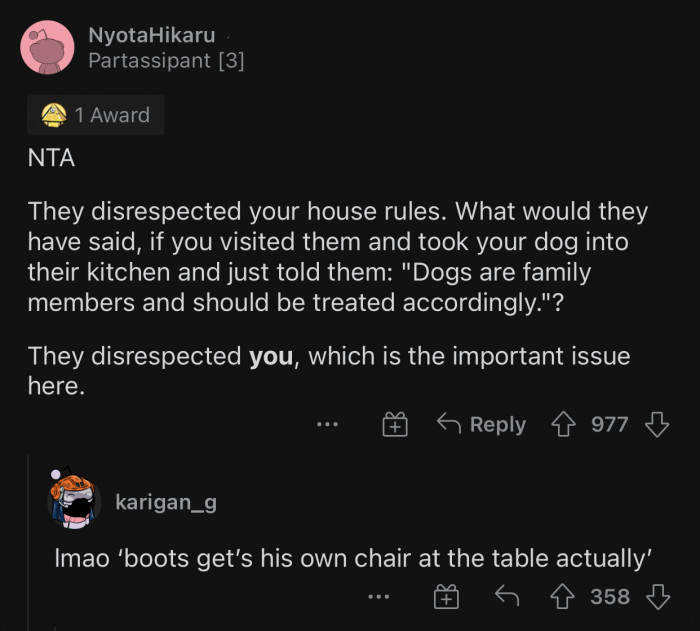 They failed to meet the minimum. 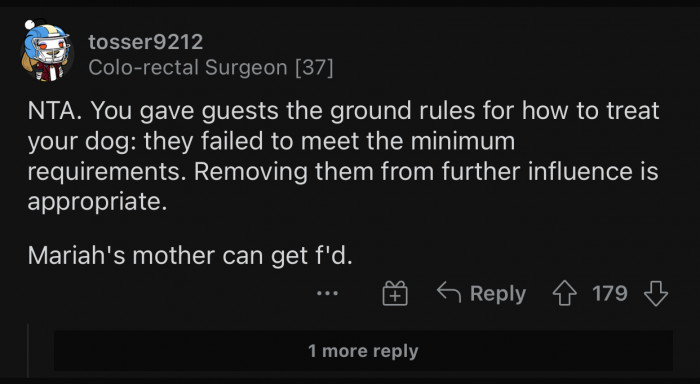 What they did is even illegal in some states. 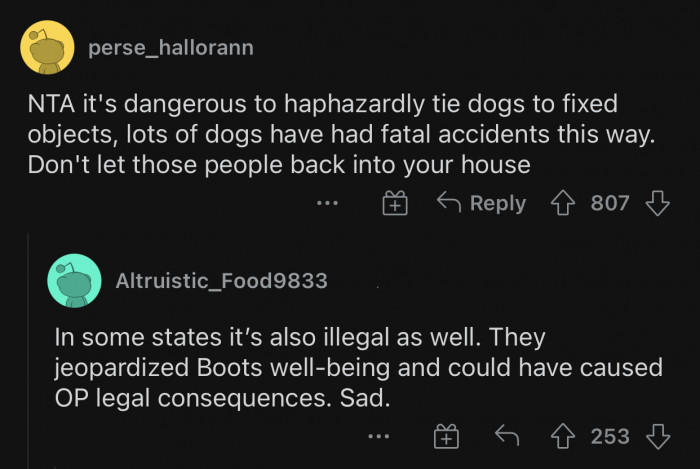 It’s his home and they are guests. 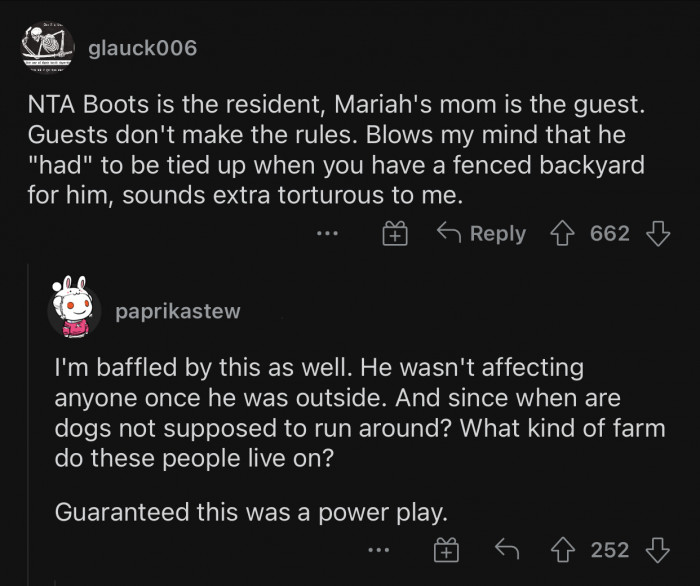 What they did is borderline abuse. 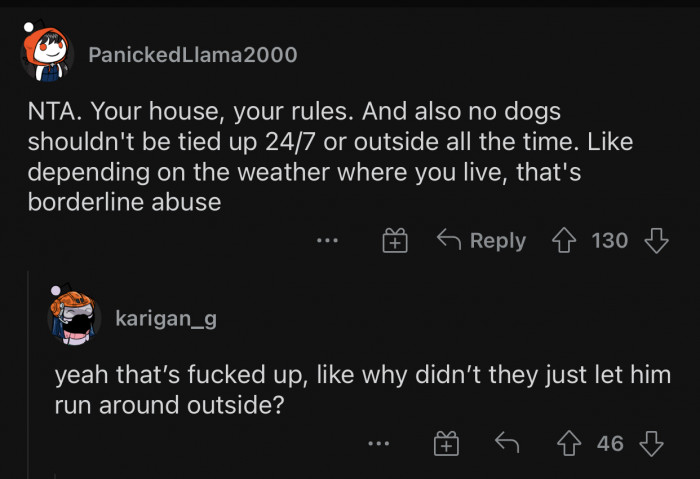 OP’s GF is an a-hole for allowing it to happen. 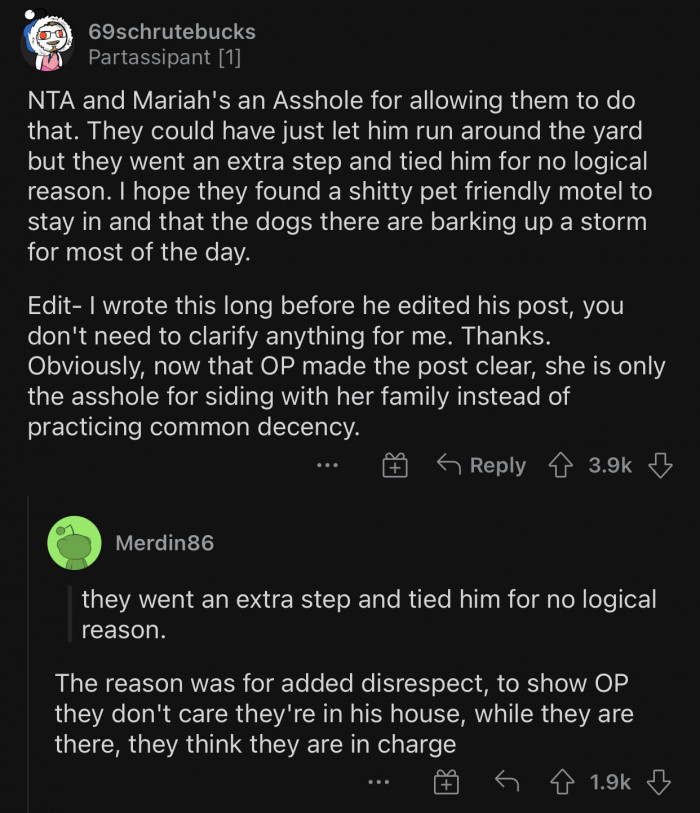 The fact that Mariah allowed it speaks volumes. 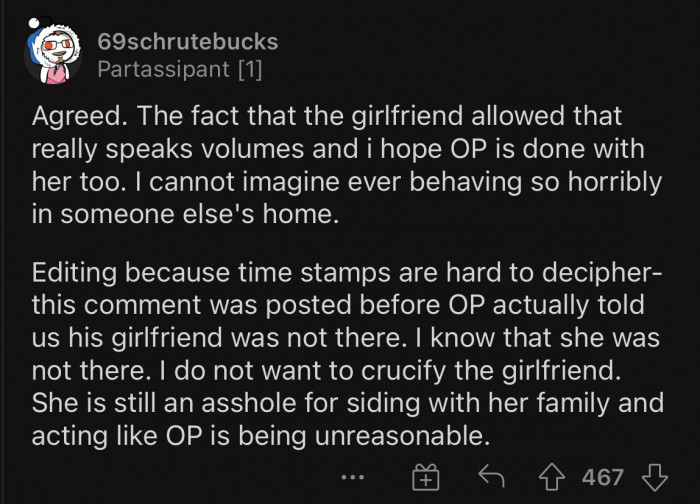 They disrespected OP and his house rules. 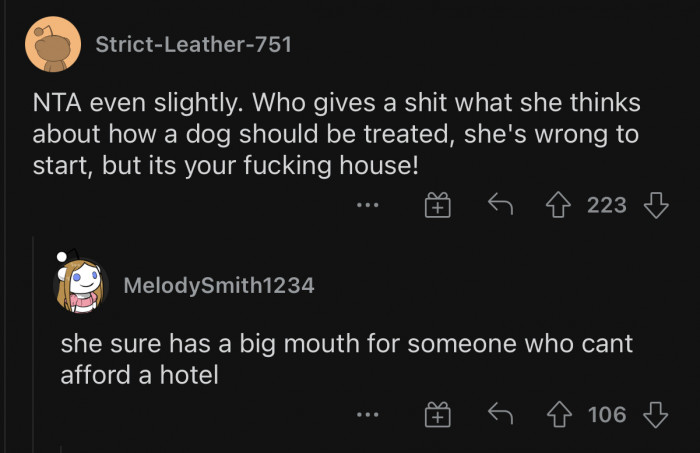 They did it to be spiteful. 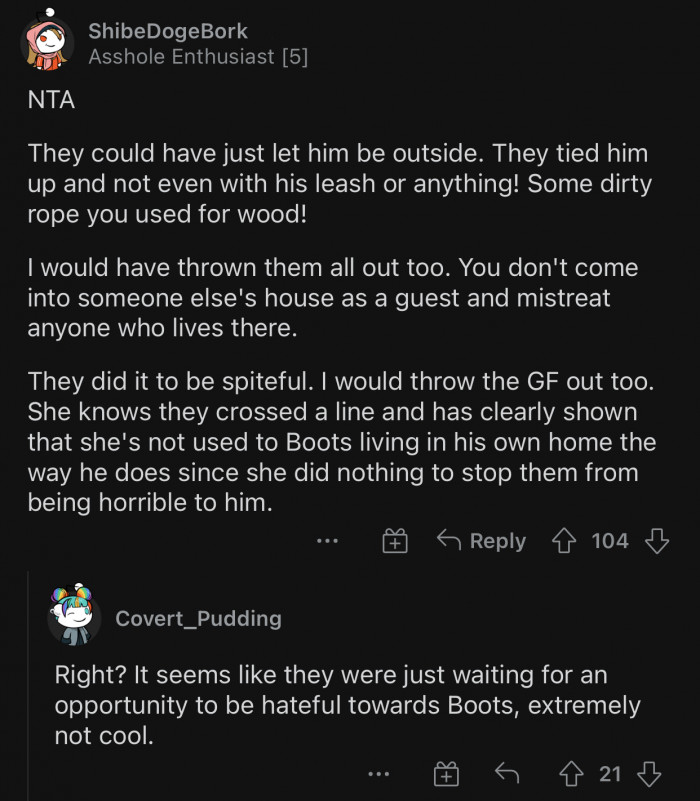 He taught them a valuable lesson. 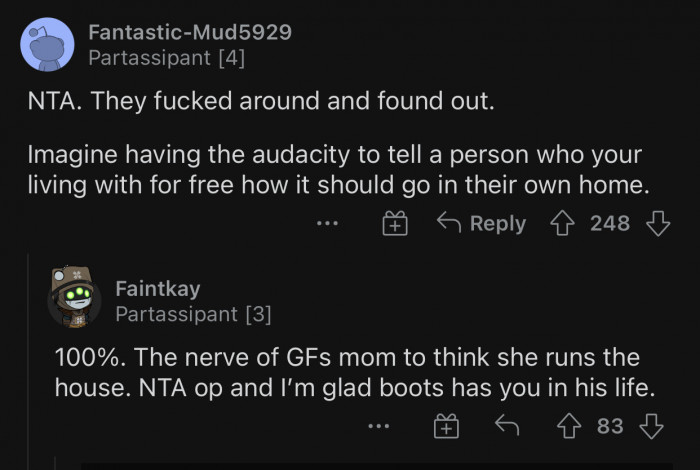 OP needs to reevaluate his relationship with Mariah. 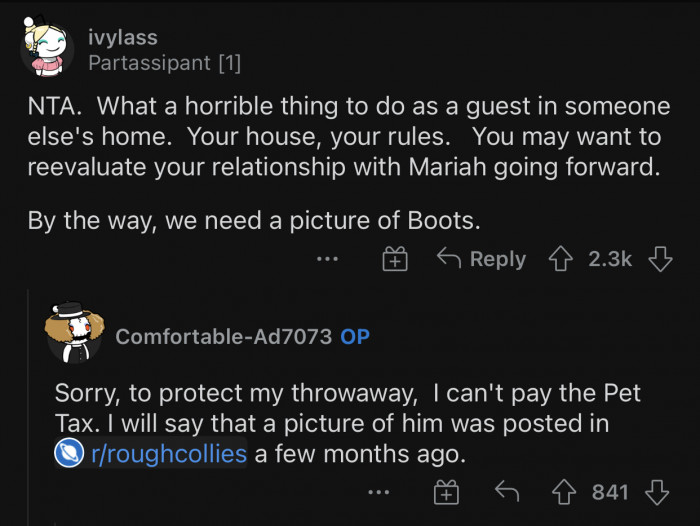 Who are all these ridiculously entitled people? 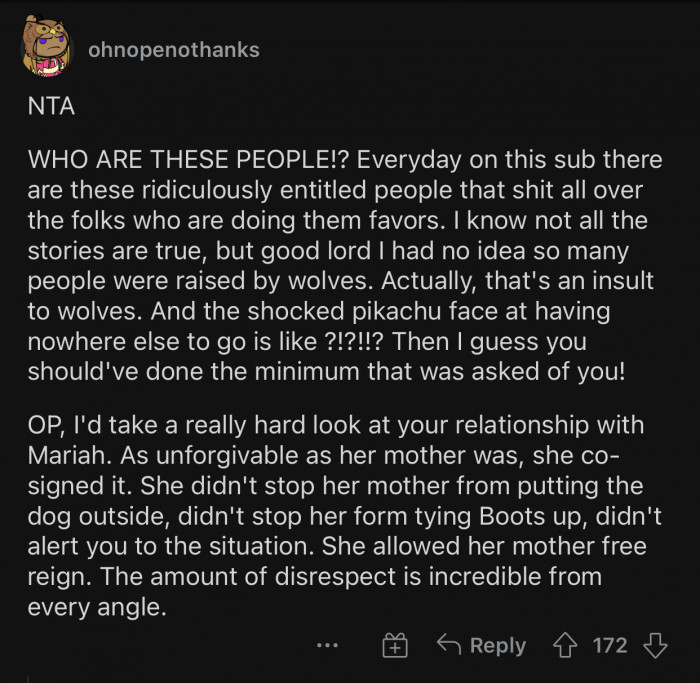 They have to be supervised. 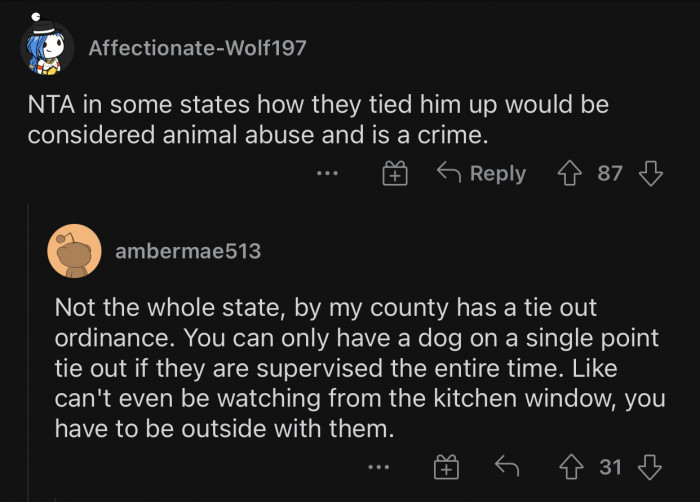 Who even ties up another person’s dog. 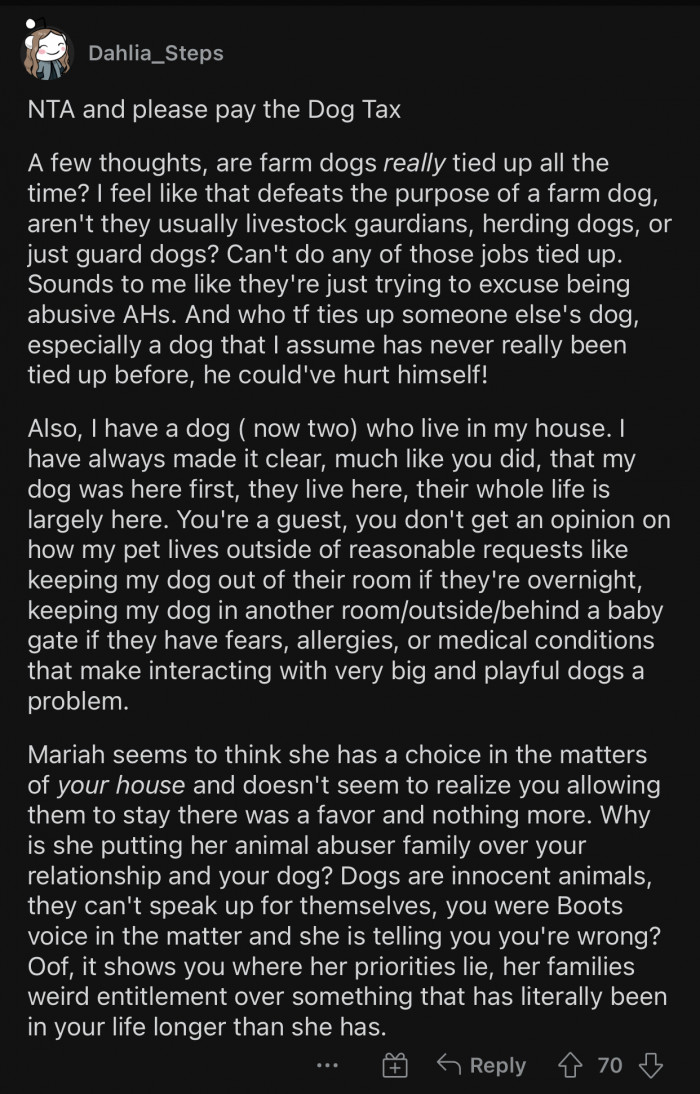 OP’s rules above everything else.

The GF’s family did not respect OP’s house rules and disrespected him by tying up his dog. He had every right to kick them from his home since they didn’t respect one of his family members and mistreated him.

OP is definitely not the a-hole in this one, the family took it too far by tying Boots. They could’ve simply led him outside and allowed him to just hang out but instead, they made sure to limit his movement and tie him up.

It’s totally unacceptable and they could’ve at least apologized for it.