It’s hard to imagine neglecting a dog’s health and happiness at all, let alone abandoning the dog entirely when you move, but that’s exactly what happened to Arbuckle. The plump pup was left behind on the family farm when the family left.

Actually, Arbuckle was 50 pounds overweight and in poor health when he was rescued by A Purposeful Rescue in 2017. Weighing in at 116 pounds, the dog was discovered in a field near Tulare, California, and taken in by the L.A.-based shelter.

Rescuers from A Purposeful Rescue said they were absolutely shocked when they arrived, ready to rescue the dog. Not only was the dog extremely fat, but he could barely walk! His joints were unable to sustain his incredible weight.

The rescue took him to the vet where they also discovered the poor dog was suffering from hypothyroidism. Thankfully, that’s simply not where Arbuckle’s story ended.

It took a team of specialists a lot of dedication to nurse Arbuckle back to health, but they documented his weightloss journey on Instagram where he amassed over 100k followers. 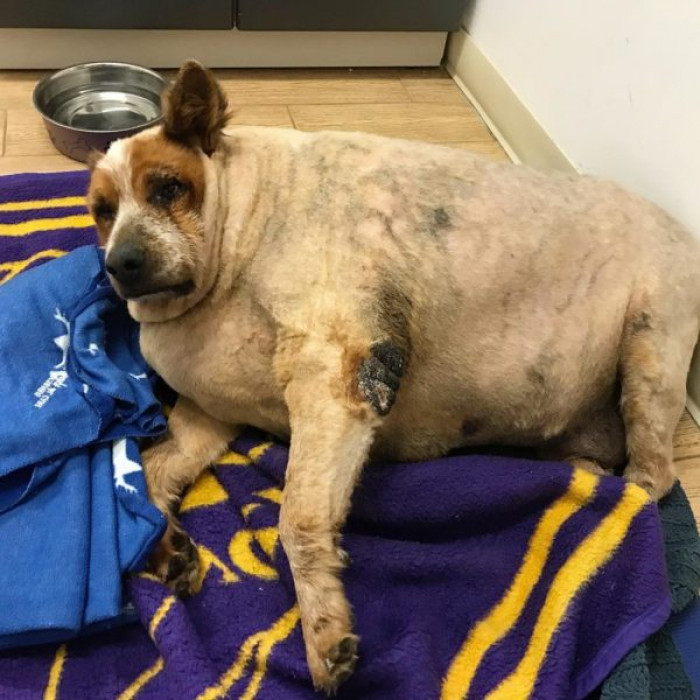 Even better, the sweet dog was adopted by celebrity Jane Lynch who gushed over her sweet dog. 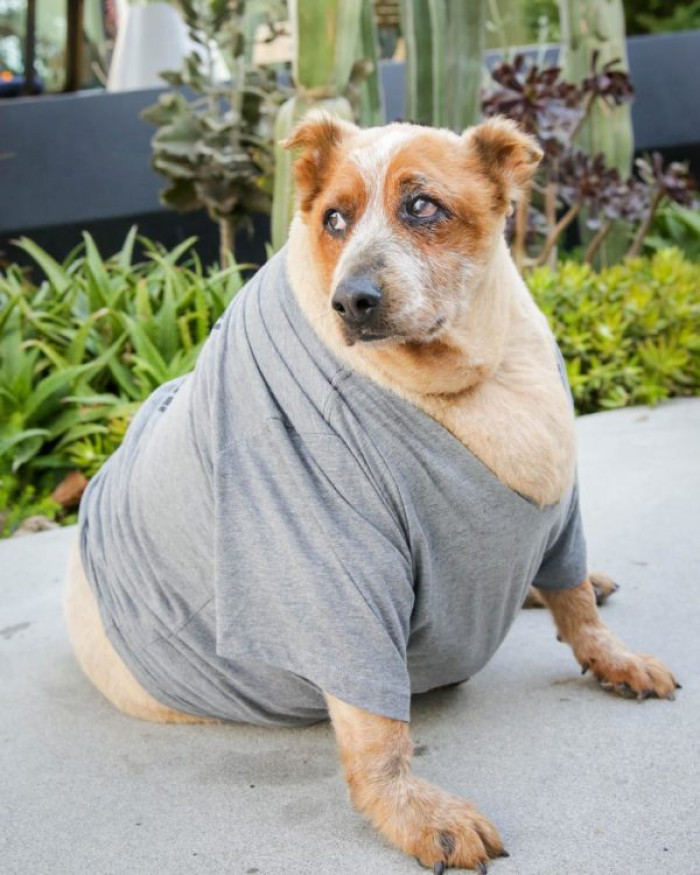 Arbuckle lost the weight he needed to lose, but the impact of the strain on his body meant that he didn’t have many years left to live.

Jane gave Arbuckle the best final years imaginable, but he sadly passed away due to related health complications in 2019. When he passed, Jane turned to social media to encourage donations to A Purposeful Rescue in his honor and overnight the org received $5,000 from her fans! His memory lives on. 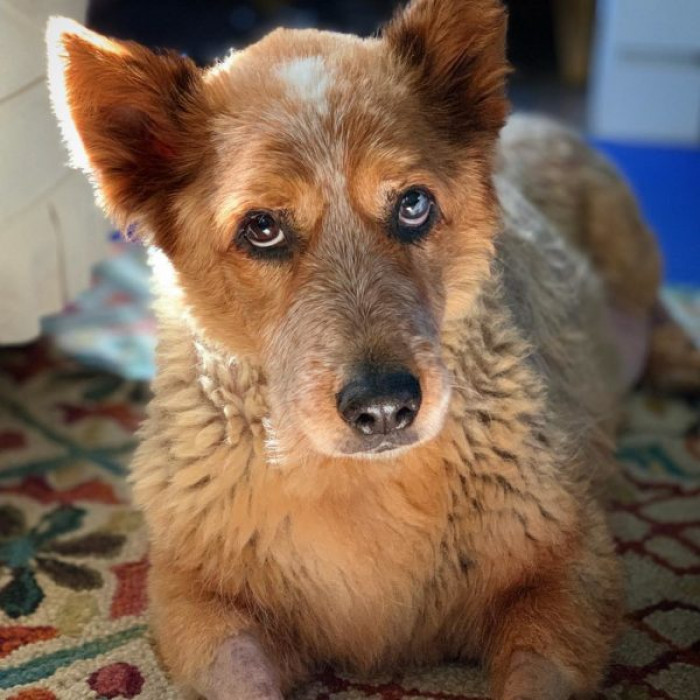 Hillary Rosen, the founder of A Purposeful Rescue said:

“The army of people who rallied behind him was like nothing I have witnessed in rescue. We’ve rescued some really hot-mess dogs but Arbs was truly a miracle dog. He was infectious. He made all of us want to be better and do better. Watching his determination to live and love was a pretty powerful thing to be able to witness and the fact that he had all these people rooting for him is a testament to who he was.” 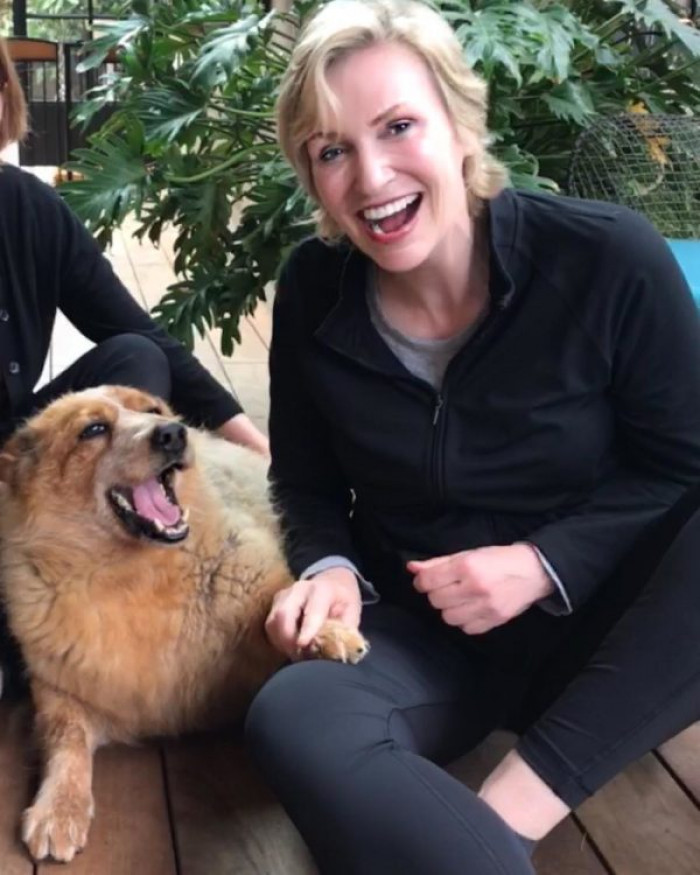 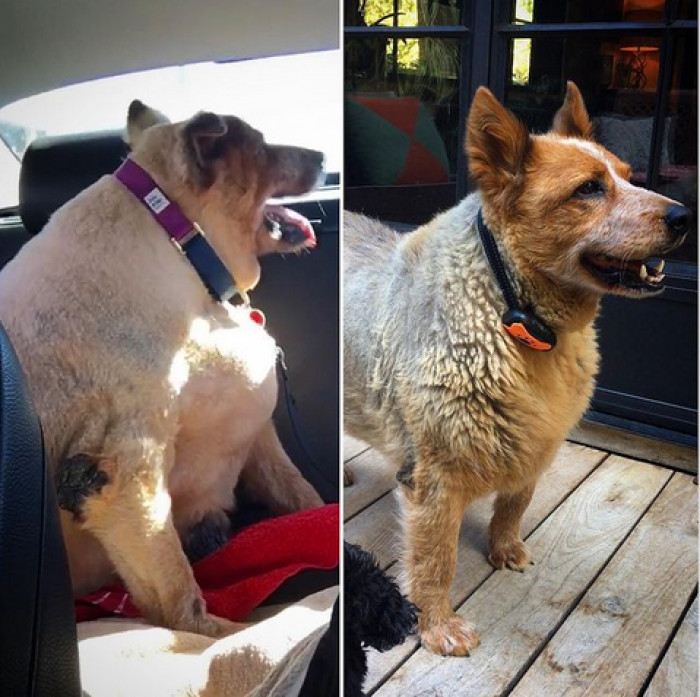