I think we can all agree that the average life expectancy of dogs is just too short. I know that personally the oldest dog in my family lived to be about 18, which is still an incredible effort, but by 18 he was blind and deaf as a post.

It was a humane decision to euthanize him eventually because we couldn’t imagine him living on in such a state. To hear of a dog that lived to be a whole THIRTY (30) years old is simply insane but that is what Australian man Brian is claiming.

Recently his Australian Kelpie Maggie died at the ample old age of 30. That is 210 years old in dog years! WHAT?!

The old gal and her owner Brian. 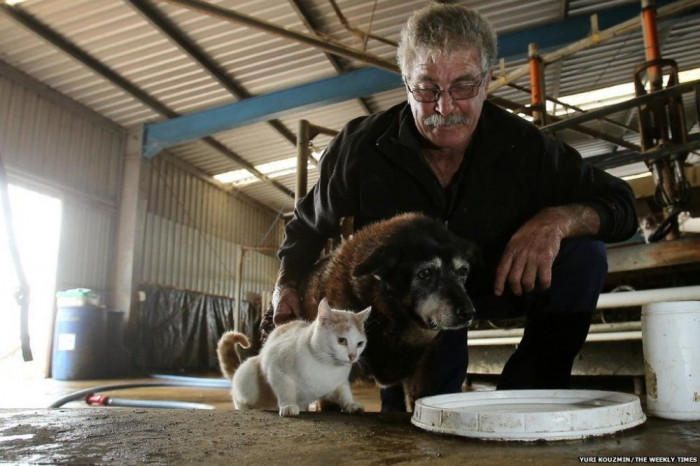 Although Brian doesn’t have any documentation to back up his claim, we’d like to think that he’s telling the truth as he really doesn’t have much to gain from lying about it. According to Brian his old pupper lived a very active life right up until the end. Walking to the shop everyday with Brian and taking her time to growl at most passersby, she never lost her sense of self or her independence.

What a good girl! 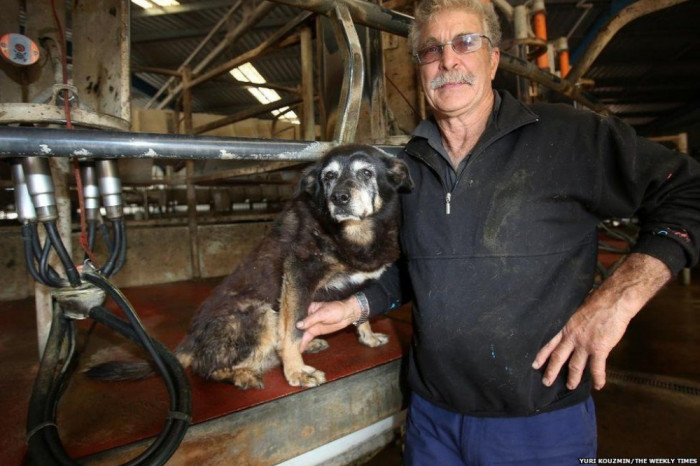