The bond between these canines and their owners is usually so deep it’s impossible to penetrate. Who can fault this union, though? A dog best friend makes sense, like having a pair of socks and not just one lone sock.

Psychologists have even likened the relationship between a human and their canine to that of a human caretaker/infant relationship.

It also helps that the internet has a bank of reasons why loving a canine is the best decision a person can ever make.

From adorable pictures of these fluffballs going about their regular day to wholesome stories of them saving lives literally and figuratively, there’s no shortage of reasons to love them.

However, amidst all that, it is possible to find a not-so-adorable story. We found one that explores the unique dynamics of a family as well as how difficult it is to get rid of dogs.

A woman shared on Reddit that her husband’s child, whom he had as a result of cheating on her, is allergic to dogs.

This had caused the child’s mother to request that OP get rid of the two dogs she owned. Well, OP refused but made sure to provide other solutions to allow the child to spend time with his father without being near the dogs.

However, this prompted her to ask the very critical question of AITA.

OP decided to table the matter before the Reddit community

OP’s husband had a child from a one-night-stand and the lady got pregnant. However, she’s willing to accept the child into their family 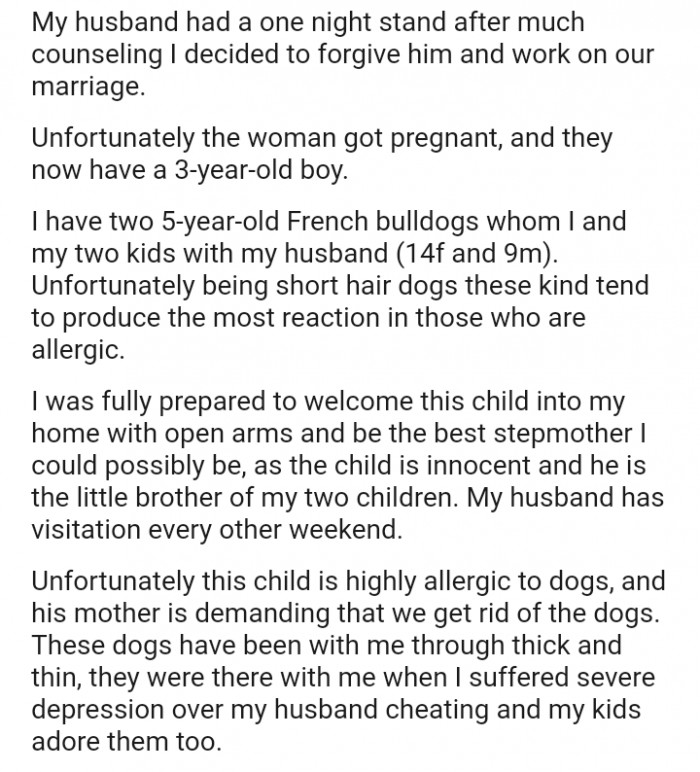 The child seems to be allergic to dogs, but OP is not willing to let her babies go for any reason 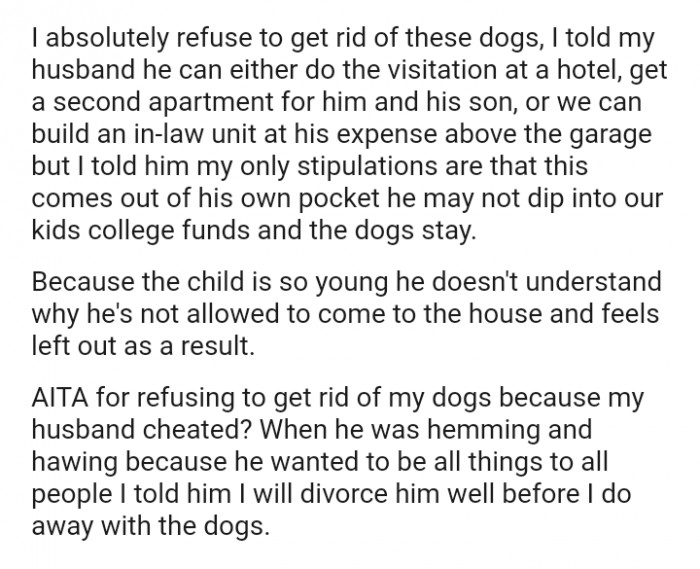 The post, which has since gone viral, garnered 14.7k upvotes and 2.7k comments. Here’s how the Reddit community reacted to the story.

“Keep the dogs. Get rid of husband.” 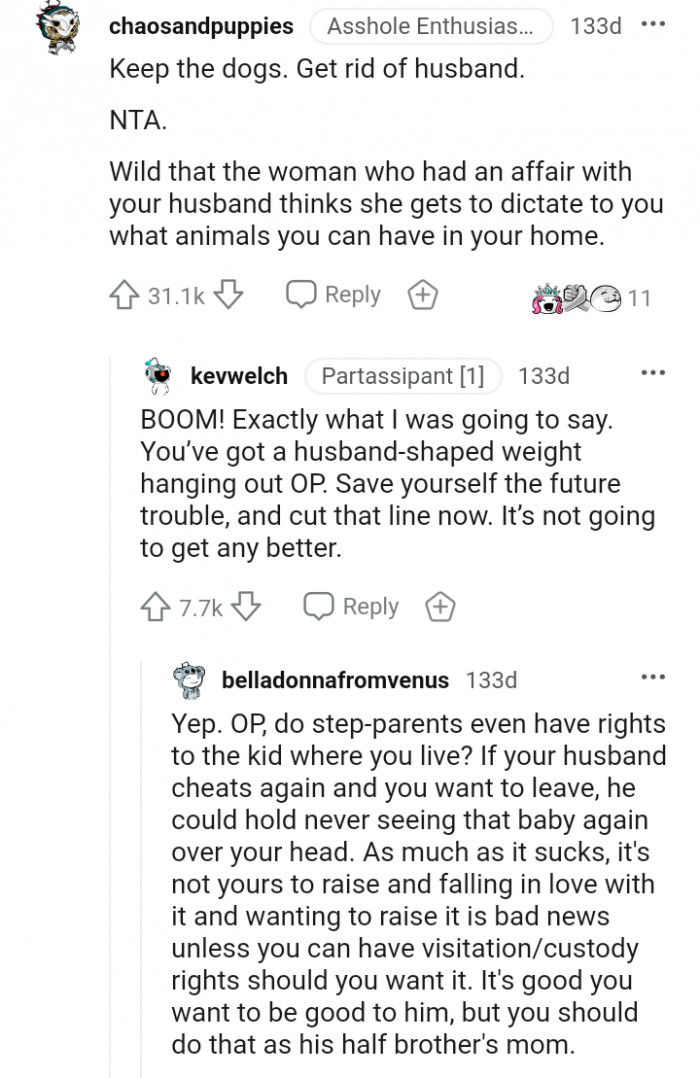 “Nta. Jeeze Louise. The homewrecker is making demands?? Seriously, she can go scratch herself” 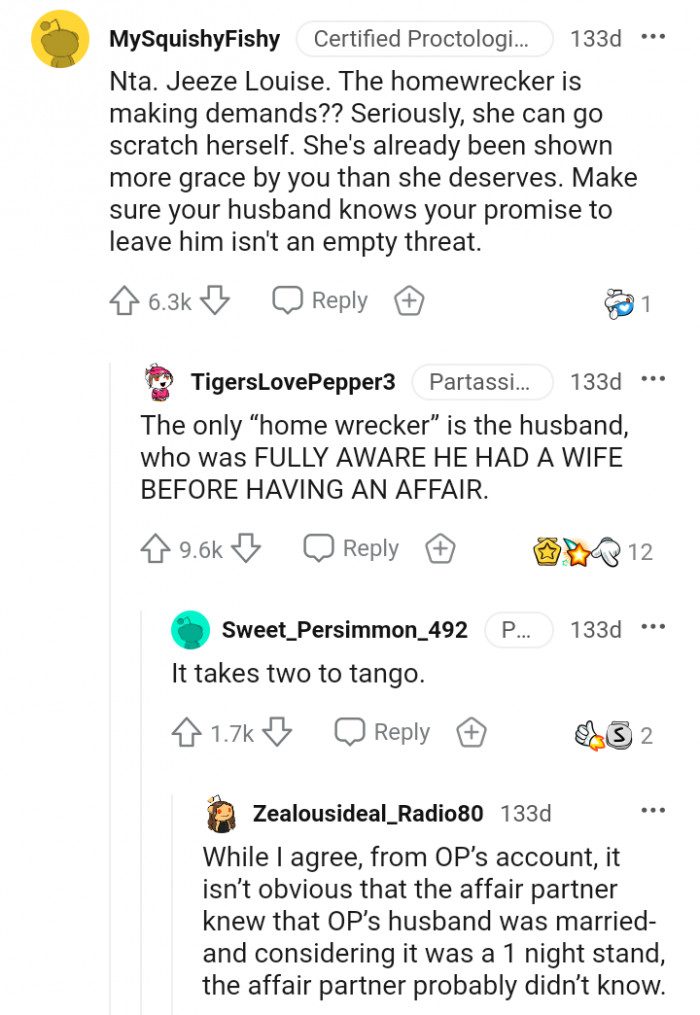 “It might be time to just rip the band aid off” 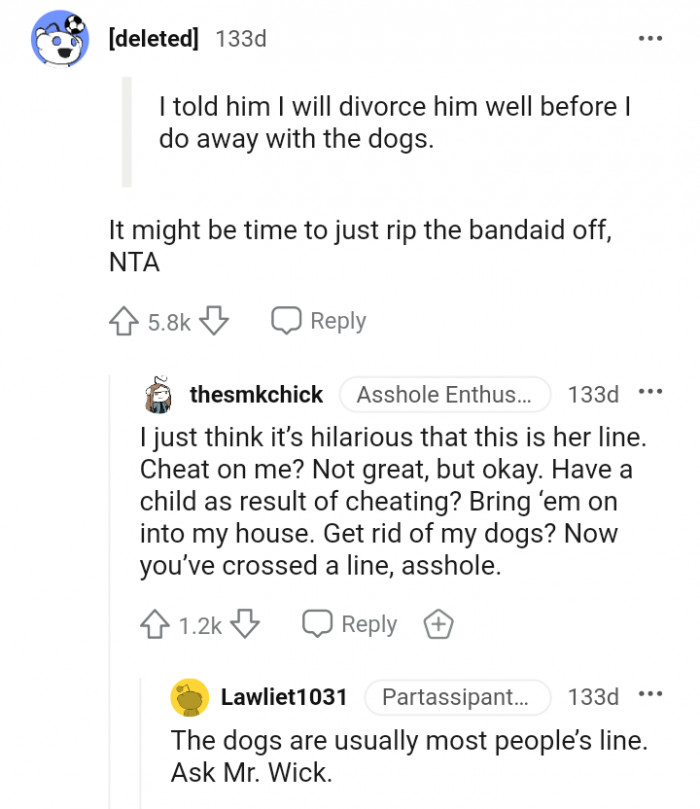 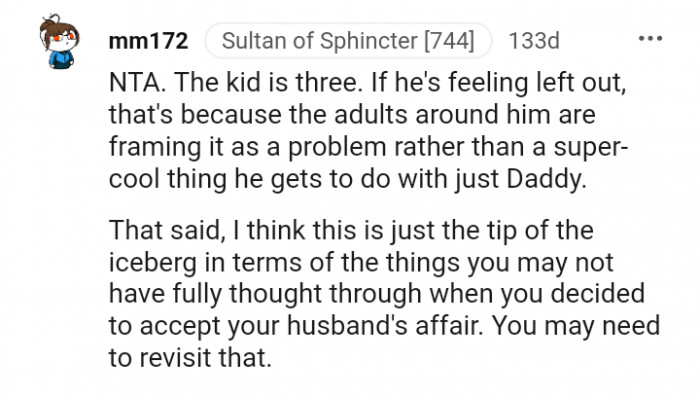 “This is your husband’s problem and honestly, he has no right to ask anything of you either. I love how you stood up for yourself and children who love their dogs” 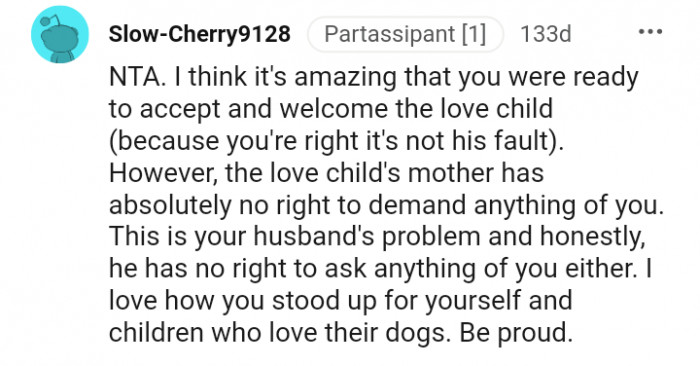 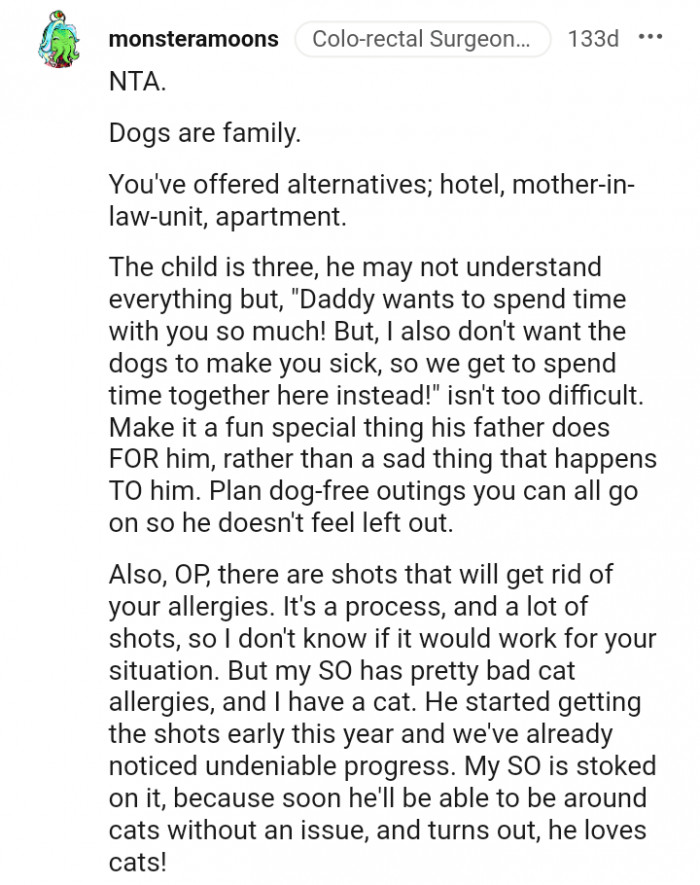 “The mistress is making demands in your home, boy, that takes the cake. I wonder what future demands she will make?” 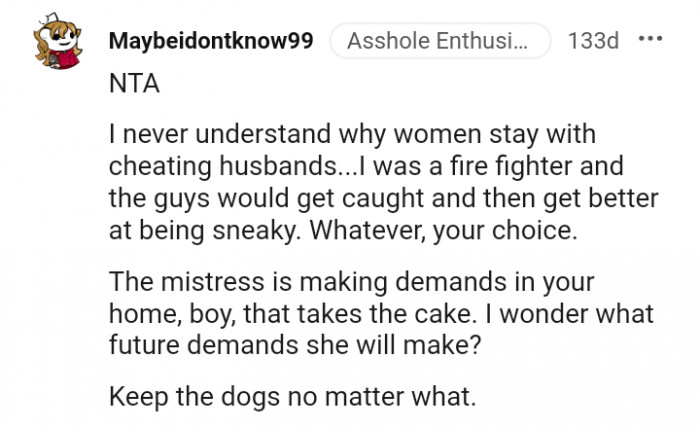 “NTA. Nope nope nope. He made the mess, he can be responsible for it”

“NTA, ugh, the audacity of that woman demanding you get rid of YOUR dogs after almost ruining your life”

It seems OP has a lot of people on her side. We guess it’s safe to say the comments section is filled with dog lovers who understand how difficult it is to get rid of dogs.

According to them, OP was right as she had already made a lot of compromises, one of which was forgiving her husband after he cheated.