One of the worst things about having a pet is knowing they will cross the rainbow bridge sooner than we want them to. It’s a heartbreaking fact but it gives us the push to give them the best life possible.

OP has known the pain of losing a beloved pet and vowed not to adopt another one. OP dealt with one of the worst griefs any human could go through: he lost the love of his life due to an unfortunate accident.

At that time, their dog felt the loss as well and whined about his loss. OP hated seeing their once happy dog mourn and wait for his mom who will never come back.

Eventually, the dog’s daily routine helped OP get out of his depression. Their lives were upended once more when the dog got cancer.

OP poured all of his resources to restore his dog’s health. The dog got surgery which left him with one eye that diminished his ability to play fetch but he did get better.

When the dog passed, OP swore never to get another dog again — he simply couldn’t deal with another loss. A few years later, OP met his wife who happened to have a red heeler puppy.

They got married and adopted their kids. OP tried his hardest not to get attached to his wife’s dog but he miserably failed and ended up falling in love with the pup.

Like a bad joke, OP’s new dog recently got diagnosed with cancer

OP hasn’t spared a dime for their dog’s cancer treatment but she doesn’t seem to be getting any better. She is in constant pain but OP’s wife and kids don’t want to give up yet.

OP asked the vet what other approach they can try to help their dog but even the vet is out of options. He told OP that there was nothing else they could try and it is just cruel to keep her alive in her current condition.

The wife didn’t take the news well and got mad at OP. She accused OP of not loving her as much as his deceased girlfriend, otherwise, he would be exploring all of their options to keep their dog alive.

OP is stuck between a rock and a hard place: his kids are crying, his wife is crying, and their dog is in pain. OP doesn’t want to think about it anymore but he believes that it’s time to let their dog go. 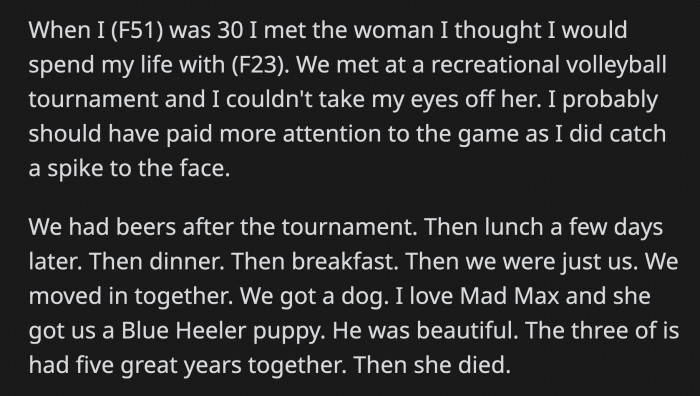 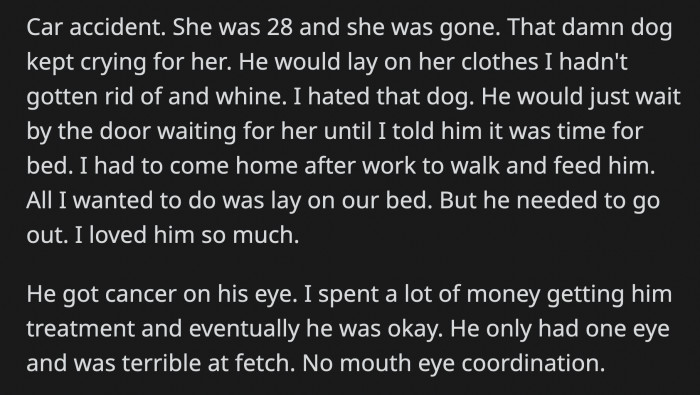 OP made a promise: 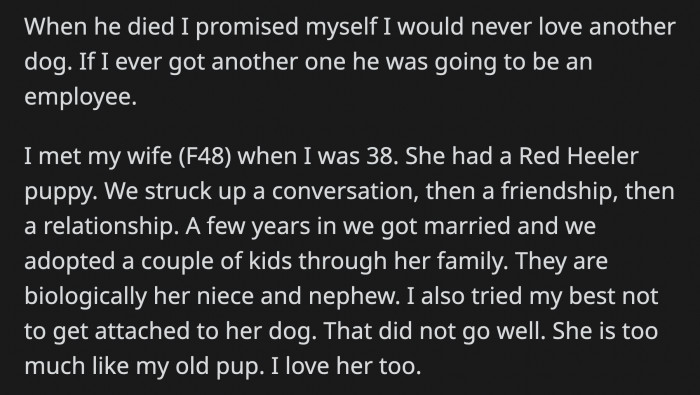 Their dog was diagnosed with cancer:

A professional has said that it would be cruel to keep the dog alive at her current condition. OP’s new job is to make sure that the dog has a fantastic final day when the time does come. 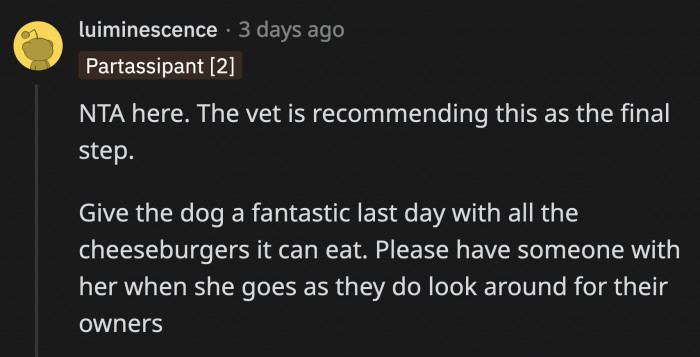 It’s really a good idea to have OP’s wife talk to the vet. Maybe then she will listen to reason. 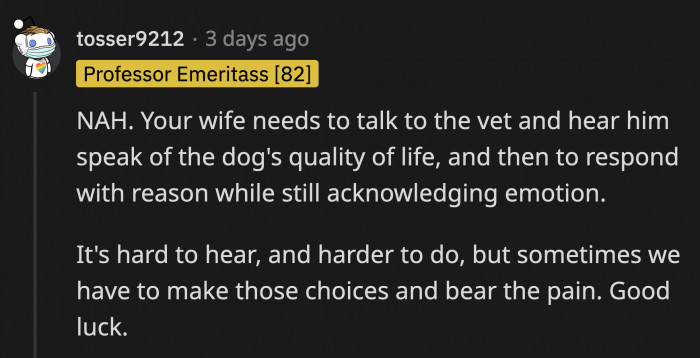 Part of loving a pet is making sure they live the best life possible and that includes they don’t suffer through any unnecessary pain. 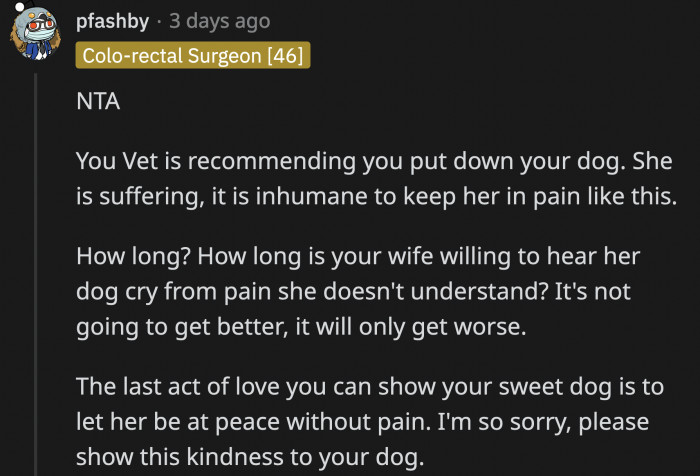 Sounds like a wonderful day for OP, his family, and their beloved dog

Grief and guilt are difficult emotions to deal with. Choosing to let go of a beloved family pet because it is in pain will be a devastating decision for anyone.

It is, however, a part of our responsibility as pet owners. It is heartbreaking but we must remind ourselves that our dog’s quality of life comes first and it is up to us to make sure they no longer suffer.