The deep blue sea is one of the most terrifying places on Earth. It’s dark, it’s cold, and it’s full of deadly creatures.

But there’s one thing that makes the deep blue sea even more terrifying: the unknown. What lies beneath the surface of the water?

What mysteries does it hold? These are the things that make the deep blue sea so terrifying.

Even though we’ve all seen pictures of the deep sea, those photos don’t do justice to the true terror of the place. When you’re standing on the edge of the water, looking down into its inky depths, it’s easy to feel like you’re about to be swallowed up by the darkness.

And if that’s not enough to scare you, consider the fact that we know more about outer space than we do about the depths of the ocean. If you want to feed your curious mind about what lies in those depths, you came to the right place.

We compiled some of the most terrifying ocean facts from the AskReddit community that will truly creep you out.

Many people delivered brilliant answers to this question

I remember watching a YouTube interview with a military diver. He described how when you’re doing a covert op you spend a lot of time just underwater doing nothing with no lights on until it’s time to move.

He specifically mentioned how he had to get used to having large things bump into him in the pitch black. 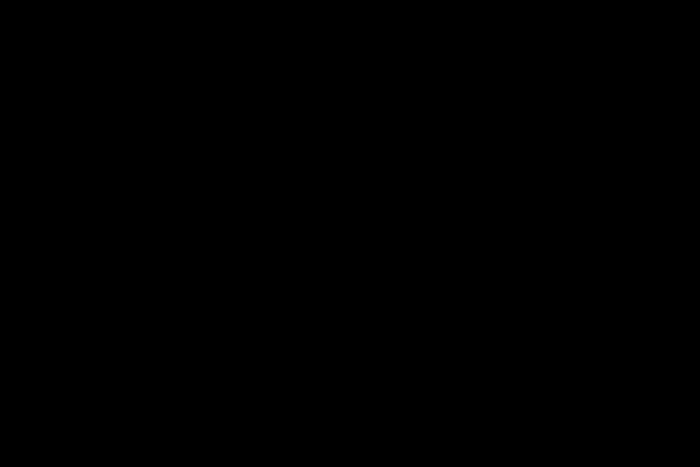 2. Do you know the answer to this riddle?

I am a sailor and I am in love with a cold heartless b***h who couldn’t care less whether I live or die. 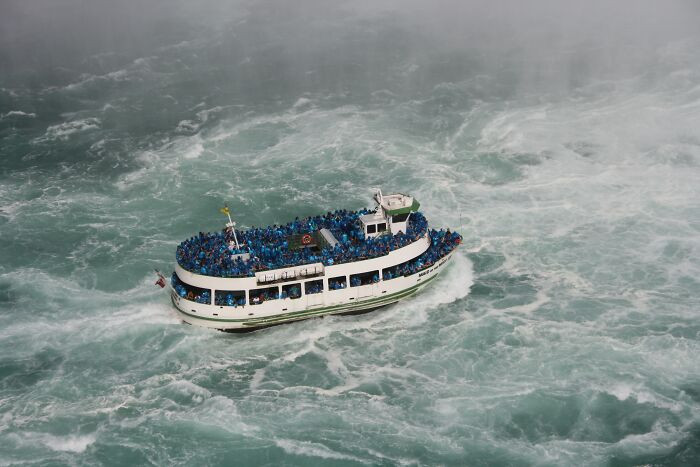 Most of the plastic pollution in the ocean is not from straws, shopping bags, or consumer items as most of us were led to believe. 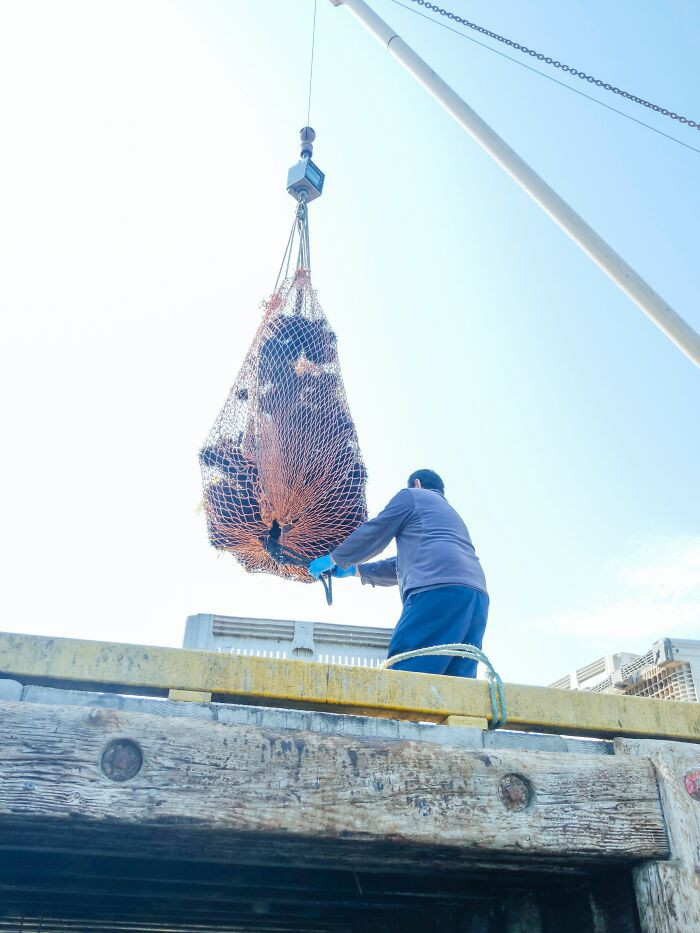 4. A whale becomes a world

When a whale dies, it creates a whole new ecosystem 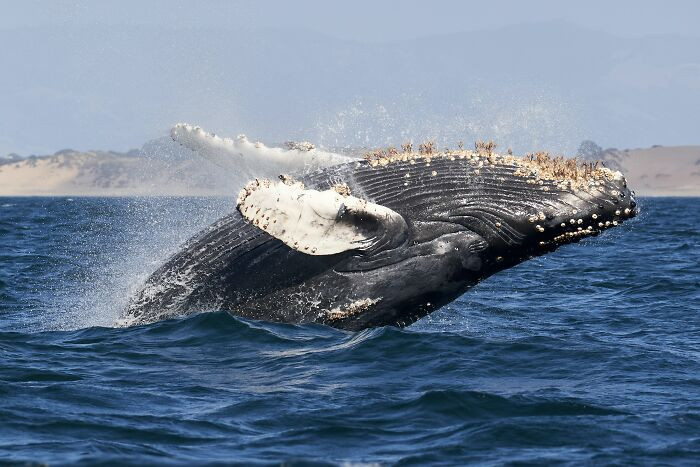 I’m a scuba diver and one thing that really scared me when I first started off diving, you hear SO MUCH more underwater then you ever will above on the surface, I’m not even talking about like the shifting or just the water itself moving, your hear things like fish clicking and other things like that, cuz underwater sounds move and travel a lot more so you hear a lot more and much quicker, was pretty out of nowhere when I first went under 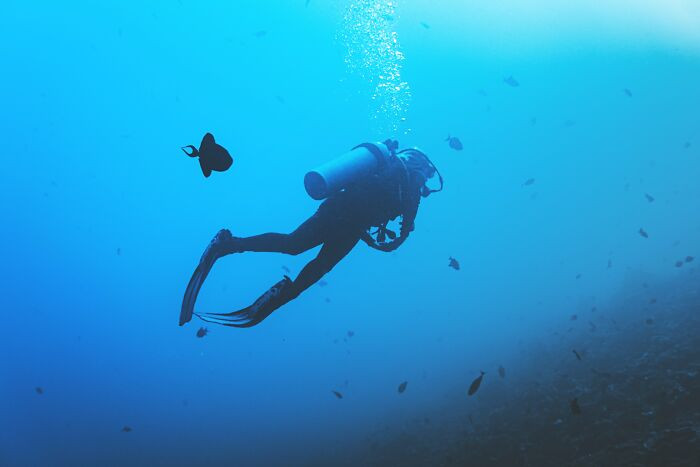 “Hot tub of despair” is a lake under the ocean, in the gulf of Mexico. It is highly concentrated with salt and has dissolved methane. Any creature that enters dies. 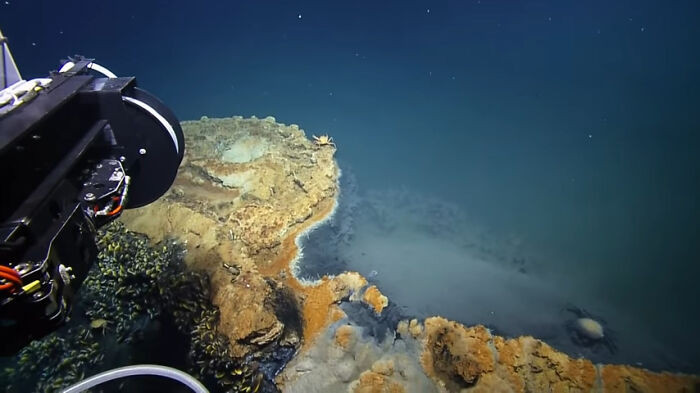 We don’t really know whats it in I can say that for thousands of years we drew sea monsters beliving they lived in it. Surprising alot of stuff we found in those pictures were in the ocean. (Giant Squid recently ). Just makes you think what else is actually down there that we don’t know about. 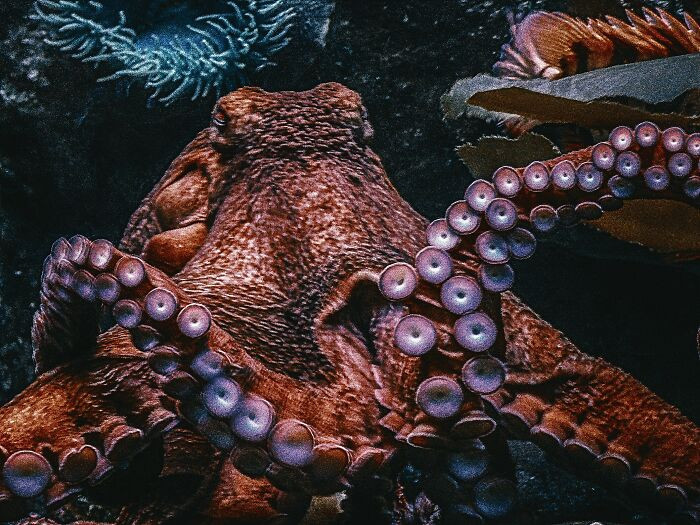 There are perfectly-preserved shipwrecks from ancient Greece preserved at the bottom of the Black Sea. The water is so deep that it becomes anoxic (oxygen free), which preserves organic materials like wood.

Shipwrecks are cool, but I find the phenomenon a little disturbing, since there is probably no life down there. 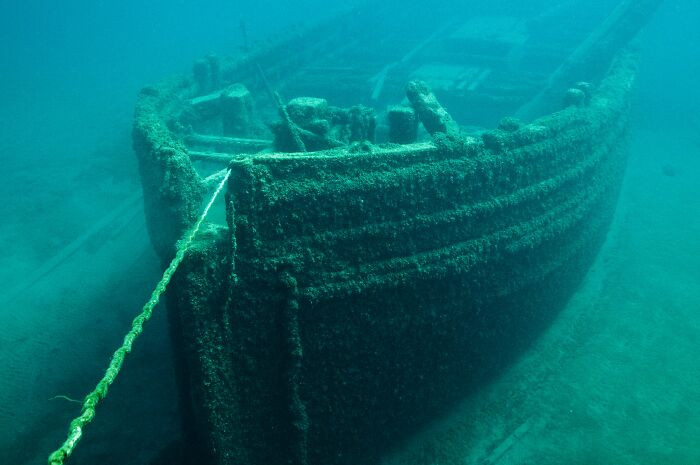 9. We truly don’t know everything about the sea 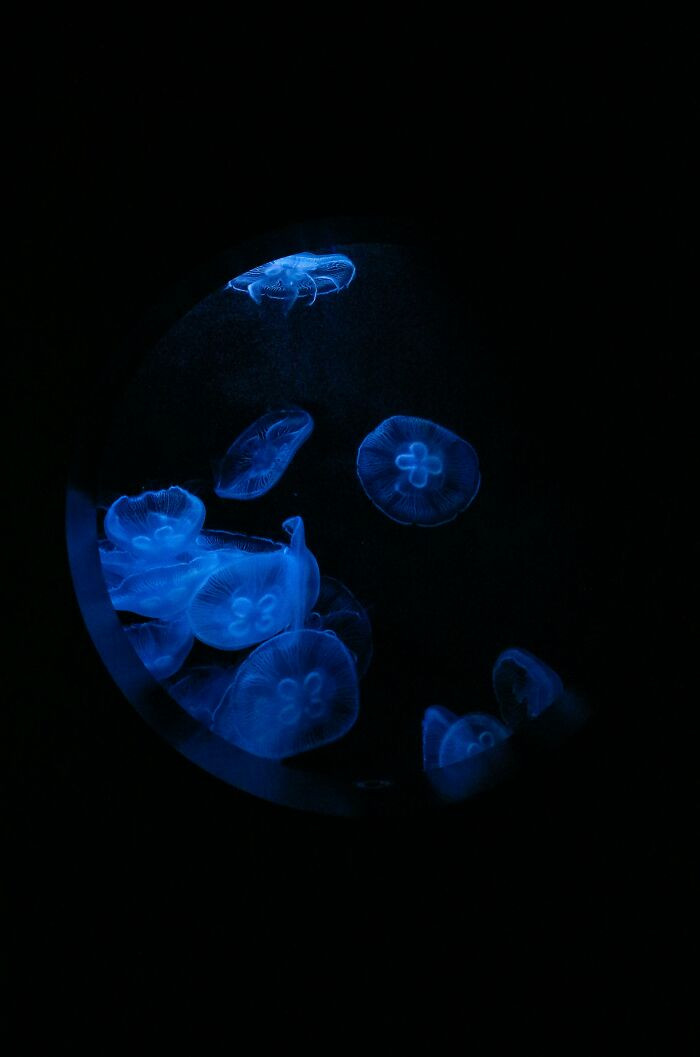 10. We truly don’t know everything about the sea

Only 5% of the entire ocean in the world has been discovered, that means that there is still 95% unmapped. 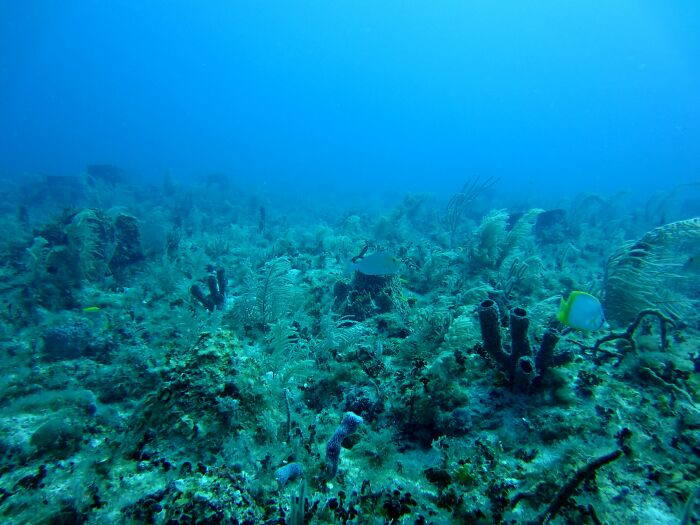 Lost sailors in the sea who cling to wreckage basically have their skin dissolved by salt water after soaking for more than 3 days. 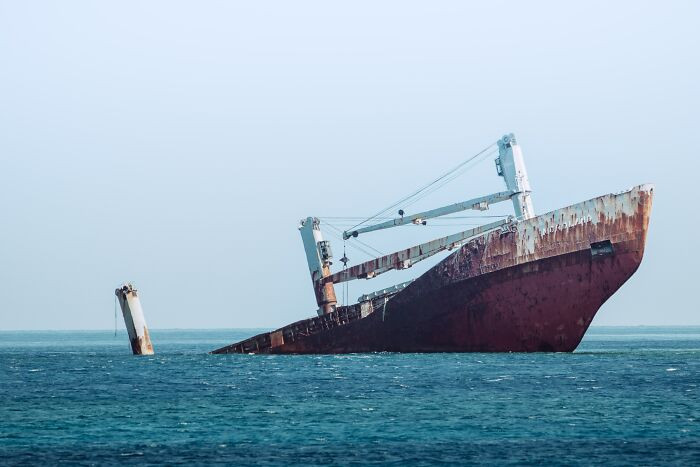 12. The reality of the ocean

When you dip your toe in the water you are no longer at the top of the food chain. 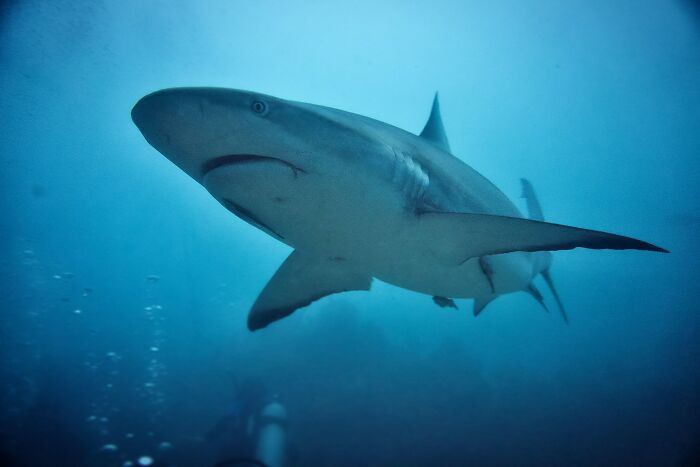 This story is corroborated by the survivors. During one of the world wars, a ship was sunk and 11 survivors clung to a lifeboat until one of them was dragged down into the abyss by a “cephalopod”. If he wasn’t killed by the animal’s beak, he would have died a horrific pressure death while the cephalopod probably rapidly descended with it’s life prey. It’s not possible to say which species this cephalopod belonged to, but the Giant Squid and Colossal Squid are the largest and heaviest known so far. And some scientists speculate there might lurk an even more massive species of cephalopods deep down in the ocean.

And whenever you sail by boat and look down into the deep blue darkness of the ocean, remember that the probability will never be zero to be suddenly grabbed by one and dragged down into the total darkness, dying a horrible, horrible death. 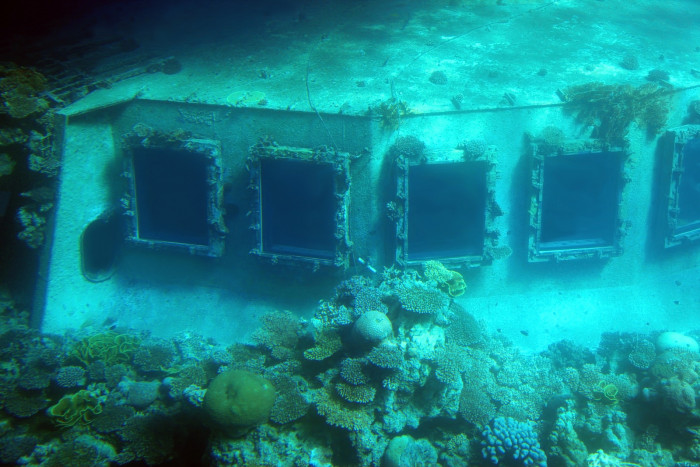 I tell new scuba divers this: The ocean doesn’t care about you. It’s not actively trying to kill you. But it will do a lot of things on its own that will absolutely kill you if you’re not prepared and paying attention.

I realize this could apply to any natural environment but it feels much more apt when talking about the ocean. One wave that you weren’t prepared for can make your day pretty bad. For the ocean it’s just business as usual. 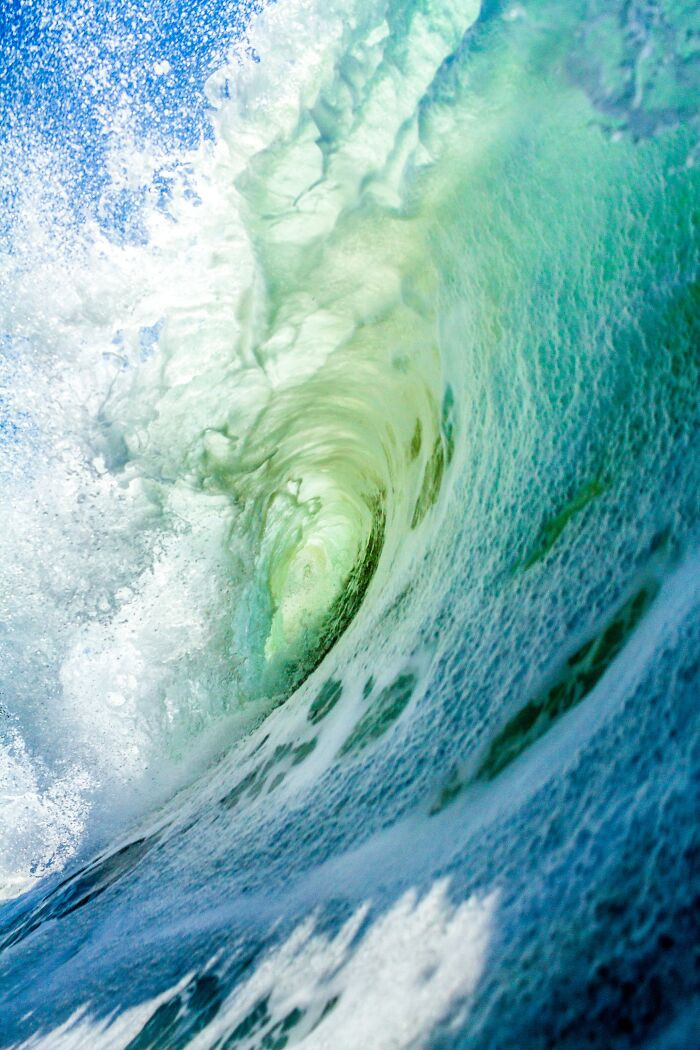 15. The world’s most isolated place

Point Nemo is the most isolated place in the world. It’s in the middle of the South Pacific gyre, which is a massive rotating current that basically keeps any nutrients rich water from ever getting in. So there is no sea life anywhere to be found except for a few crabs and bacteria that live near some thermal vents on the ocean floor. It’s so far away from any land that if you sailed there the closest people would be on the international space station. This is the location HP Lovecraft was describing when he provided the location of R’Lyeh where Cthulu and the other old ones love, although Lovecraft’s coordinates were slightly off.

And in 1997 the loudest unidentified underwater sound ever recorded, known as “the bloop”, originated near there. It was loud enough that it was recorded from multiple sensors 5000 miles apart and lasted for over a minute.

The prevailing theory is that it was ice cracking off the south pole but we don’t actually know what caused it for sure. 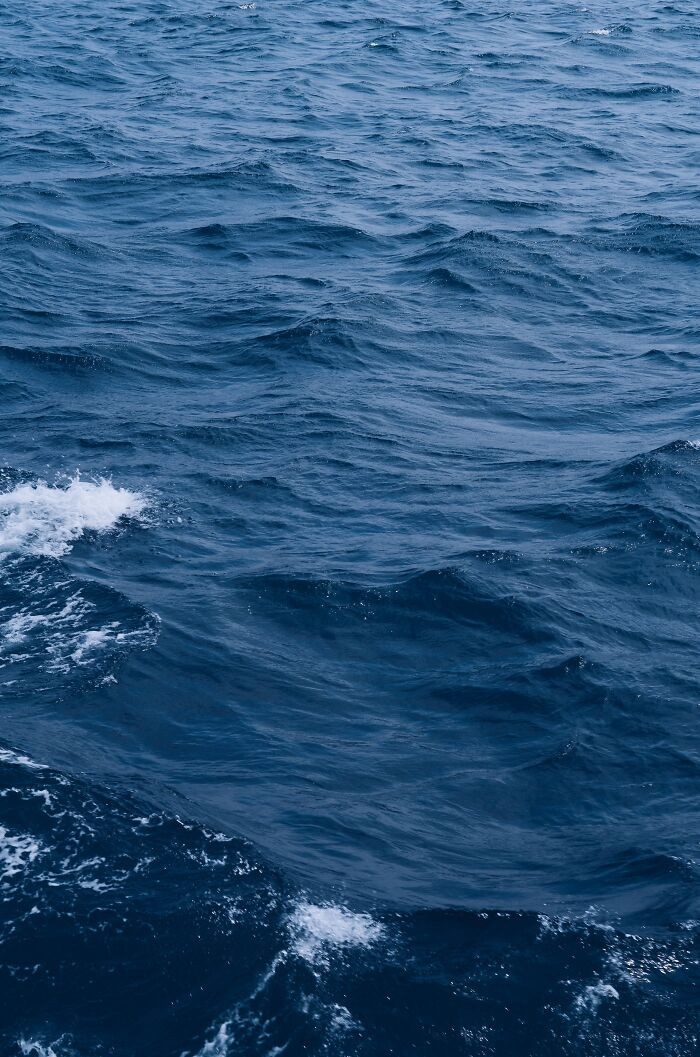 16. The importance of the Gulf Stream

This will be catastrophic. 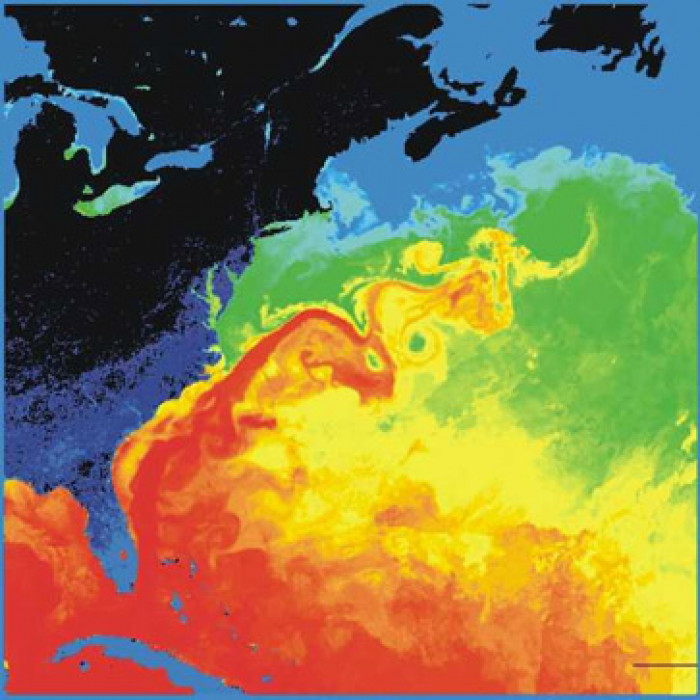 17. How humans screw up the lives of sea creatures

The sonar we use for deep sea mapping really screws up a number of species especially whales, dolphins and porpoises. Imagine walking around and a tornado alarm decibel-level noise triggers right next to you. We do that every time we use that high-powered sonar and it basically f’s up their own sonar abilities causing them to be unable to communicate and navigate. 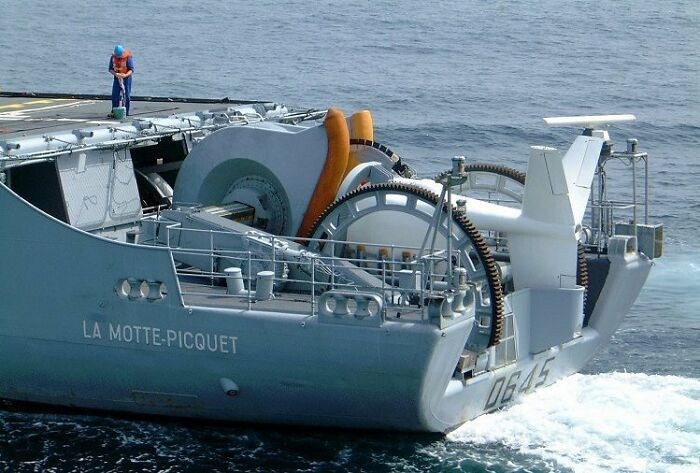 18. Bodies of water under the oceans

Depending on the person then this could be scary or really cool.

Oceans can have underwater oceans, rivers and waterfalls. Due to different water temperatures and density and all that scientific nonsense. 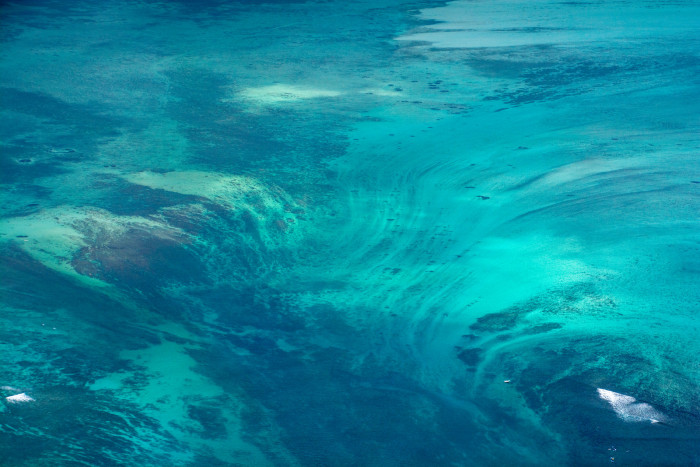 The Mauna Kea Volcano in Hawaii is the both the tallest Undersea mountain and the tallest volcano Hawaii. It sits 6000 meters below the surface of the ocean and stands a staggering 4000m above. Giving it an overall height from ocean floor to peak of 10,000m. 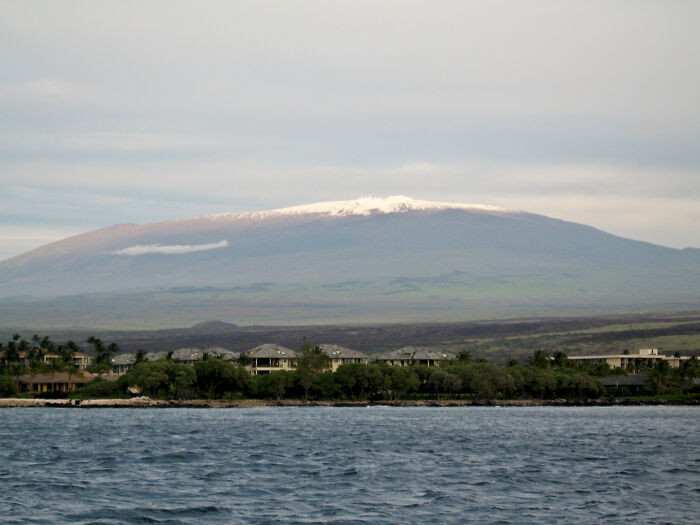 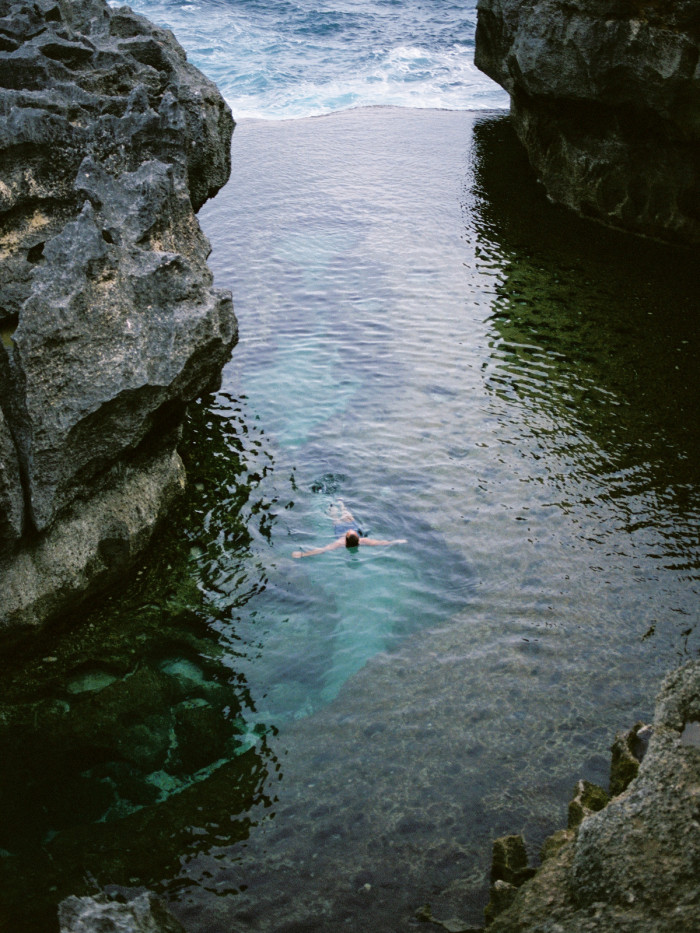 21. The negative impact of greenhouse emissions

Increasing concentrations of atmospheric carbon dioxide (CO2) lead to higher concentrations of dissolved CO2 in surface seawater. This results in ocean acidification, which may affect the growth of the photosynthetic phytoplankton that form the basis of marine food webs.

So, total marine ecosystem collapse due to greenhouse emissions, the ocean produces more than half of the oxygen on earth, so that doesn’t bode well for us. 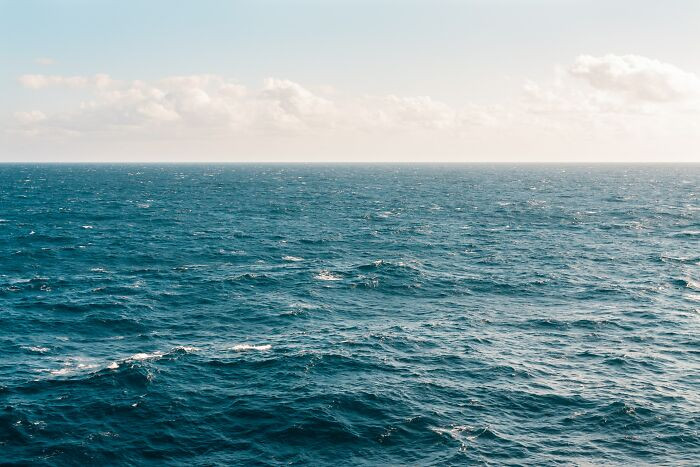 Well Crippin should have dumped his wifes remains in the ocean because not an ounce of food goes to waste including the bones.

If you need to get rid of a mass grave don’t bury dump at sea and the entire body will be eaten which will actually be beneficial to the ecosystem as a whole.

We shouldn’t be burying people but dumping them at sea. 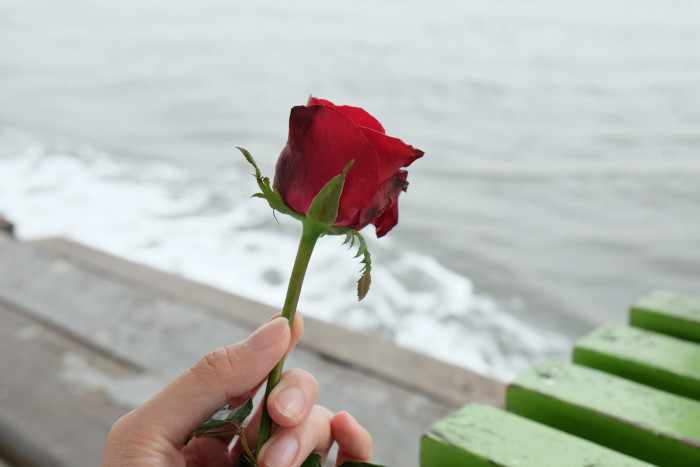 23. This is probably why oceans are hard to explore

94% of the Earth’s oceans are just pitch black darkness. 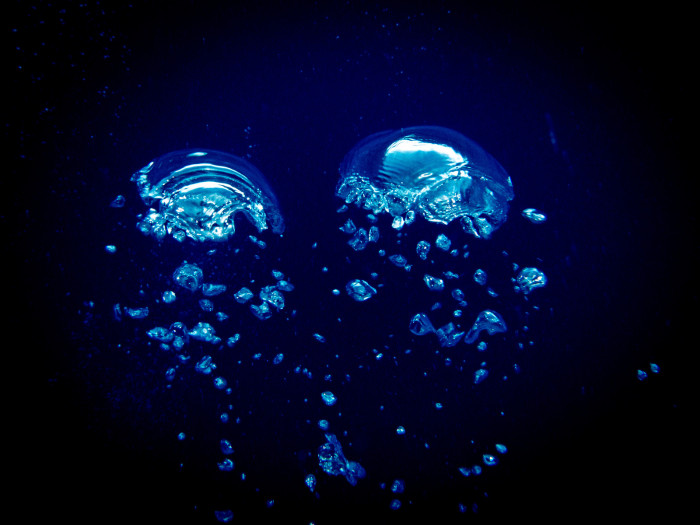 24. What typically happens on cruise ships

If you commit suicide by jumping off a ship in deep water you will never be found, happens often enough on cruise ships, in those warm waters you’ll be nibbled away before you gain buoyancy and return to the surface 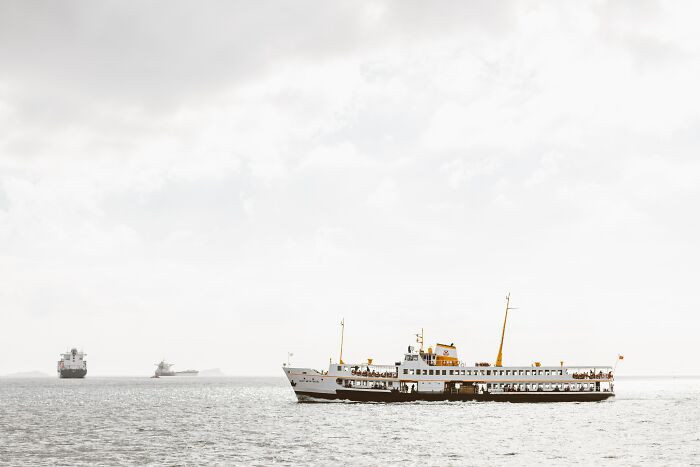 25. The reason behind the ocean’s color

The ocean is blue because all the other pigments are absorbed. So after a certain distance down everything thing becomes a monotone blue color, unless you have some other light source.

The freaky part is if a diver gets cut underwater the blood looks black, like ink. All the red has long since been absorbed so there’s no wavelengths left to show you a red color when you bleed. 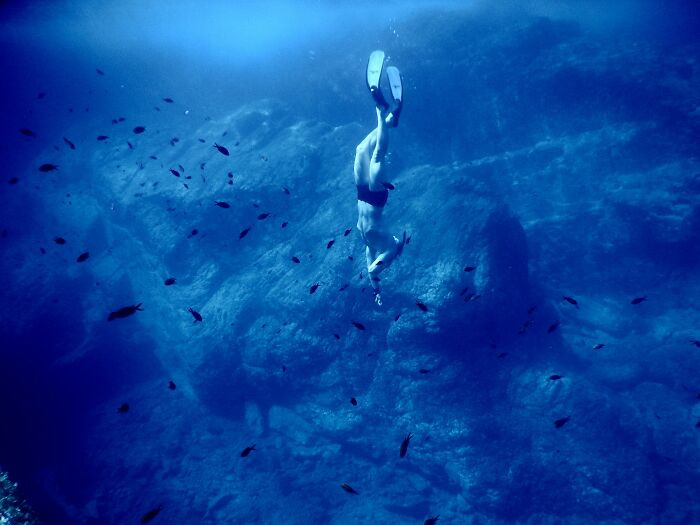 26. The number of viruses in the ocean

There are more viruses in the ocean than there are stars in the Milky Way. 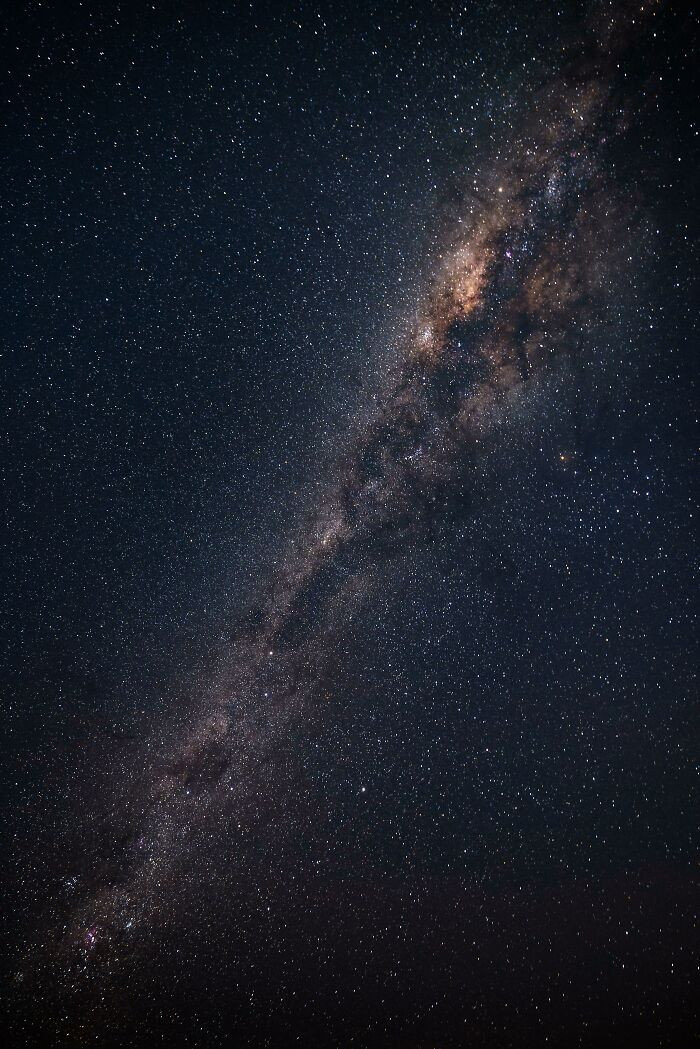 27. Imagine if the ocean becomes devoid of oxygen

There are parts of the ocean which are dead no oxygen in the water which means nothing can survive, no fish no plankton nothing at all. They are spreading exponentially. Whilst they are tiny now and have been. At the rate of growth. They’ll cause serious problems before the end of the century. 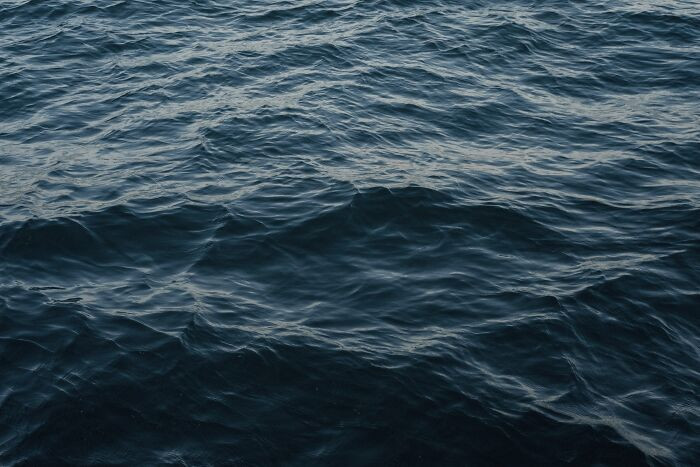 The Mariana trench is deeper than Everest is tall. 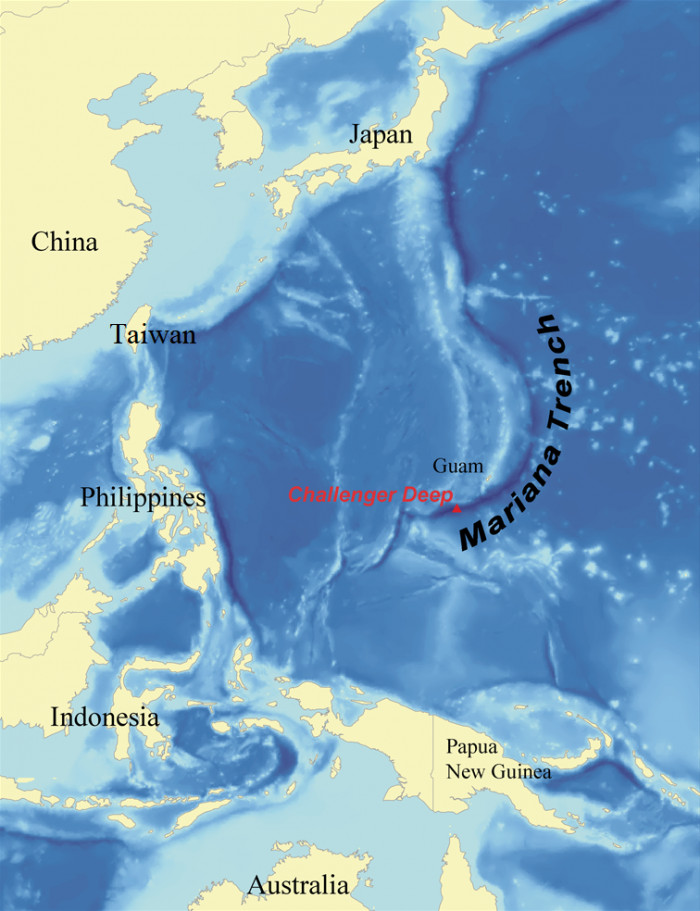 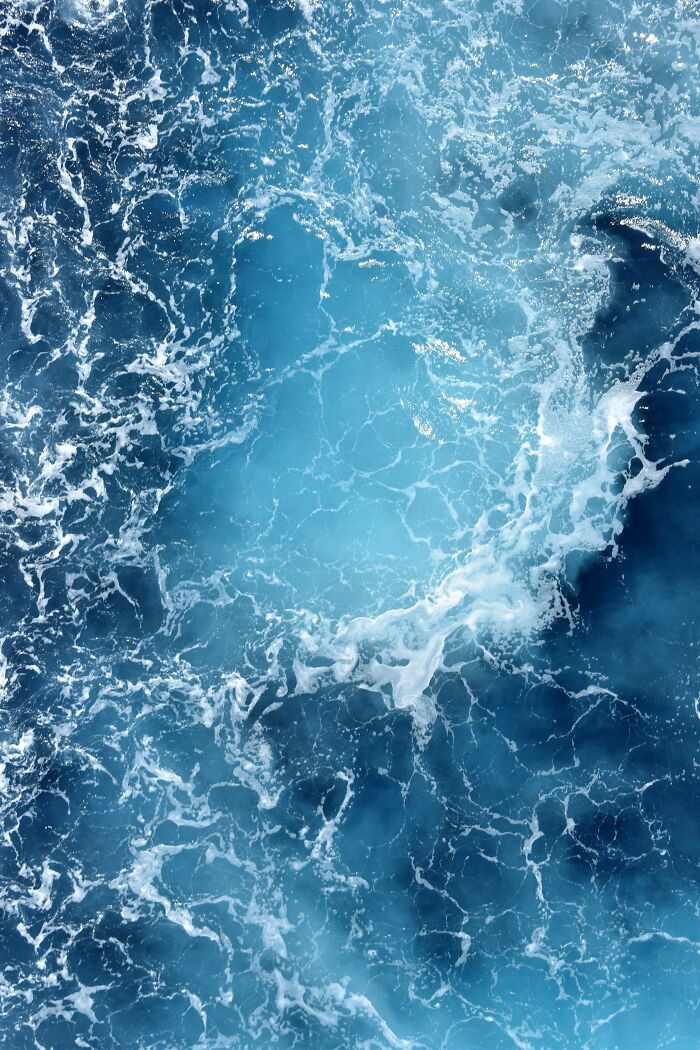 When sea creatures die in the ocean and their bones sink to the deep ocean floor, zombie worms eat the bones. The skin secretes an acid dissolving the bones, digesting the remaining fat and protein left behind. 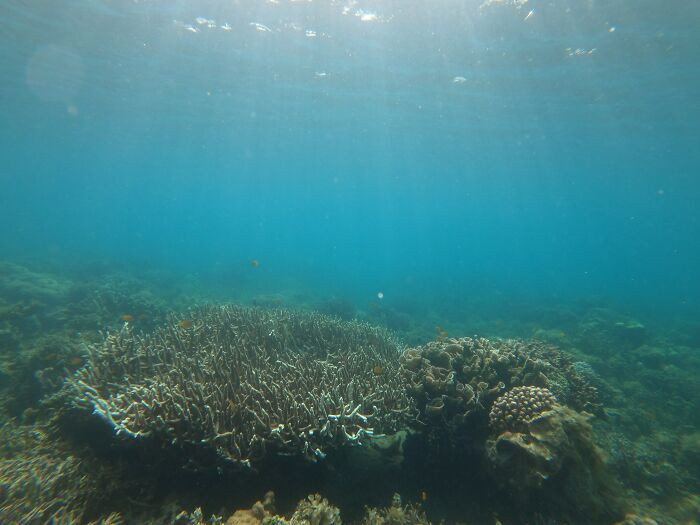 The ocean is full of mysteries and we are constantly learning new things about it.

Even though scientists have explored a good portion of the ocean, there are still many places left to be discovered. We may never know everything about the deep blue sea, but that doesn’t stop us from being fascinated by it.