Michelin stars are coveted by chefs all over the world who want to put their restaurants on the map of gastronomy. It is, without a doubt, a badge of honor. However, it is not necessarily a reliable indicator of quality, as many of us believe.

Geraldine DeRuiter, the founder of the Everywhereist blog, went into painfully amusing detail about her horrible dinner at Bros’ in Lecce, in southern Italy, which she described as “the worst Michelin starred restaurant, ever.”

This wasn’t the type of experience to brag about to your friends, from spoiled food and small servings to unpleasant service and citrus foam presented in a plaster cast of the chef’s mouth. This was something worth noting.

“Maybe the staff just ran out of food that night. Maybe they confused our table with that of their ex-lover’s. Maybe they were drunk. But we got twelve kinds of foam, something that I can only describe as ‘an oyster loaf that tasted like Newark airport,’” she says.

The story was so good that it went viral on Twitter and other social media platforms. But what makes it even better is the reply she received.

The chef at Bros’, Floriano Pellegrino, later responded with a three-page statement comparing his food to art. Take a look:

Geraldine paid a visit to Bros’, a Michelin-starred restaurant in Italy. Her experience, however, was really bad. 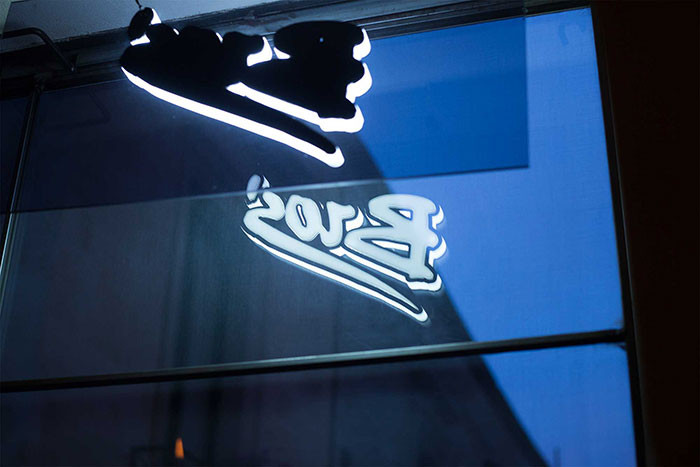 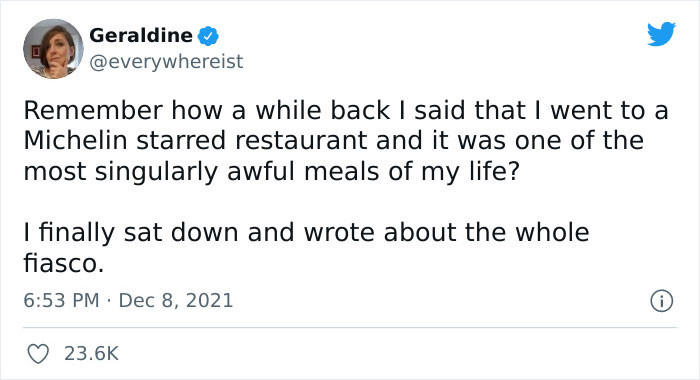 “This was the largest course of the 27 (We got six noodles and one piece of bread each) I’ve added the bread plate for scale.” 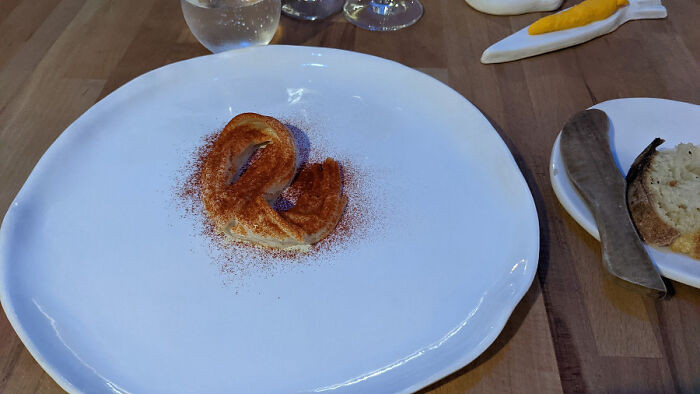 “A course for *two* people at Bros” 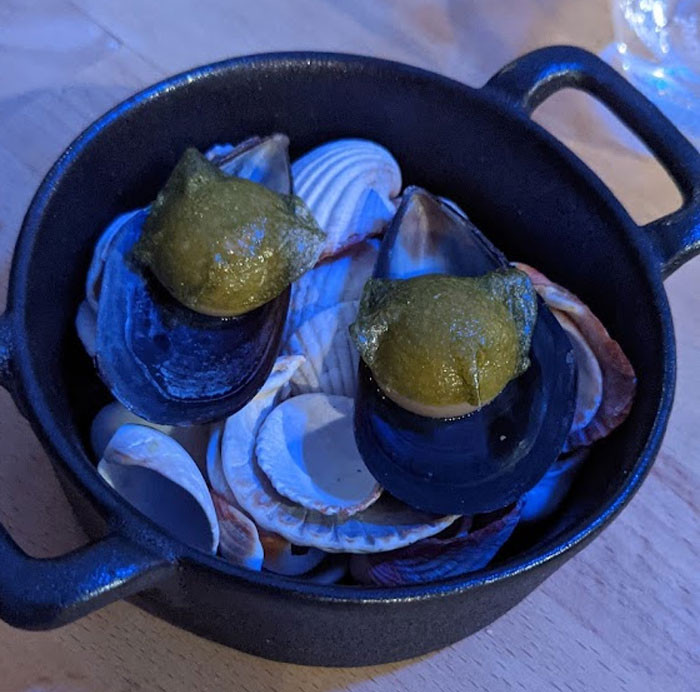 “Most annoying aspects from the whole dinner experience:” 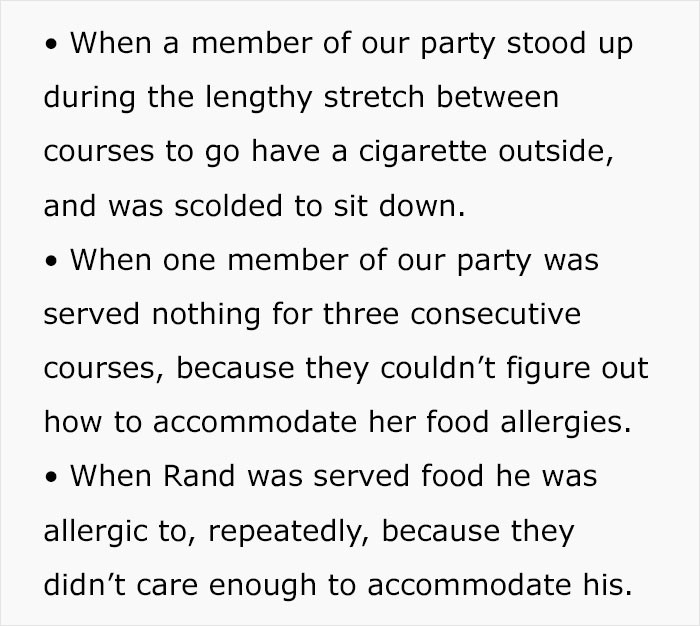 And there is a lot of them… 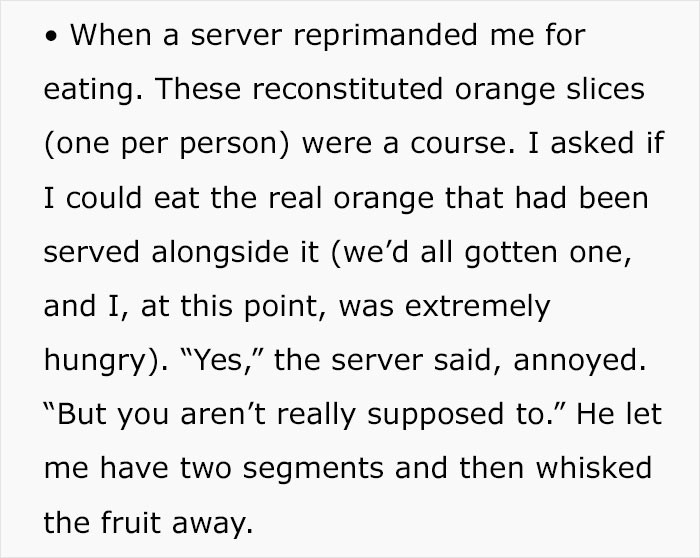 Orange as a meal 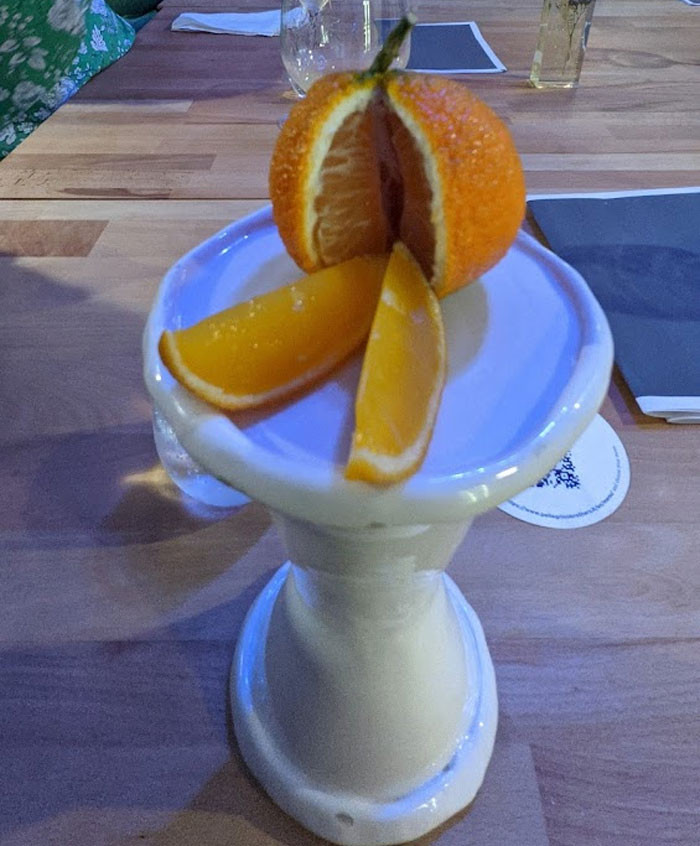 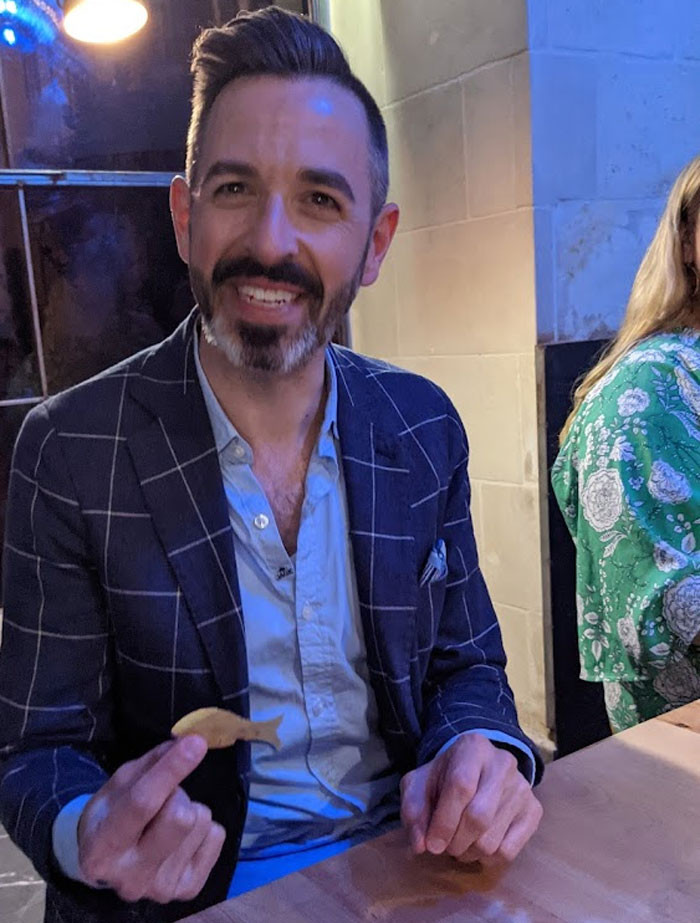 “This was a main course. It’s about a tablespoon of food” 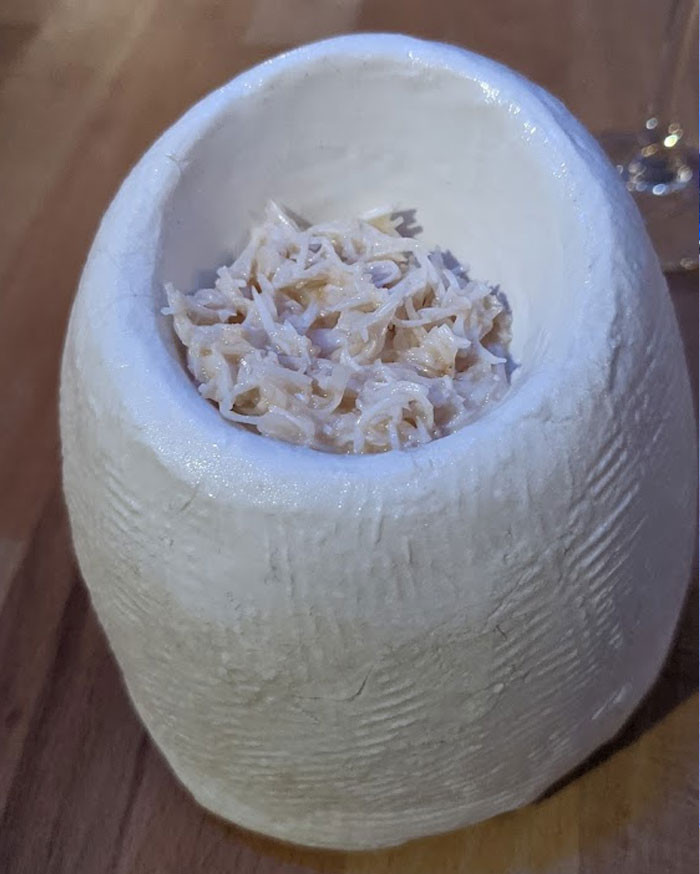 “A sliver of oyster loaf with foam. David’s face here says more than I ever can” 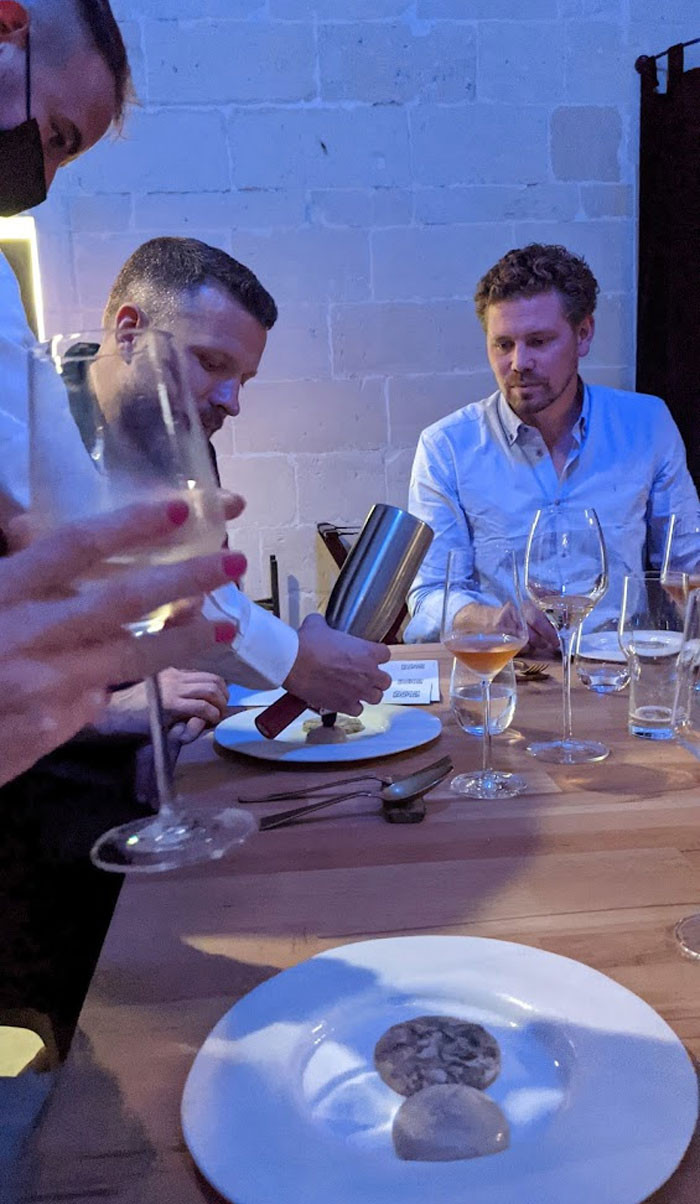 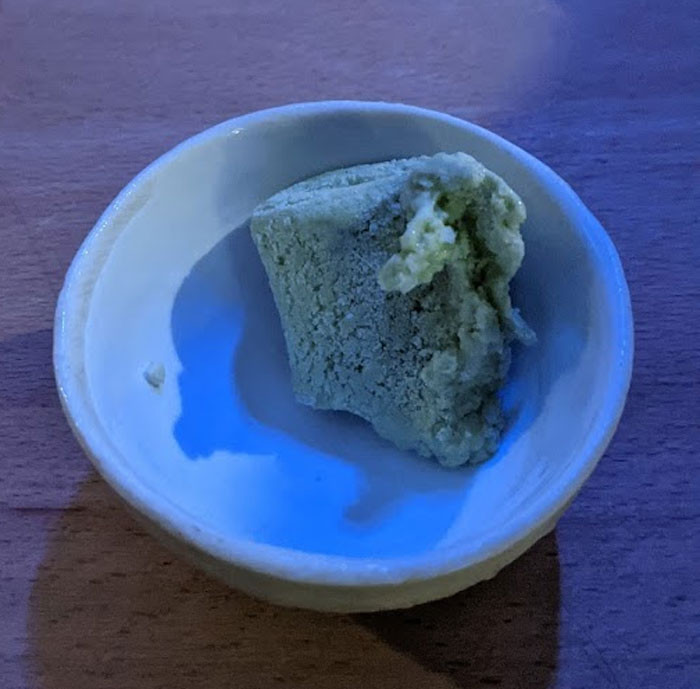 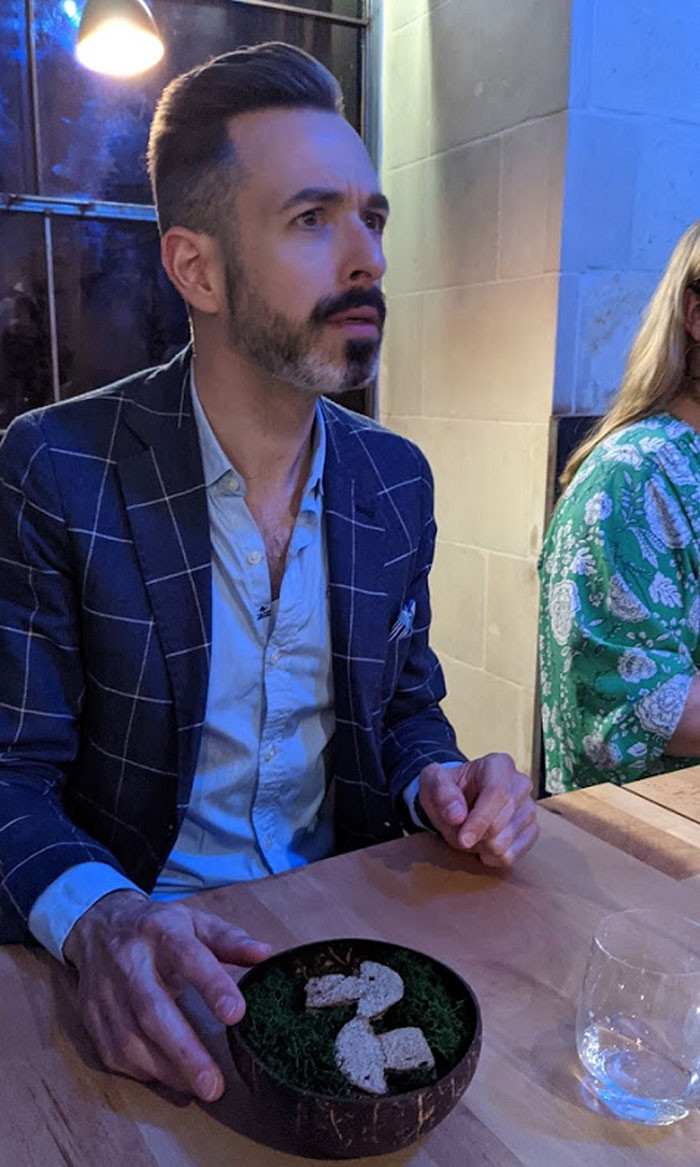 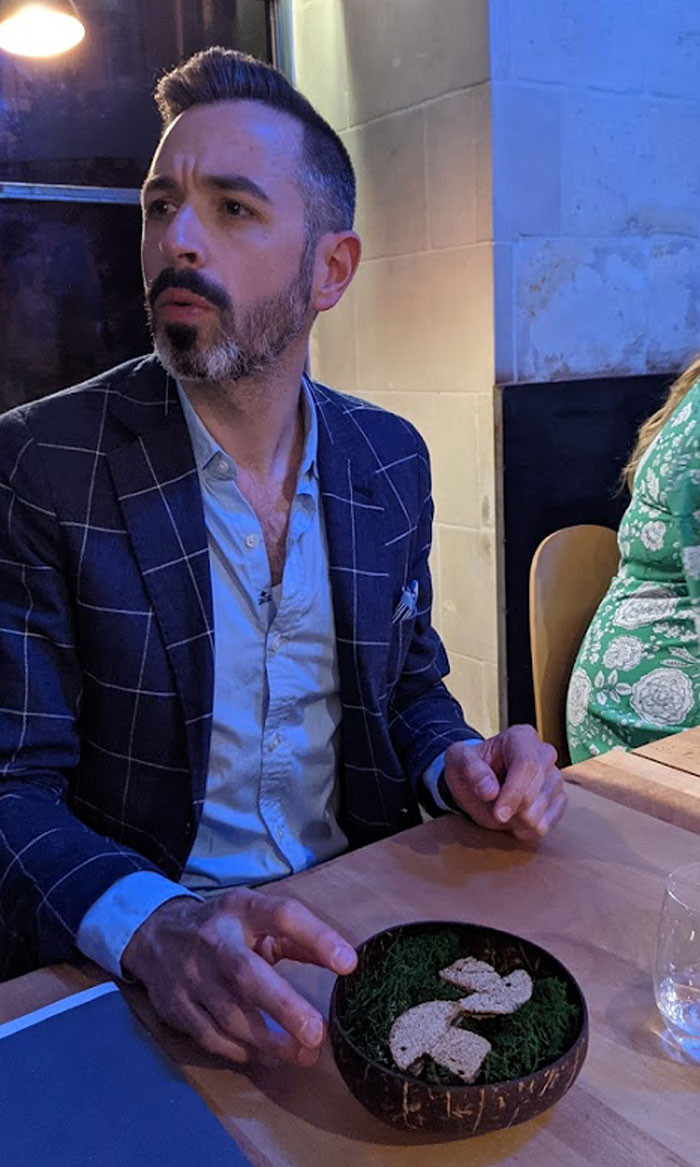 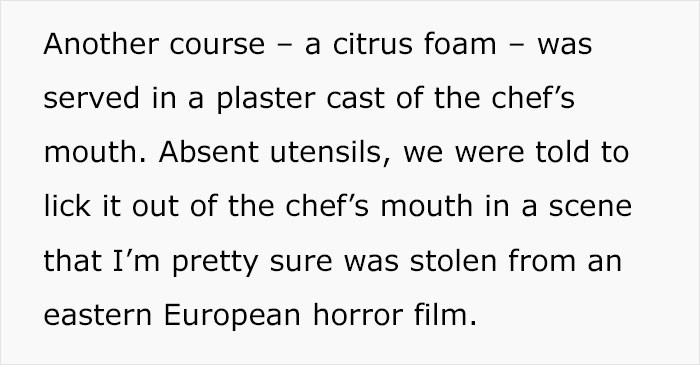 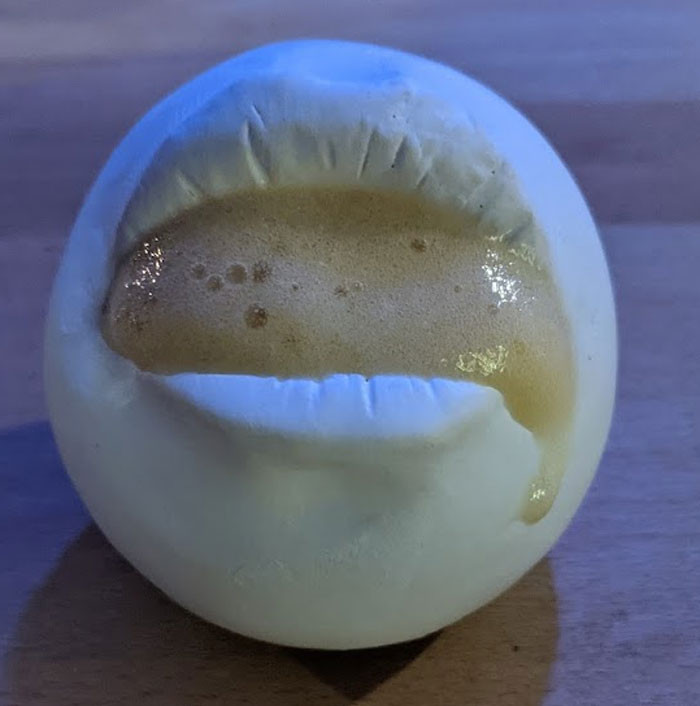 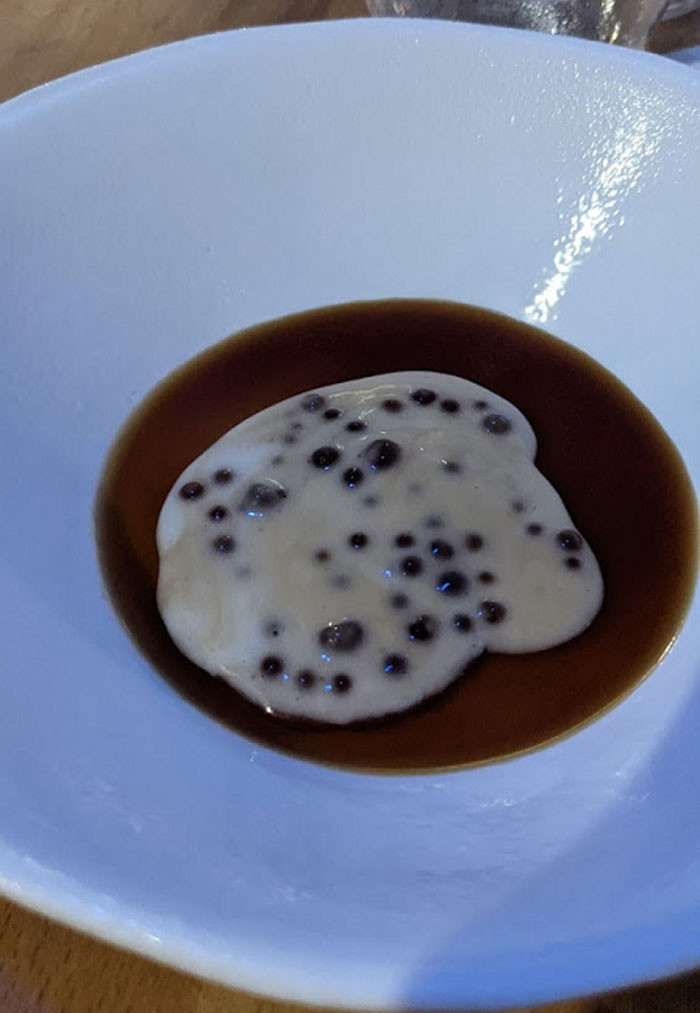 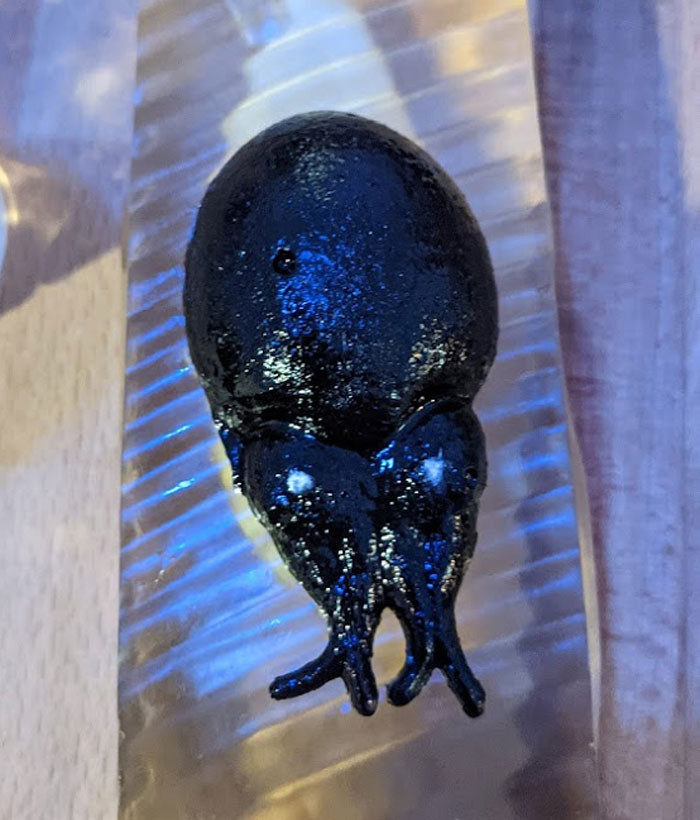 People can’t believe this is happening 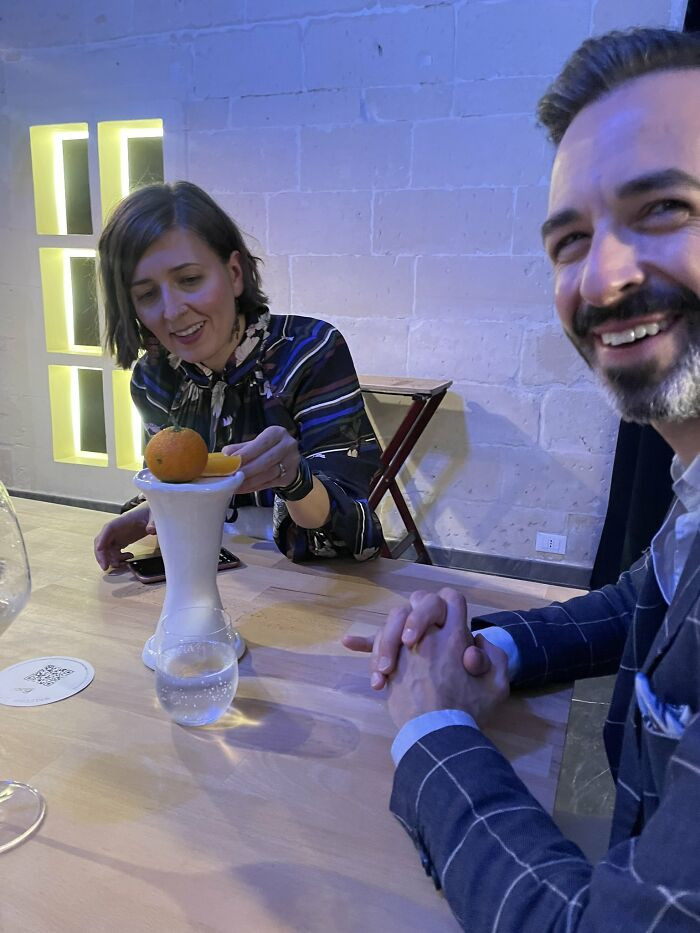 This has to be documented 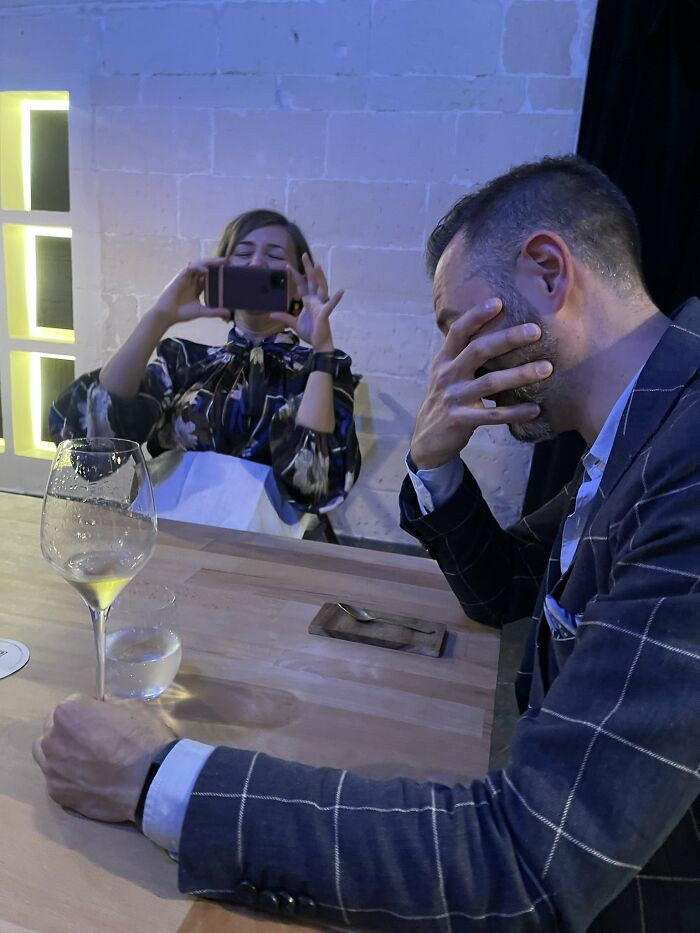 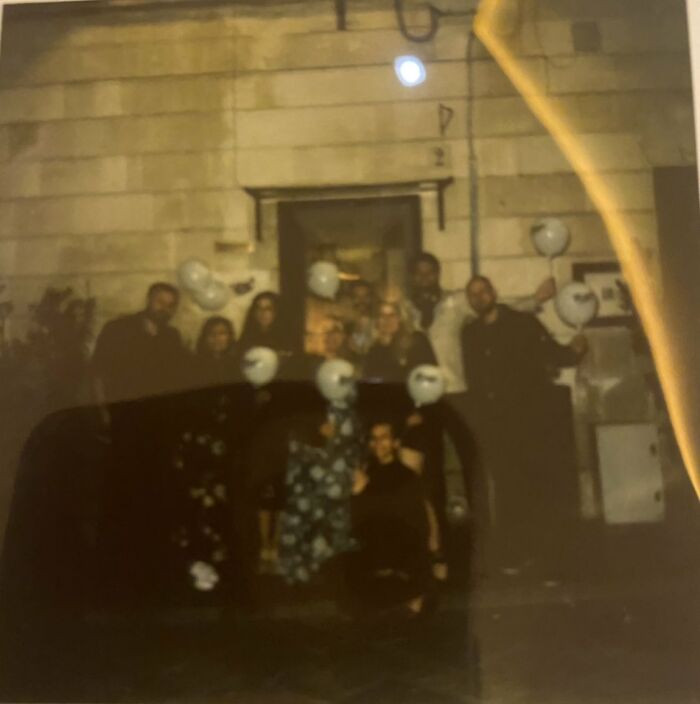 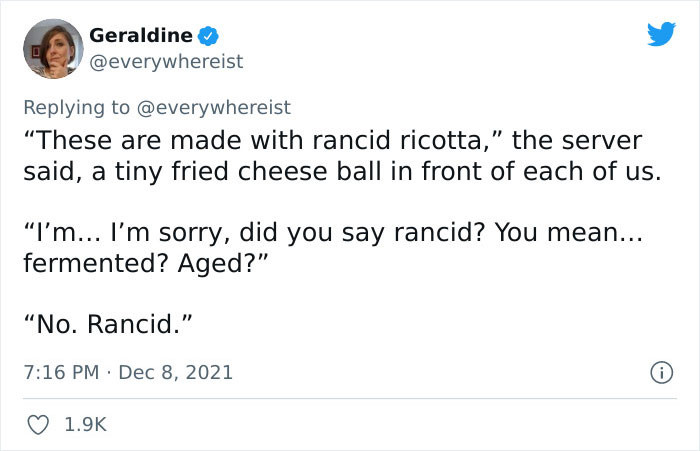 These are the chefs: 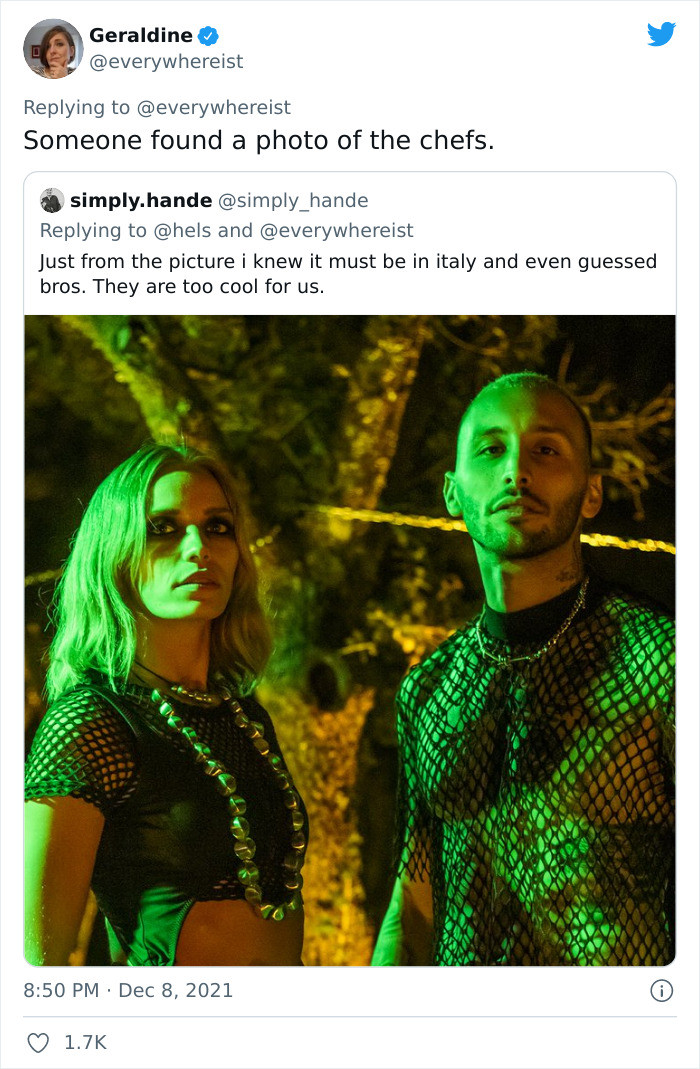 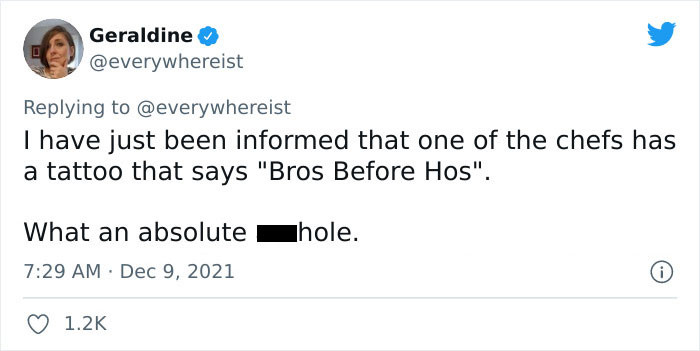 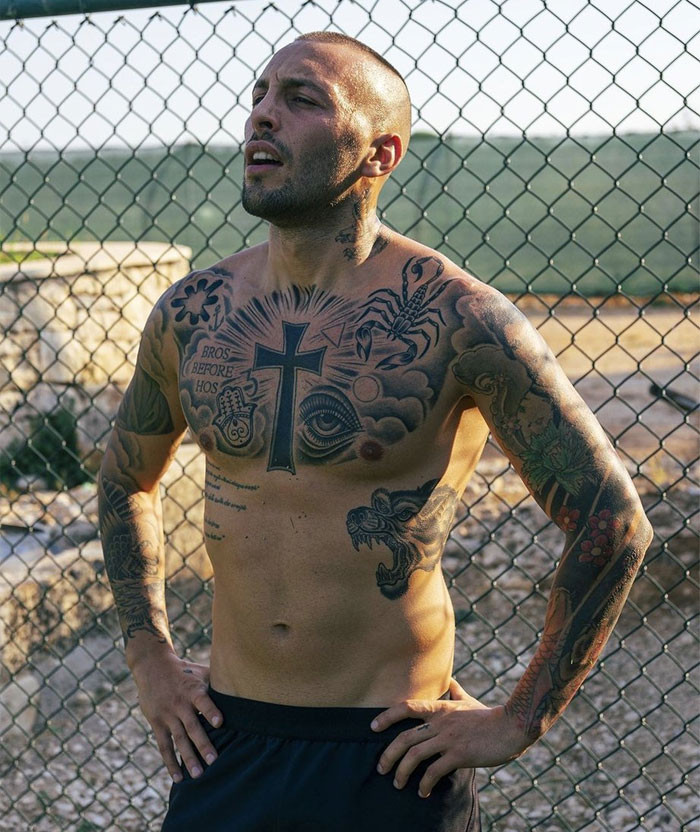 He replied to OP 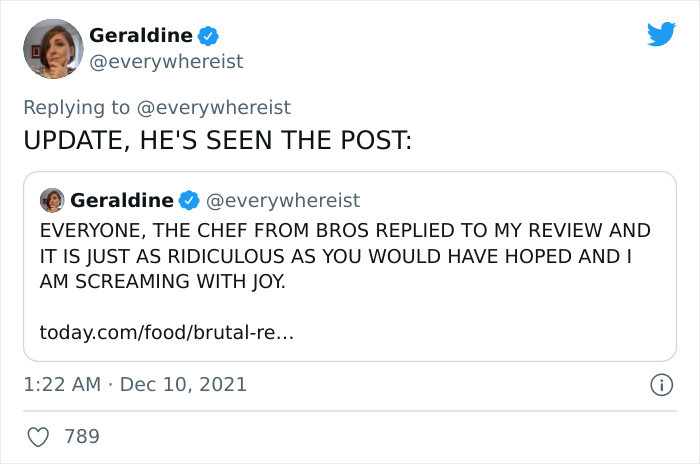 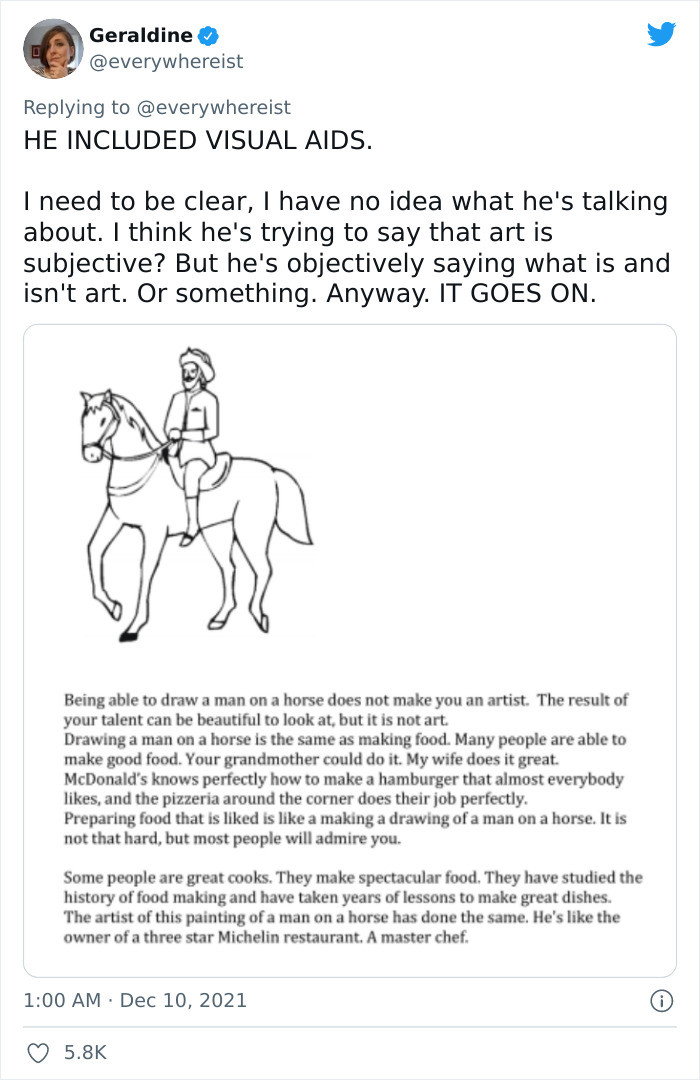 What is a man on a horse? 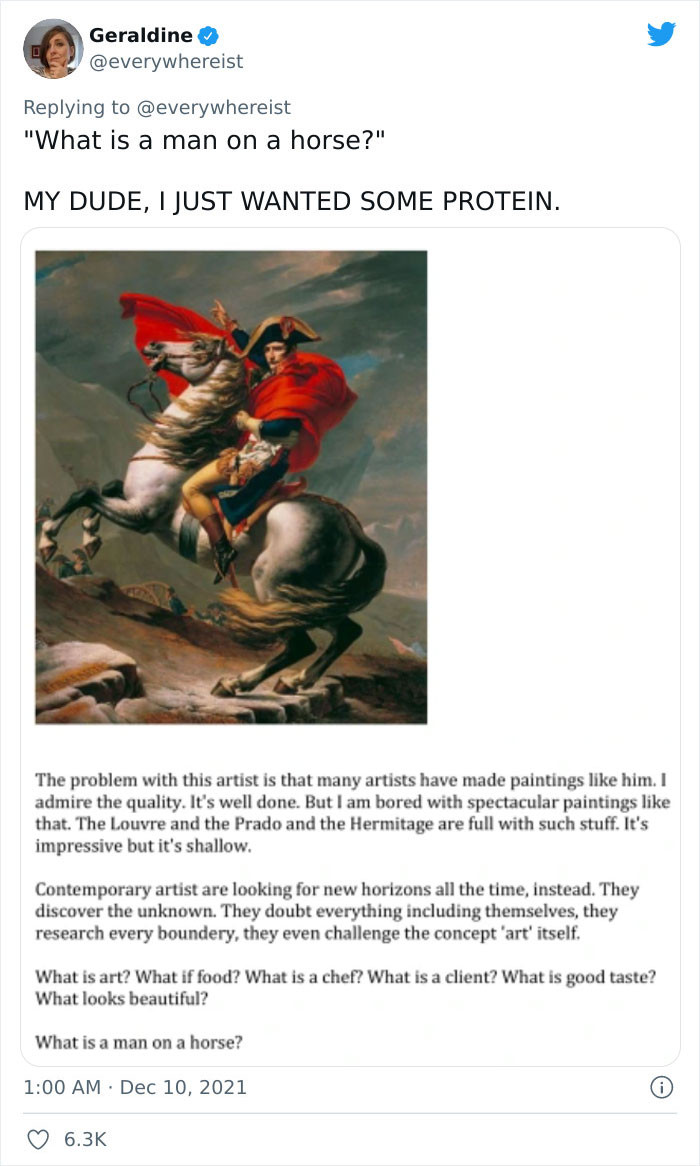 Well, at leas some good came out of the whole experience: 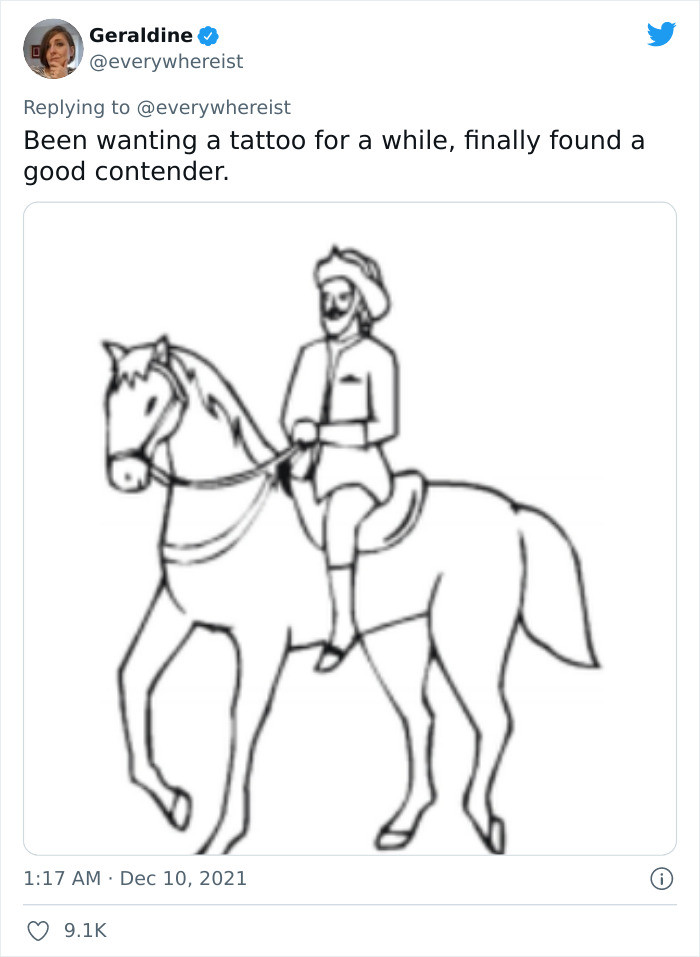 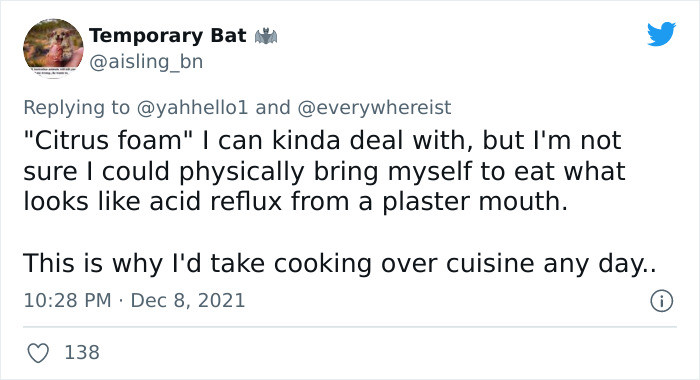 “We did it on purpose” so it is okay

That’s what you would expect…

Yes, that’s what he is saying…

We have to admit that sometimes it is important and desirable to be different. But some things shouldn’t be tampered with.

First of all, the food should be tasty. That’s the most important thing.

Creating art that no one likes is just useless. Maybe the chef should learn to cook before starting to accuse everyone they are plebs who can’t appreciate his “art.”